In real life, if you're driving or walking, Arroyo Seco and coastal Big Sur can feel worlds apart. As the crow flies (or as a wildfire moves) they are actually quite close, and firefighters are working to strengthen fire lines and protect structures on both ends of the Dolan Fire, which as of Tuesday, Sept. 15, has burned 119,488 acres, destroyed 19 structures and is 40-percent contained.

In a briefing Tuesday morning, Reggie Bray, an operations section chief with the U.S. Forest Service, said the focus over the past relatively mellow day has been strengthening and widening bulldozer line to the north, from the coast to Arroyo Seco.

"We had a relatively quiet night across the fire area," Bray said. 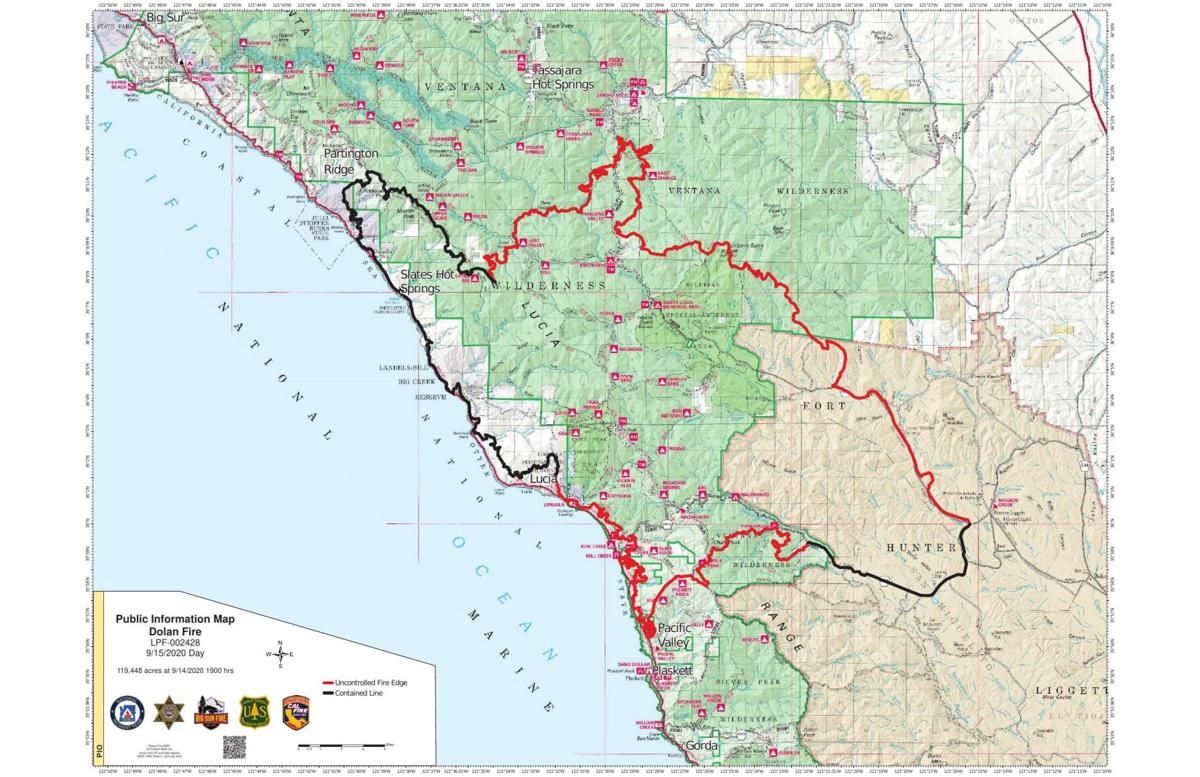 At the south end of the fire in Big Sur on Prewitt Ridge, firefighters began initiating burns today, and expect to continue for several days. Their goal is to burn unburned material around structures to eliminate fuel for the fire before it gets out of hand.

One ongoing challenge along Highway 1 is burned logs and rocks that continue to roll downhill, threatening to jump the road and create hazards in the road.

Because the fire is now burning on U.S. Army land at Fort Hunter Liggett, the U.S. Forest Service and the base are in unified command to lead the fire response, and Cal Fire is a partner as well, specifically working to protect structures in the Arroyo Seco area at the northern edge of the fire.