As of today, July 6, face coverings are mandatory in the city of Salinas, City Manager Ray Corpuz announced. He signed an emergency executive order that follows guidance from the California of Department Health and institutes administration citations that will bring a $100 fine for the first violation.

The order comes several days after Monterey City Manager Hans Uslar signed a similar order and increased enforcement in tourist areas along Cannery Row and the wharf area over Fourth of July weekend.

"With Salinas having the highest number of positive Covid-19 cases in Monterey County and the state's roll-back of the re-opening for some business sectors in Monterey County, Salinas and its residents must follow the health experts' advice that wearing face coverings by everyone can limit the spread of Covid-19,"  Corpuz writes in a press release.

Unlike Monterey, which fines second-time offenders $150 and third and subsequent offenders $300, Salinas is imposing $500 fines for second offenses and $1,000 for third offenses.

Uslar told reporters in a call on Monday that most people were wearing masks over the holiday weekend and less than 10 citations were issued. Most people, when reminded, masked up. 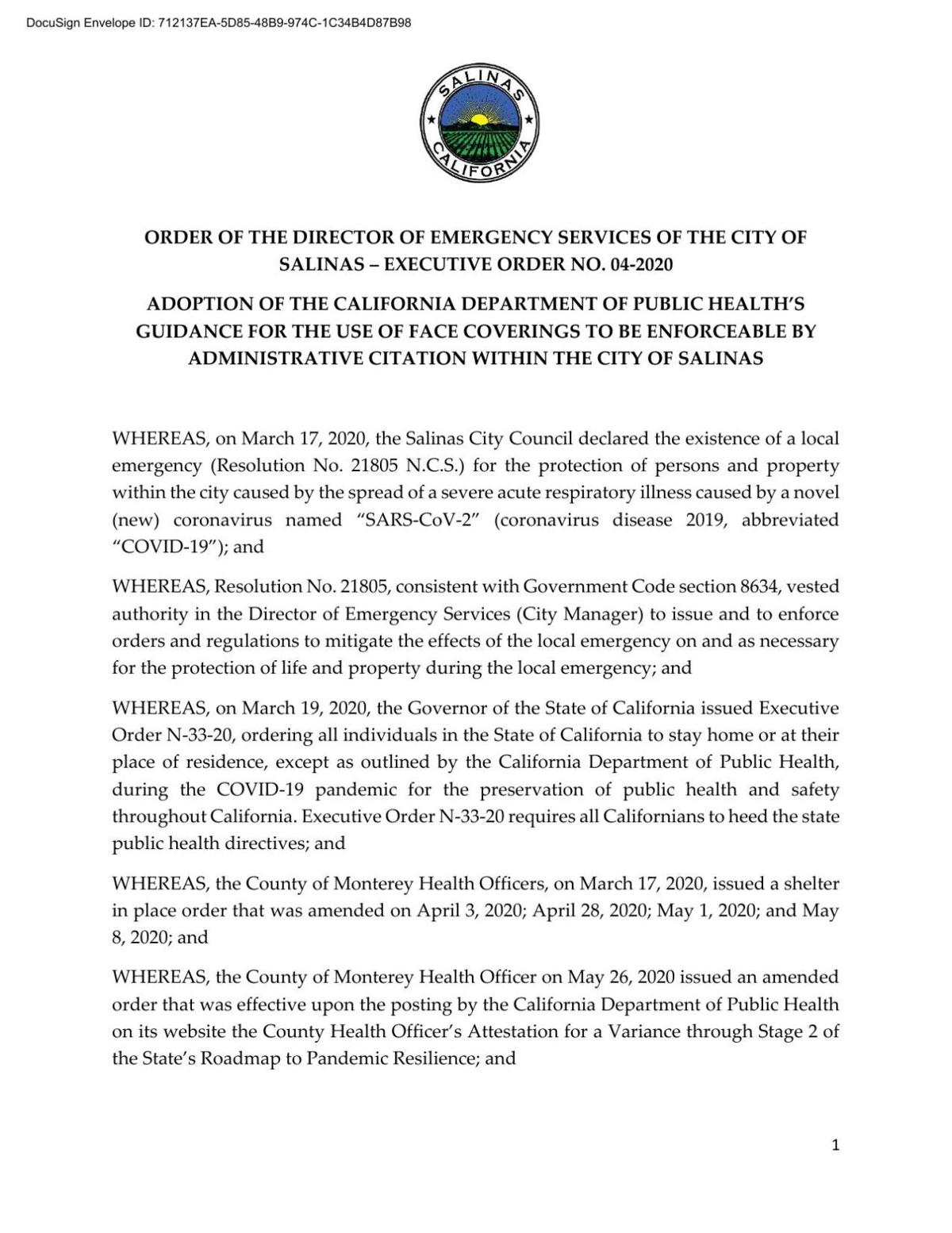 All political. But yet another reason to avoid Salinas.

Issue August 6, 2020 - Hate in Monterey County and efforts underway to stop it.