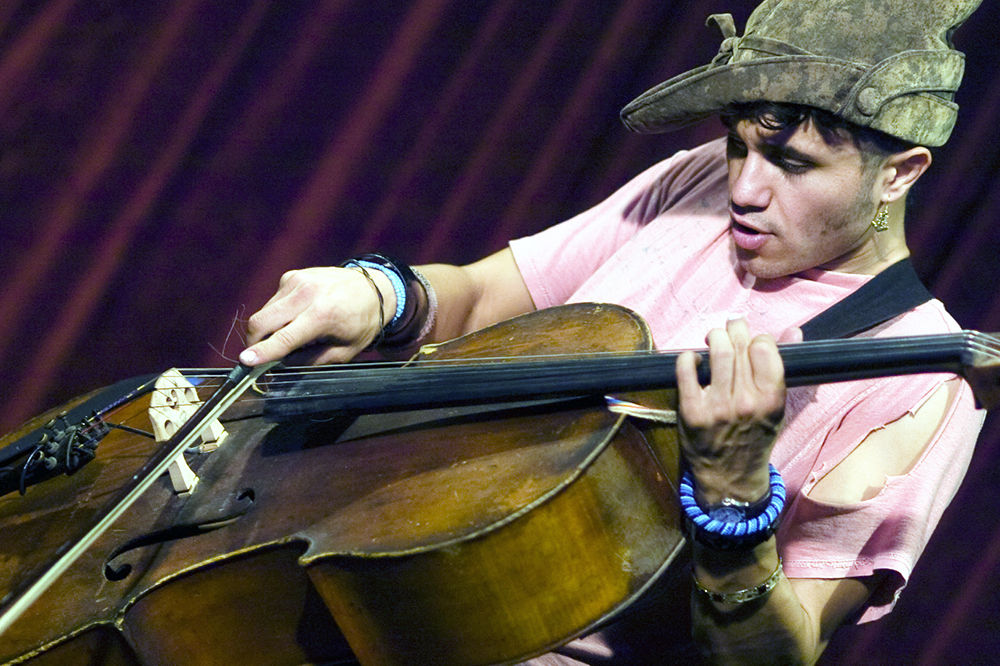 The first time I wrote about cellist Rushad Eggleston, back in 2003, he sent me a press photo of himself as a clean-cut scholar of classical music, cradling a cello and staring pensively into the heavens. Since then, whenever Eggleston sends a promo shot to publicize a homecoming show, his attire has become more outrageous. I recall a hot pink shirt and a checkered scarf. Eggleston, known primarily as a Grammy nominated cellist for his work with Fiddlers 4, is looking more and more like a rock star.

Eggleston attributes the change to his rediscovery of rock ’n’ roll. After studying traditional music forms while attending the prestigious Berklee College of Music, the cellist started to dive into his old Metallica, Guns & Roses and Nirvana CDs. In addition, Eggleston found that it was more satisfying to create his own music than play traditional tunes.

That realization led to the formation of two groups: the jazzy, almost electronica outfit Palo Colorado, and the playful rock act Rushad Eggleston and the Butt Wizards. The songs of Palo Colorado, which Eggleston plays guitar on, came from a lengthy jam session between the band members last summer on Big Sur’s Pfeiffer Ridge. Eggleston says he penned most of the Butt Wizards songs, which he describes as “Neolithic elf rock of the fourth dimension,” or “cartoon rock.”

The cello prodigy's father urged him to send in a recording to the Berklee School of Music in Boston, after he learned that the prestigious mu…