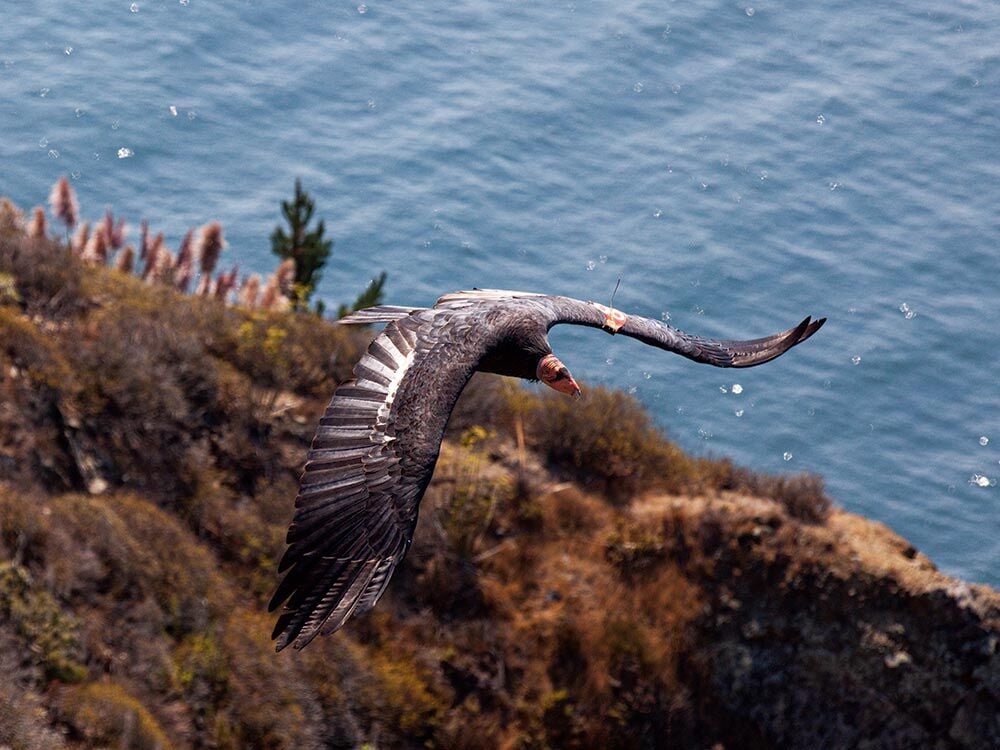 On a search for missing condor’s, Iniko’s mother, #190, flew past, with wings spread to a span of about nine feet. “I feel like I could have jumped up and touched her,” Ventana Wildlife Society biologist Joe Burnett says 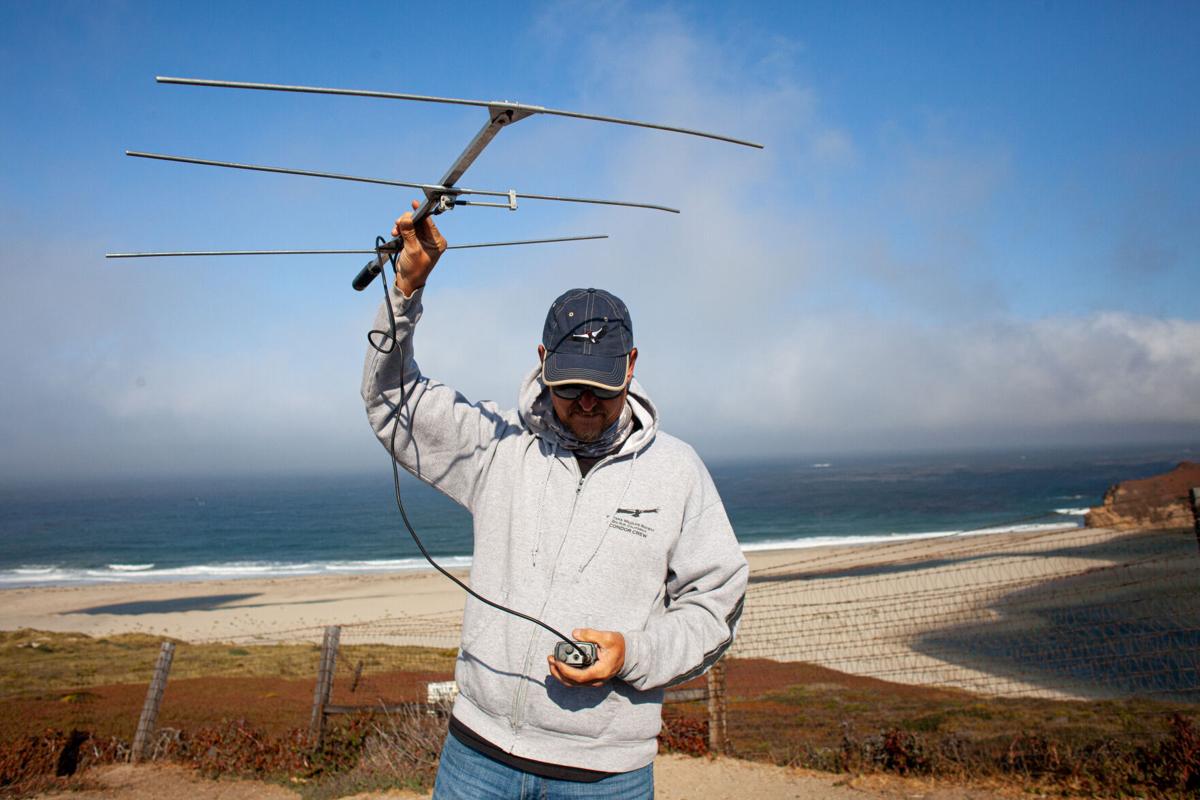 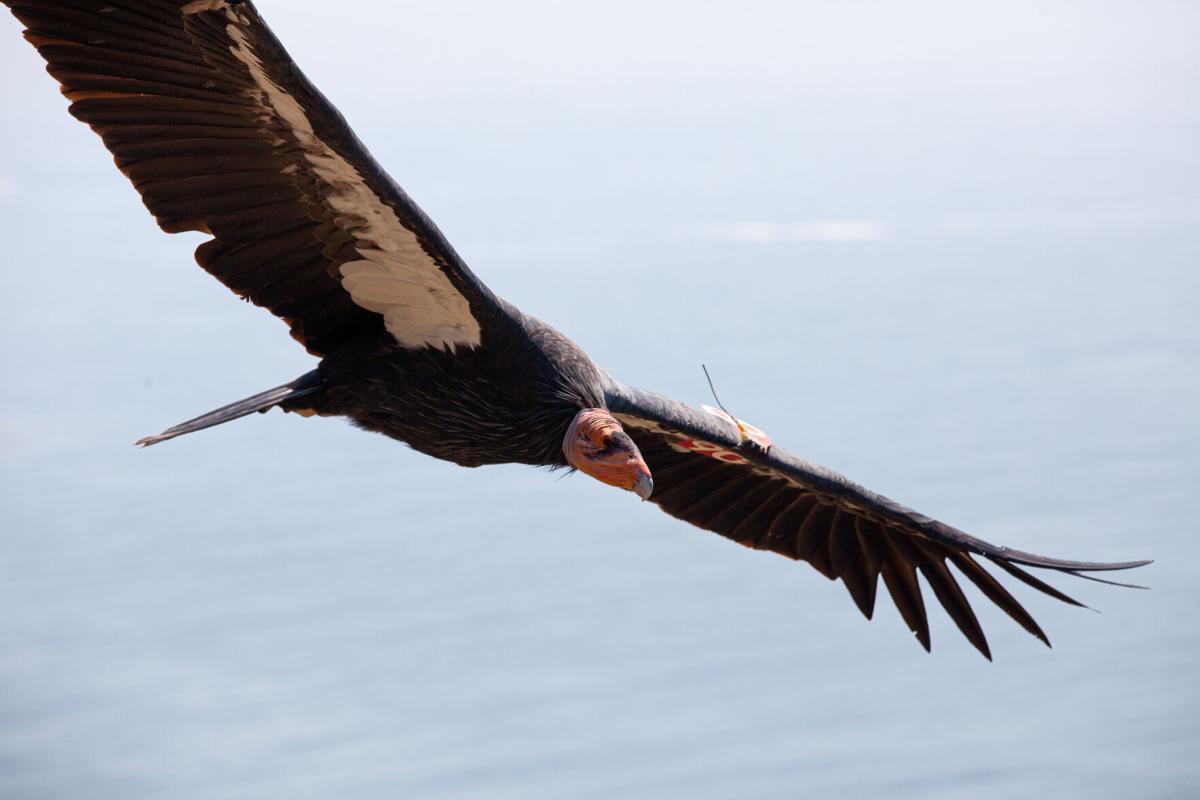 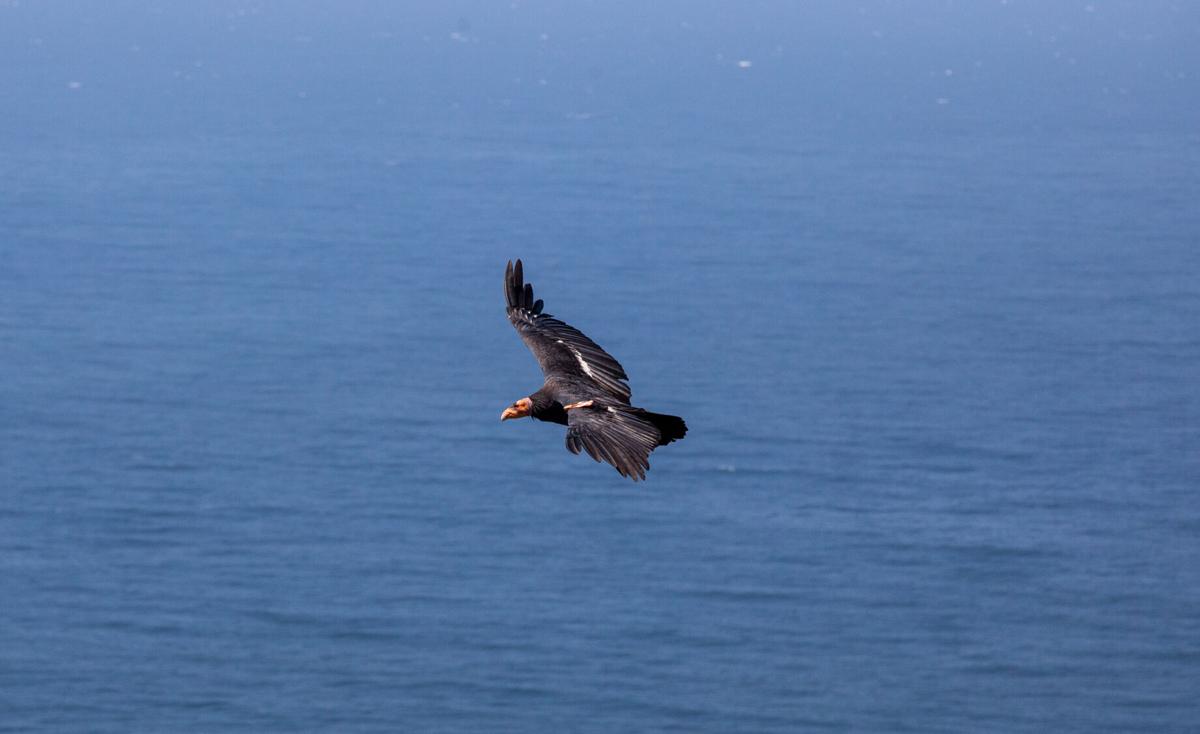 On a search for missing condor’s, Iniko’s mother, #190, flew past, with wings spread to a span of about nine feet. “I feel like I could have jumped up and touched her,” Ventana Wildlife Society biologist Joe Burnett says

A fire official had just drawn an “X” in white on the windshield of Joe Burnett’s truck on Sept. 2, clearing him and his colleague Darren Gross to enter the burn zone in Big Sur. Biologists with Ventana Wildlife Society, they were climbing through the forest near Julia Pfeiffer Burns State Park. Their goal was to reach a redwood tree that served as a nesting site for condor chick and live-cam celebrity Iniko.

The fate of Iniko was unknown after the Dolan Fire reached the area and cut off the feed of the live cam from a cavity in a redwood where the chick’s nest was located. “It was freshly burned,” Burnett says. “An eerie landscape. Ash covered the ground like snow.”

Still, he was optimistic: “I didn’t know if Iniko was alive but you have trust in the redwoods.”

They reached a point on a ridge above the nest. A cable was burned and the camera’s solar panel had melted like a Salvador Dalí clock, but there was Iniko. The fire had reached up the trunk to within 10 feet of the nest. With this sighting, the official count of condors missing in the Dolan Fire dropped to 11, which includes two other chicks.

Searching for adult condors is much easier. Some are tagged with a GPS device, and their survival can be determined from the comfort of an office. The others must be tracked from the field using the battery-powered radio transmitters attached to their wings. Every single one of the 500 condors in the wild is accounted for.

It’s two days after Iniko was found, and Burnett is out in his pickup again. He pulls off Highway 1 near the mouth of the Little Sur River. “This is a radio telemetry receiver,” he says as he unfolds a metal antenna attached to a brick of a device with a tiny screen flashing radio frequencies. He’s facing inland, looking at the canyon from which the river flows and points out Pico Blanco mountain. “I look for windows into the backcountry,” he says while he scans the sky. If there’s a condor within 20 miles in a direct line from the receiver, it will beep. “The best way to think of it is that each condor has its own personal radio station.”

The wind is chilly and it blows Burnett’s hat off, revealing a smooth bald head, kind of like that of a condor. Having studied the birds for decades, Burnett explains they evolved to have no feathers on their heads for ease in feeding. The birds love to stick their heads into the carcasses of whales and seals washed up on shore.

With no blips on the radar, Burnett drives further south to the pullout at Seal Beach Overlook. There are often appetizing carcasses to be found below. It’s still early in the day, but soon the thermal winds that condors love will arrive. Meanwhile, dolphins and humpbacks are swimming off the coast and peregrines flutter above.

“Each condor has its own personal radio station.”

For more than an hour, there are no blips on Burnett’s device nor on that of Tim Huntington, a VWS volunteer who designed the nonprofit’s data-tracking system. “I saw the biologists writing down chicken scratch on clipboards so I replicated it with software,” Huntington says. “When you have 101 birds to track, an app like this is critical,” Burnett adds.

The condor that does finally arrive is spotted not with a device but with the naked eye. Coming from the south, it’s swooping toward Burnett’s position. He sees a red tag and says he hopes it’s #167, a missing condor and Iniko’s father. “I released #167 in 1997,” he says. “I have an affinity for that bird. I bonded with it for 23 years. It’s like extended family.”

As it comes near, Burnett’s hope is dashed. It’s not Iniko’s missing father, but rather the mother, #190. “Iniko’s mom is out looking for a meal,” Burnett says. The bird flies past and circles back with wings spread to a span of about nine feet, just overheard.

Of the missing condors, Burnett is confident that one chick is alive based on the repeated visits of its parent captured by GPS signal. But the other 10 are likely gone, he says. He won’t stop searching, not even after a year passes and the birds are officially considered dead: “We’ll keep the missing birds’ radio frequencies programmed into the receiver for a long time.”