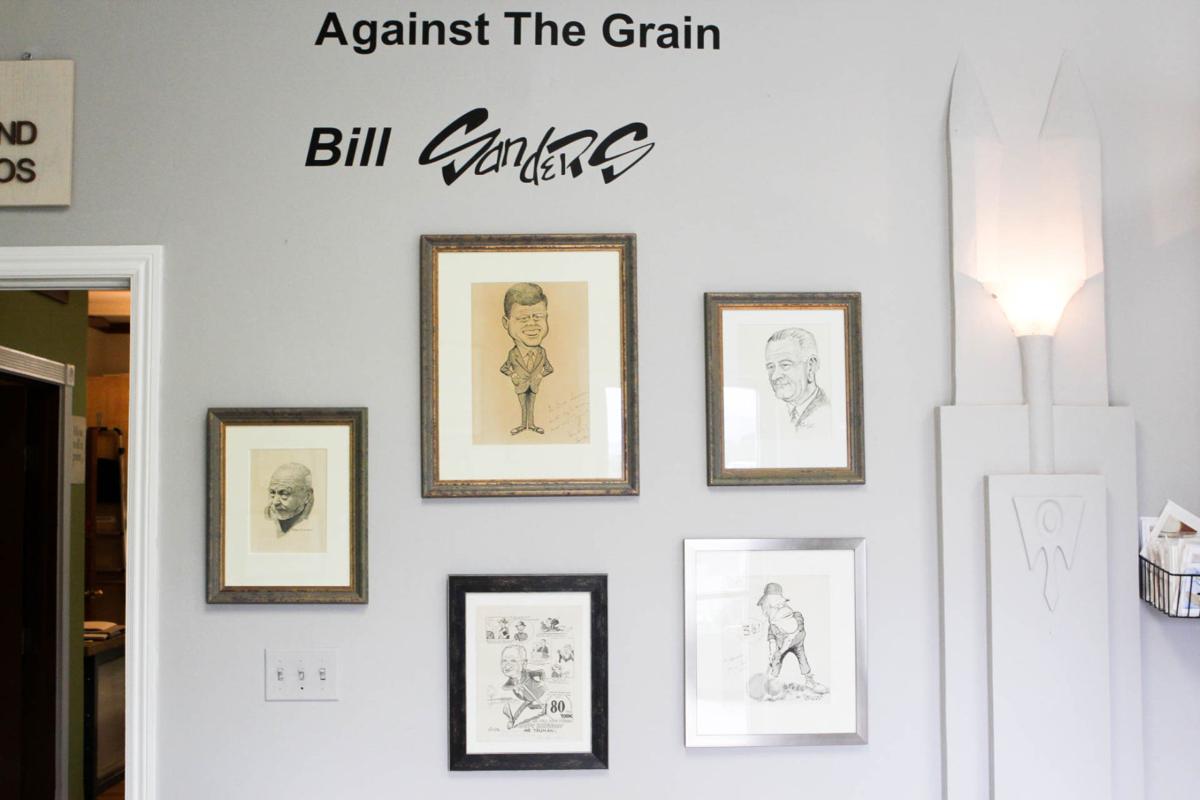 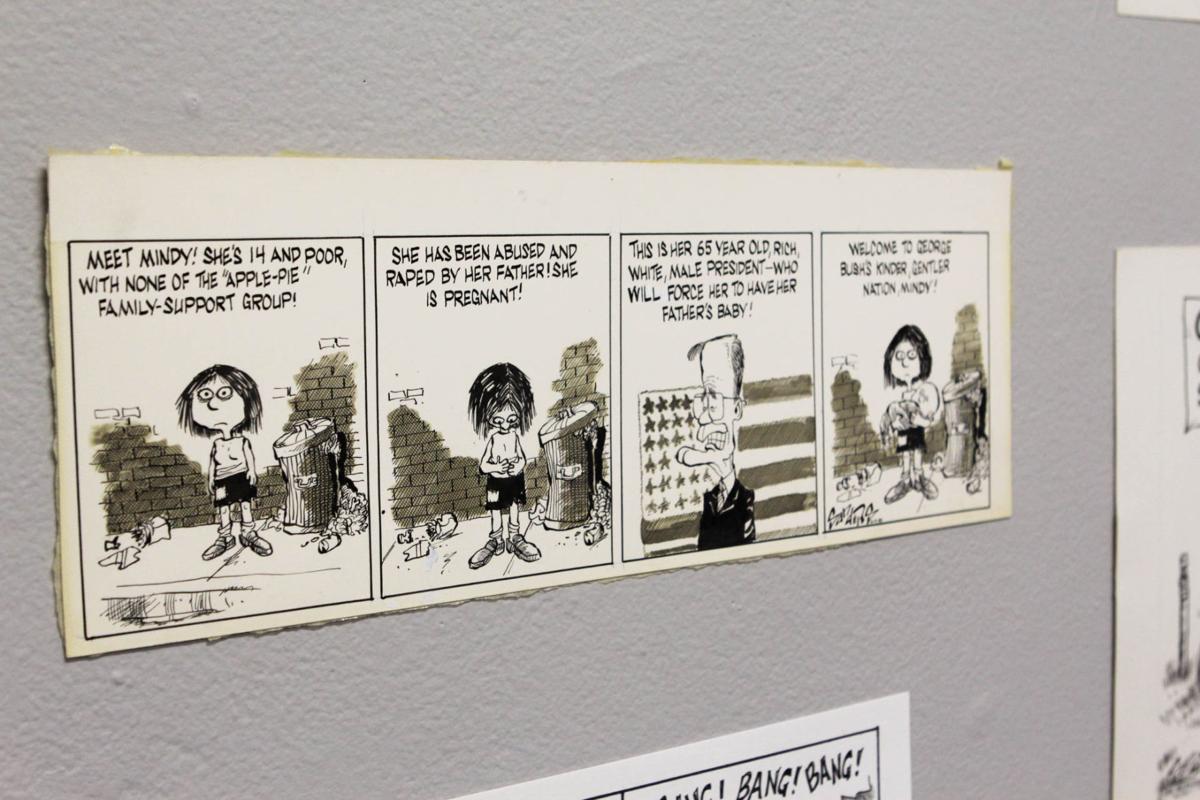 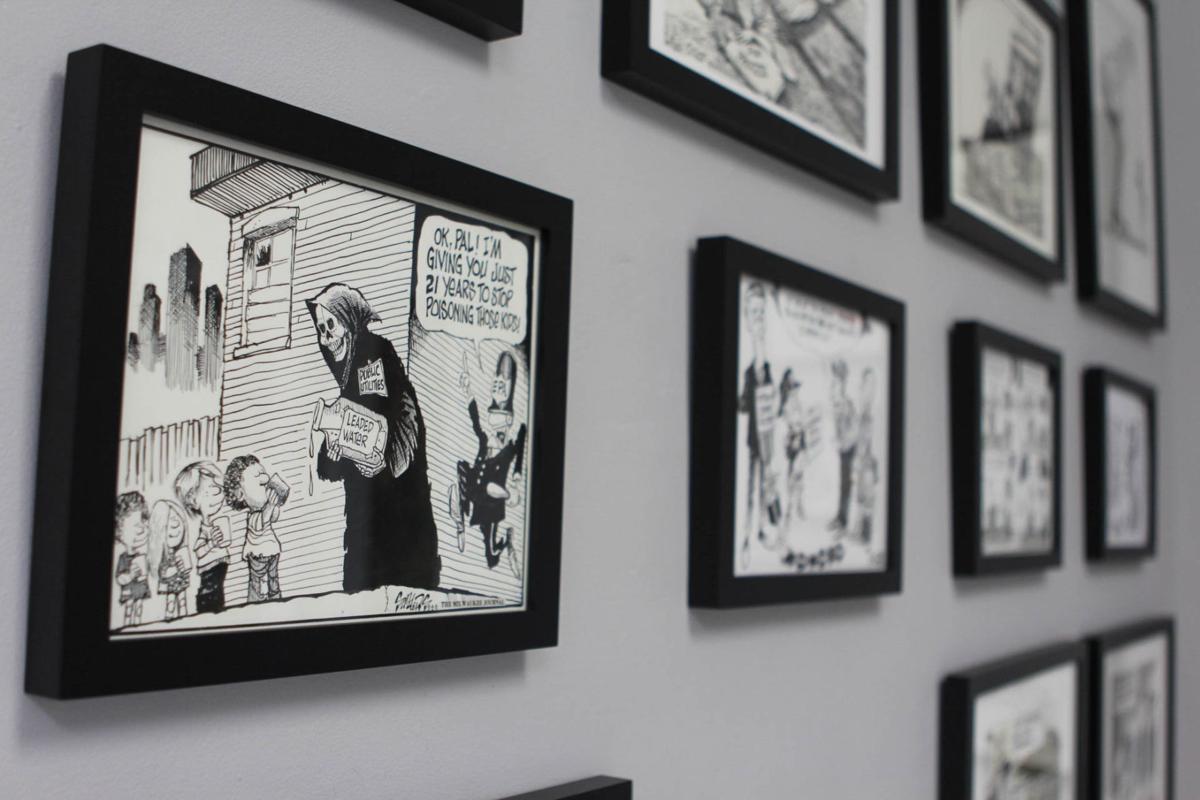 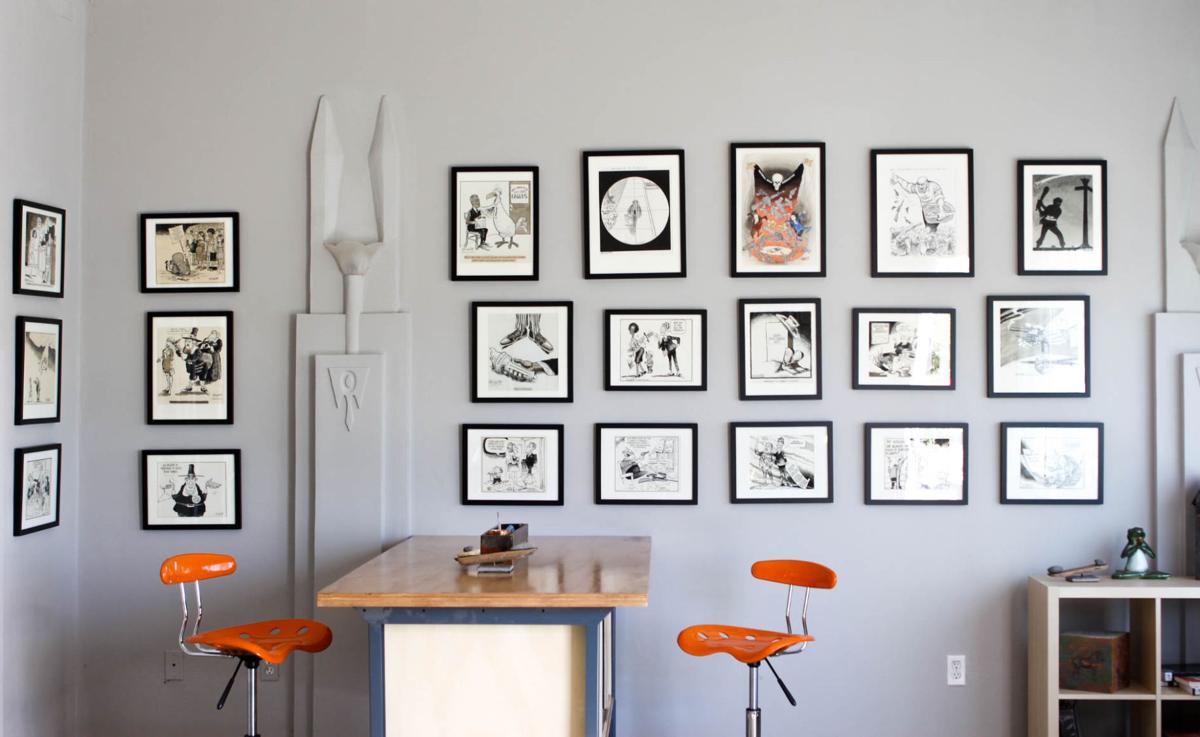 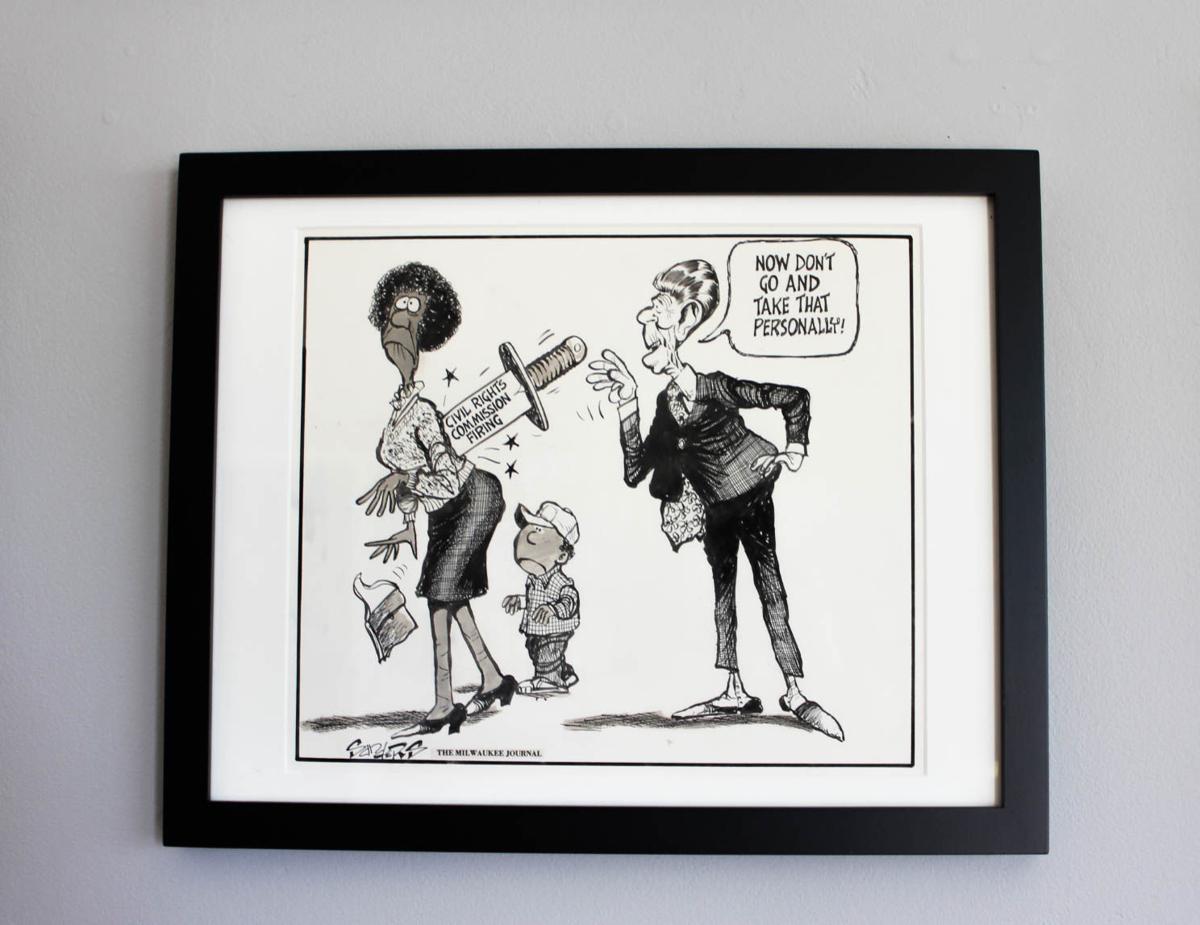 Crisp caricatures in black and white depict a child-like Donald Trump skipping carelessly with a basket full of skulls labeled “Nukes For More Countries,” Hillary and Bill Clinton sitting on bulging sacks of money set on a wheelbarrow pushed by a Middle-Eastern investor, and a sneering Dick Cheney reading a fairy tale on torture to two smiling children sitting in his lap.

These political cartoons, part of a collection that span ten United States presidencies and countless social movements, are the works of 86-year-old Bill Sanders.

A collection of nearly 100 of Sanders's cartoons make up the Against the Grain: Timeless Impressions, currently on exhibit at Open Ground Studios and the Democratic Center for Change, both on Fremont Blvd in Seaside. Apropos of the days leading up to this year's particularly tense national election.

Sanders, who was a cartoonist for the Greensboro Daily News, Kansas City Star, and Milwaukee Journal, has been hailed as one of America’s most prolific comic artists, garnering praise from news publications and the politicians he’s lampooned alike.

“The cartoon is a political device to make your case,” Sanders says over the phone during a road back to his home in Florida. “If you have humor it’s all the better, but a cartoon ought to have something to say.”

Even a seasoned political spectator like Sanders can see concerning trends spurred by this year’s presidential campaign.

“It’s the first time we’ve had a candidate with a juvenile mentality as a serious candidate,” Sanders says of Donald Trump. “Add that to his impenetrable bubble of narcissism and it’s unprecedented!”

On a cloudy Thursday afternoon at Open Ground Studios, owner Denese Sanders walks with a stack of framed cartoons. Pieces already on the studio's walls are separated into sections like women's rights, gun violence, and caricatures autographed by presidents.

“It's never been a better time to present his work,” Denese says of her father's cartoons. “Sometimes an image can speak louder than words. A cartoon can convey not just how the author feels, but the climate of the times, all in very few words.”

Denese has curated the cartoons that address the issues she's most passionate about. On the right wall of the entrance of the studio, the gun control section features cartoons of a grim reaper puppet-master with National Rifle Association on its cape pulling the strings of two politicians.

“When I was growing up he would talk current events at the dinner table,” Denese says. “I was the youngest of four girls, we always had heated debates on women's rights.”

Among the most interesting pieces in the exhibit illustrate the friendly relationship Sanders had with a few of the politicians he poked fun at. Letters and framed photographs of Sanders meeting presidents hang on a wall by one of the studio’s two printing presses.

“The President asked me to thank you very much for sending that cartoon,” writes Evelyn Lincoln, President Kennedy’s secretary, in a letter from 1963. “Hope you come again sometime soon.”

But not all letters sent to Sander’s were as sweet. During his time drawing cartoons for newspapers in conservative southern towns, Sanders consistently called for racial integration for schools and public services, which garnered excessive amounts of hate-mail sent to his editors.

“One afternoon there was a postman causing havoc in the Kansas City Star office, pushing folks out of the way,” Sanders says, recalling a day in 1963.

“A security guard approached him and the man reached into his pocket—we thought he had a gun—but he pulled out papers that had cartoons of KKK in white hoods lynching Blacks.”

Sanders, who is editing his memoir, titled Against the Grain, reflects on both the progress made in the fight for civil rights and the efforts activists of today engage in.

“The issues around abortion, civil liberties, and gun control have the potential to be detrimental today,” Sanders says. “Ignorance is really bad for a democratic society, someone like Trump is pandering to ignorance and inviting division.”

The rest of Sander's stash of cartoons on this current election are found at the Monterey County Democrats Center for Change next door to the studio. They’re adorning the walls, amidst the hanging signs for local Democrats running for office, depicting both presidential candidates at a poker table, with a caveman Trump complaining Clinton is using the woman’s card, and a joyful Clinton approaching a shabby shack labeled “Good Old Boys Club”.

Keeping in theme with Sander’s lifelong tendency to fearlessly address sensitive social issues, money donated to Open Ground Studios through Gofundme will benefit Black Lives Matter. Donors will receive colored prints of Obama accepting his nomination with the hazy profile of Martin Luther King behind him or Hillary Clinton confidently kneeling against the Democratic horse