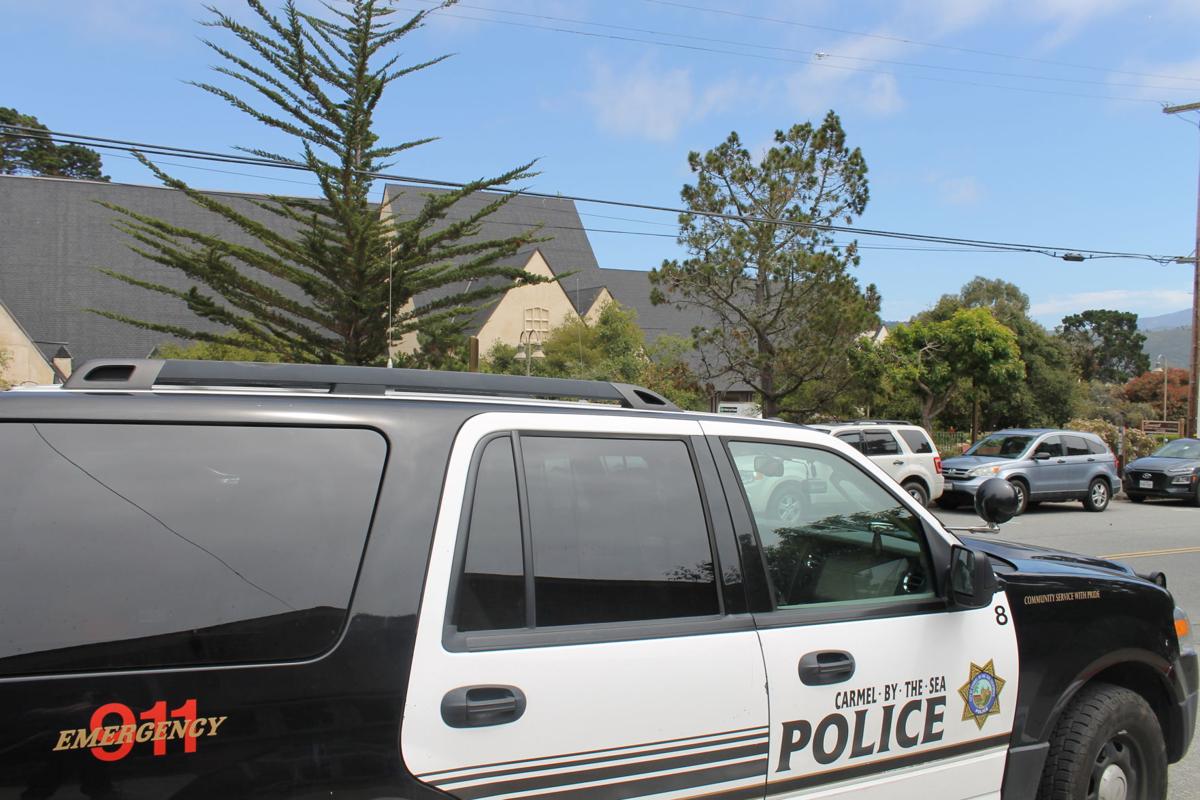 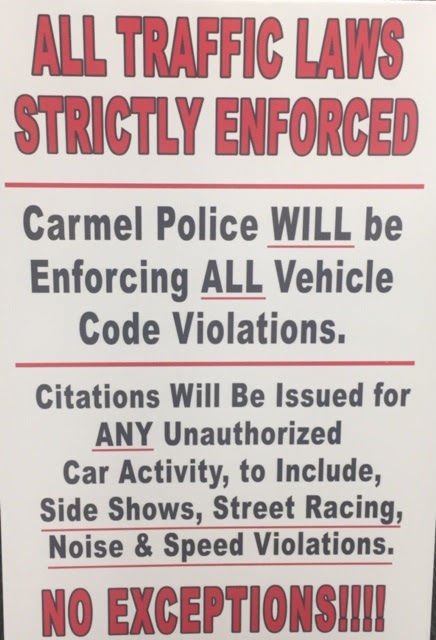 Just after 10:30pm on Monday, Aug. 12, a familiar sound of Car Week was heard ringing through Del Monte Forest: the loud “vroom” of a sports car speeding along the curvy roads of Pebble Beach.

On Tuesday on the neighborhood social media site Nextdoor.com a Pacific Grove resident complained of seeing that day, “a car drive down [Short Street] at like 70 mph+! I think it was a Bentley, definitely not kids joyriding.”

Speeding is just one problem endemic of Car Week that local law enforcement and city officials are promising to crack down on through Aug. 18.

In his weekly email called the “Friday Letter” sent to residents on Aug. 9, Carmel City Administrator Chip Rerig said the city was posting signs at the main entrances to town that warn drivers that Carmel Police will crack down on all vehicle code violations. Besides speeding, the sign also lists sideshows, street racing and noise.

“Side Show (sic) vehicles are highly modified vehicles that in the past have come into our Village and other surrounding cities and taken over the streets, either by parking and leaving the vehicles on display or by blocking traffic and racing through the streets,” Rerig said.

The list of what the MPD is focusing on includes reckless driving, speed contests, illegal vehicle modifications and truck route violations.

“Individuals caught engaging in exhibition of speed, speed contests and/or reckless driving may be arrested and their vehicle will be impounded for 30 days,” Bruno said.

UPDATE: As events leading up to the Concours d'Elegance in Pebble Beach started on Thursday, Aug. 15, the California Highway Patrol announced its officers are ready to catch speeders and impaired drivers in Del Monte Forest.

Using data from previous years, the agency pinpointed where high rates of speed and collisions are most likely to occur, according to a press release. Increased patrols will be on the lookout for drivers breaking the law.

"Whether test driving one of the many cars that will be on display or driving a personal vehicle, the California Highway Patrol and Pebble Beach Company remind all drivers that 'speed kills'," the CHP release states. "Be a responsible driver for the safety of all guests, attendees and residents."

Rerig said Carmel is also taking extra precautions “in light of recent events in our country over the past few weeks,” referencing the mass shootings in Gilroy, El Paso and Dayton. Carmel Police are increasing patrol officers and are using the Monterey County Bomb Squad’s bomb sniffing dogs at events.

“All these efforts are being done to help protect our Village, but we cannot do it alone,” Rerig said. “We are asking for your help. ‘If you See Something Say Something’ is the new catch phrase to help the authorities protect. Extra eyes at an event can help us keep you safe.”

Traffic is another challenge, which is why Monterey County officials created created an interactive map to help everyone navigate the roadways around popular events.