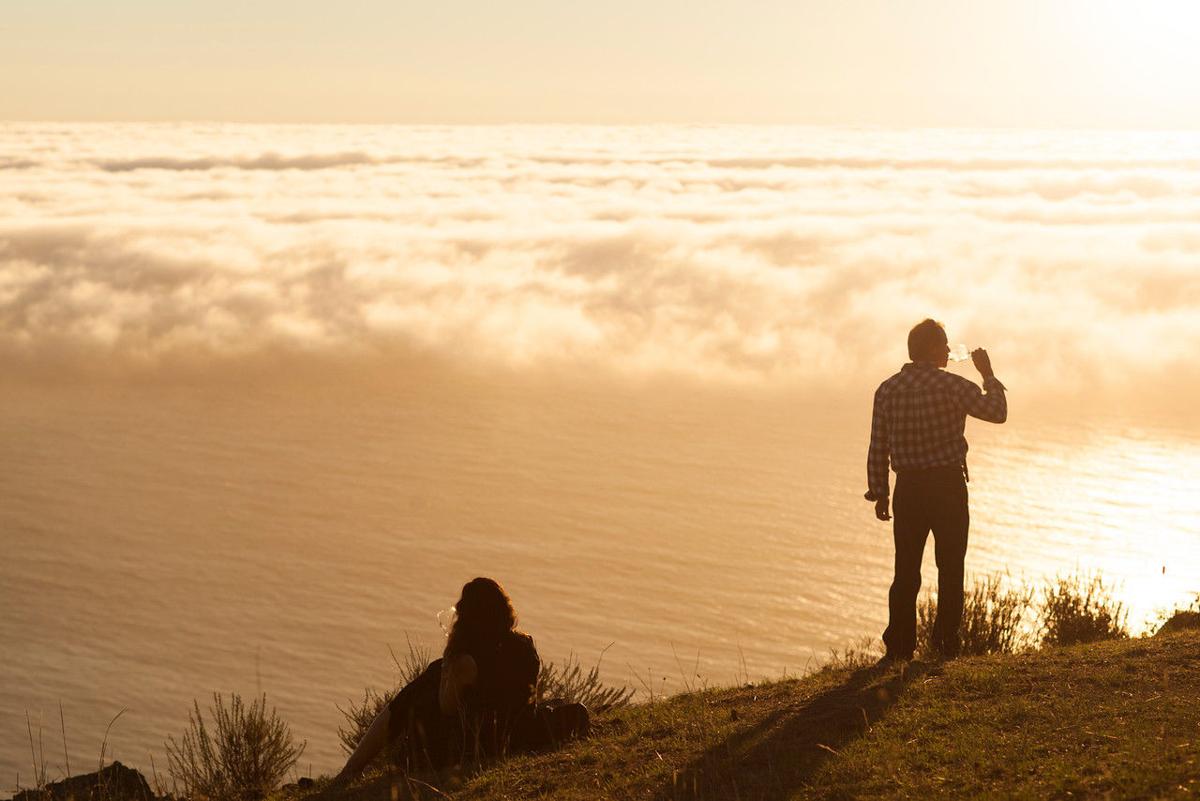 A year ago, the Magical Mystery Tour took to Carmel Highlands. 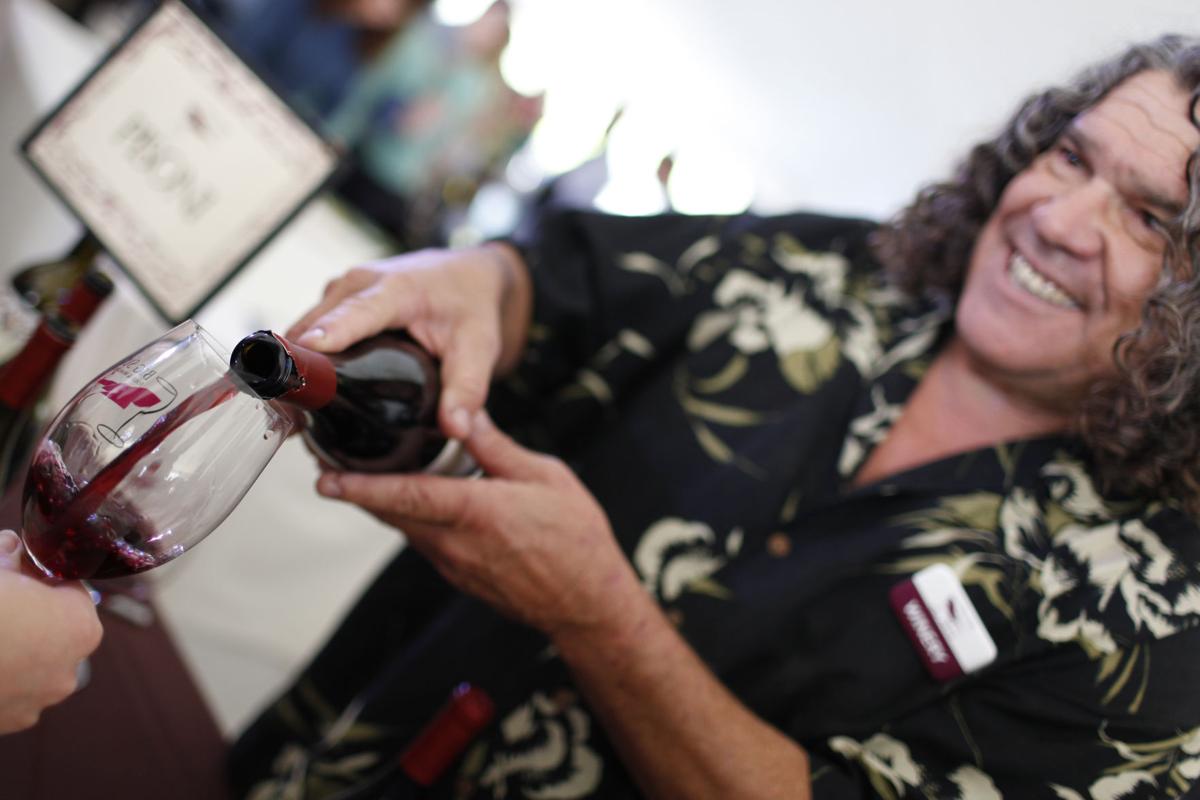 Gary Pisoni ranks among the many celebrated chefs who maintains a very close relationship with the BSFW team. 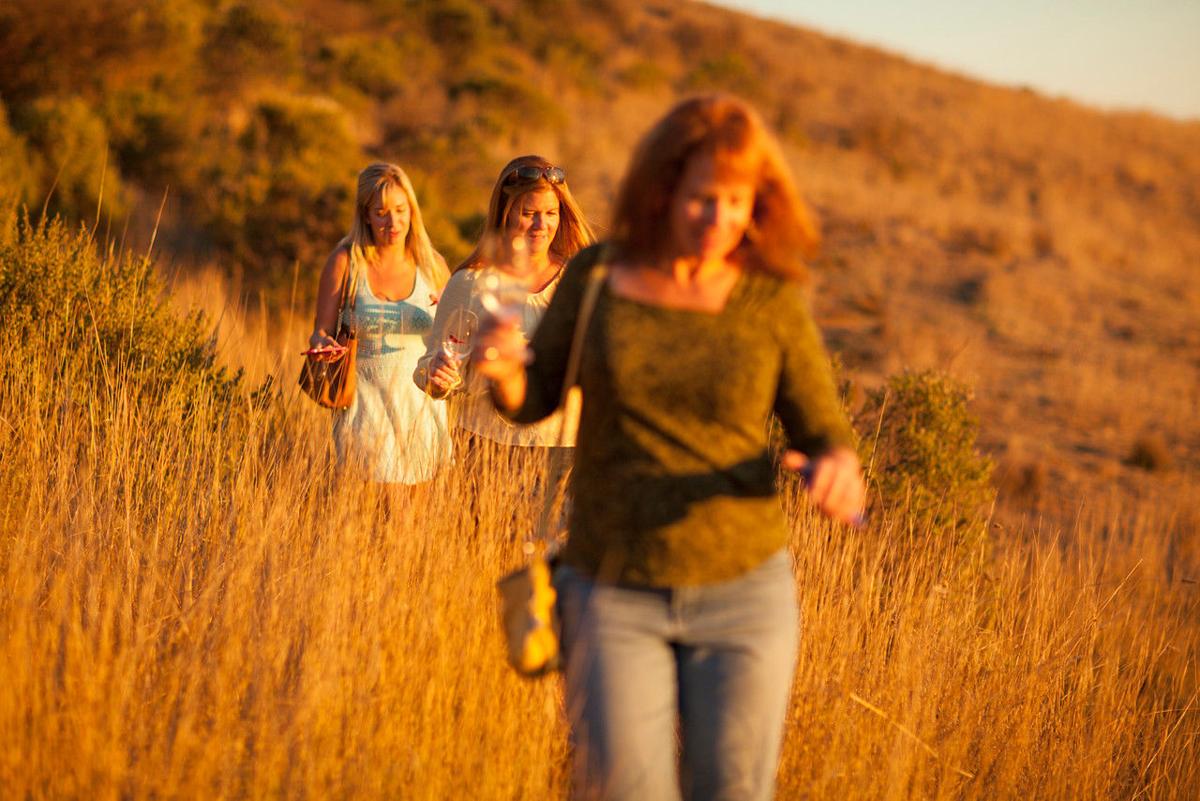 Hikes With Stemware quickly got so popular BSFW officials trademarked it early on. 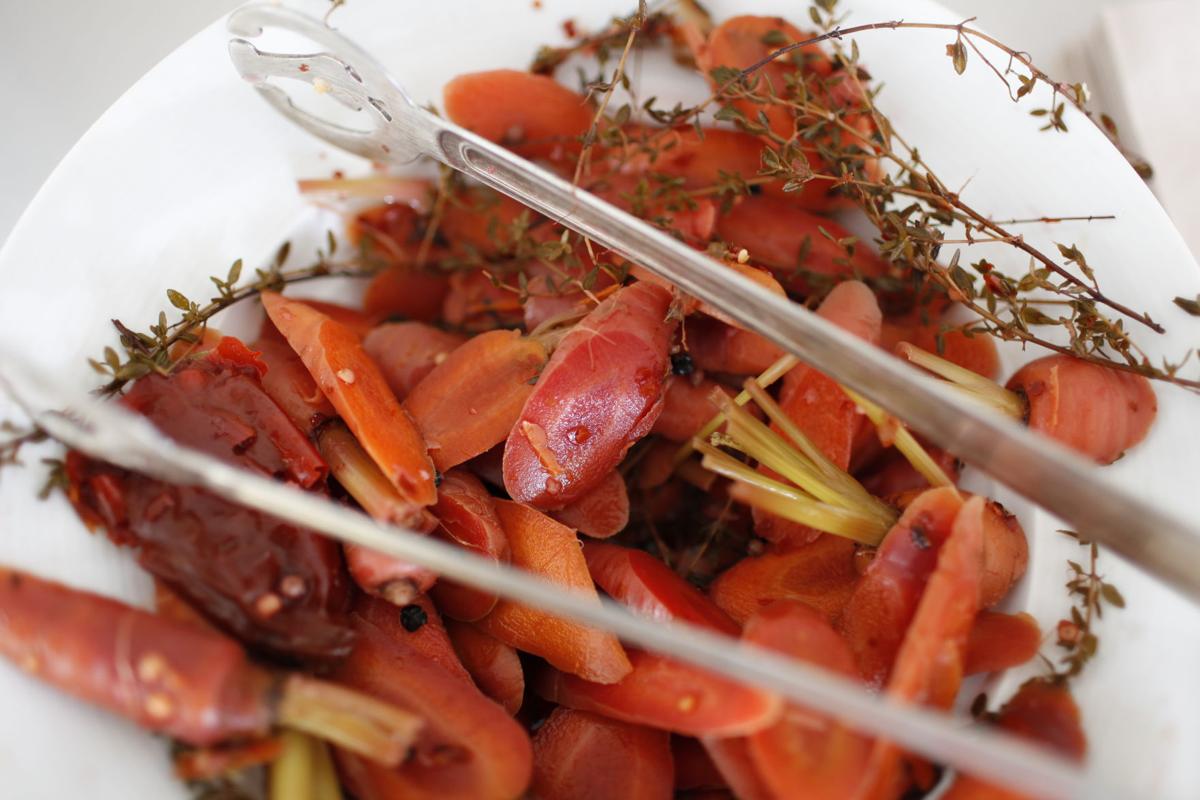 While BSFW doesn't skimp on the meats and cheeses, local produce figures in mightily too as harvest season winds down. 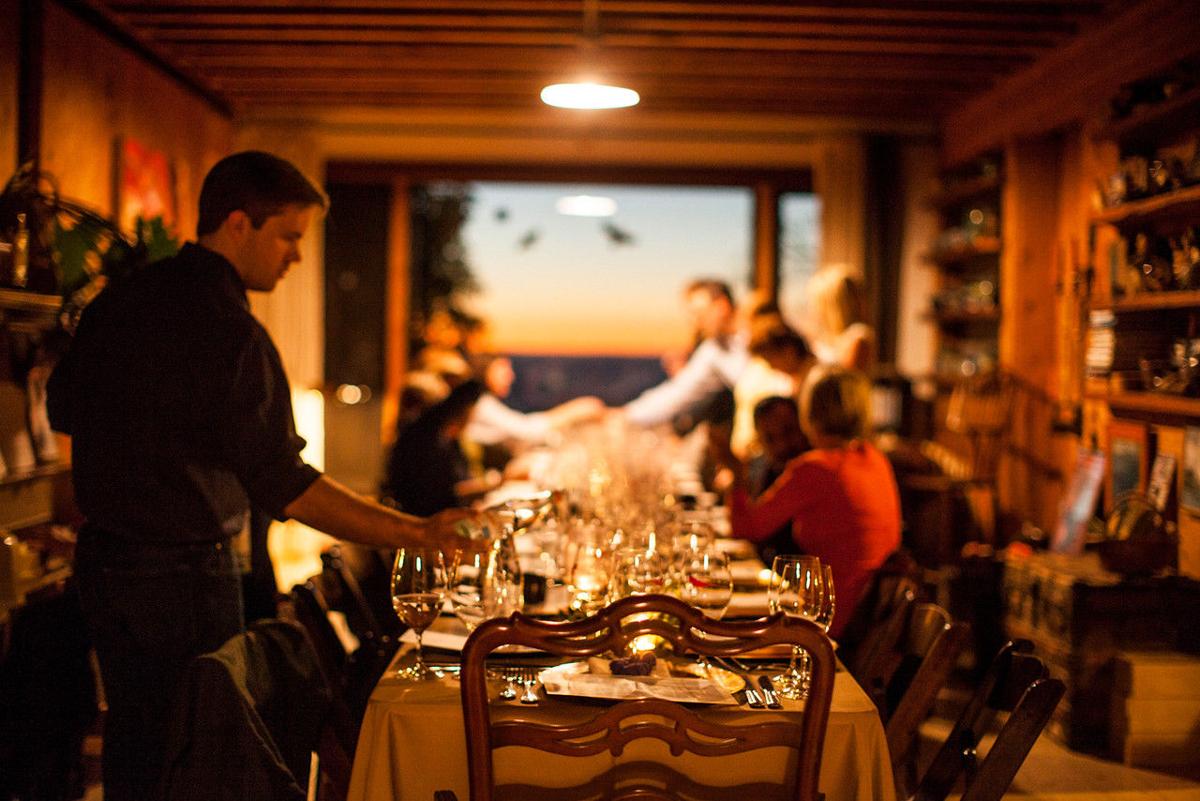 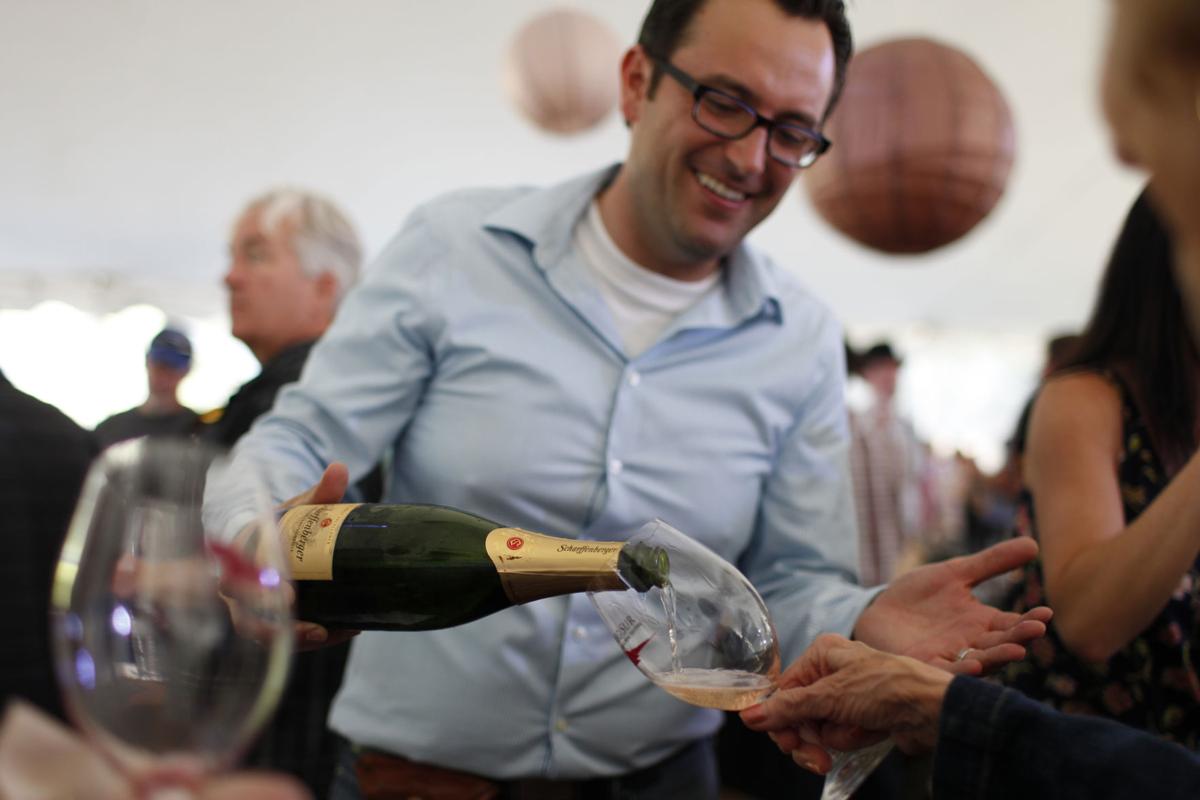 A year ago, the Magical Mystery Tour took to Carmel Highlands.

Gary Pisoni ranks among the many celebrated chefs who maintains a very close relationship with the BSFW team.

Hikes With Stemware quickly got so popular BSFW officials trademarked it early on.

While BSFW doesn't skimp on the meats and cheeses, local produce figures in mightily too as harvest season winds down.

David Kinch, of three-Michelin-star Manresa fame, had the foodiesphere all hot and bothered—for months—in anticipation of his New Orleans-spun spot Bywater in Los Gatos. (It opened at the start of the year; NOLA's where he first learned his kitchen crafts.)

The powers-that-be at Big Sur Food & Wine decided El Niño complications a year ago provided a chance to avoid potential liabilities and regroup—albeit not before a Magic Mystery Tour under a bridge—and make some major changes.

The time and the updates have its loyal fans desperate for Nov. 3-5 to arrive, already.

Bywater's David Morgan will anchor one of the flagship traditions of the festival, the memorable Wine & Swine "with New Orleans flair" at Henry Miller Library, along with 20 hand-selected wineries and a half-dozen other top-shelf pork masters like Cal Stamenov (Lucia/Bernardus), Jonathan Roberts (PigWizard), Ben Spungin (Sierra Mar) and Frank Ostini (Hitching Post 2).

Much about the festival will keep with a half decade-plus of magnetic BSFW tradition that draws people from as far off as Alabama, including its strongest quality: a true feeling of family.

But there are changes, some which have been already realized. Among them:

• BSFW is now a 501(c)(3) nonprofit, with books open to the public. CFO/Events Director/Harmonic Converger Elsa Rivera hopes that means more effective management and greater impact on the South Coast:

"I keep saying that if the festival can bring much-needed economy to Big Sur—if we can raise funds, not only for our designated beneficiaries but those affected by the Soberanes Fire—we can have a wonderful weekend while treading respectfully on this beautiful land, and we will truly be a success."

• Hyatt Carmel Highlands no longer hosts the opening Gateway to Big Sur event. (The event's been discontinued.) Can't say I'm sad about that. The bigger corporate sponsorship relationships undercut the independent spirit of BSFW, and it wasn't making BSFW much money.

• BSFW is planning events beyond one weekend in fall. The possibilities include pop-up events, vignettes and dinners throughout the year and in other venues, perhaps other cities.

• Longtime BSFW head cheese and founding president Toby Rowland Jones retired after seven years of shouldering much of the festival burden to pursue other things; his longtime collaborator Aengus Wagner has taken the helm as president.

Rivera ultimately swings back around to other things that haven't changed: namely, the relentless hustle of the board and instigators of good taste Wagner and VP/Wine Director Matt Peterson, and an army of chefs, wineries, volunteers, property owners and venue managers.

"We have really strengthened our bond as a family of friends who really become a well run working machine to put on the best weekend possible," Rivera says. "I continue to be in awe of everyone who so generously accepted our invitation to participate, even when getting a late start because of the fire."

Peterson adds that he's 1) enthusiastic Post Ranch is again a partner after a hiatus, 2) stoked on a much stronger music presence, and 3) the fact that the Hoedown at Henry Miller is priced for locals at $75.

"We cut the fat on events that weren't as beloved or weren't showcasing Big Sur the way we'd like," he says, "and streamlined the favorite elements, particularly the smaller-scale hikes and Henry Miller events, to be their best."

Bonus…here's a video peek back at year five: