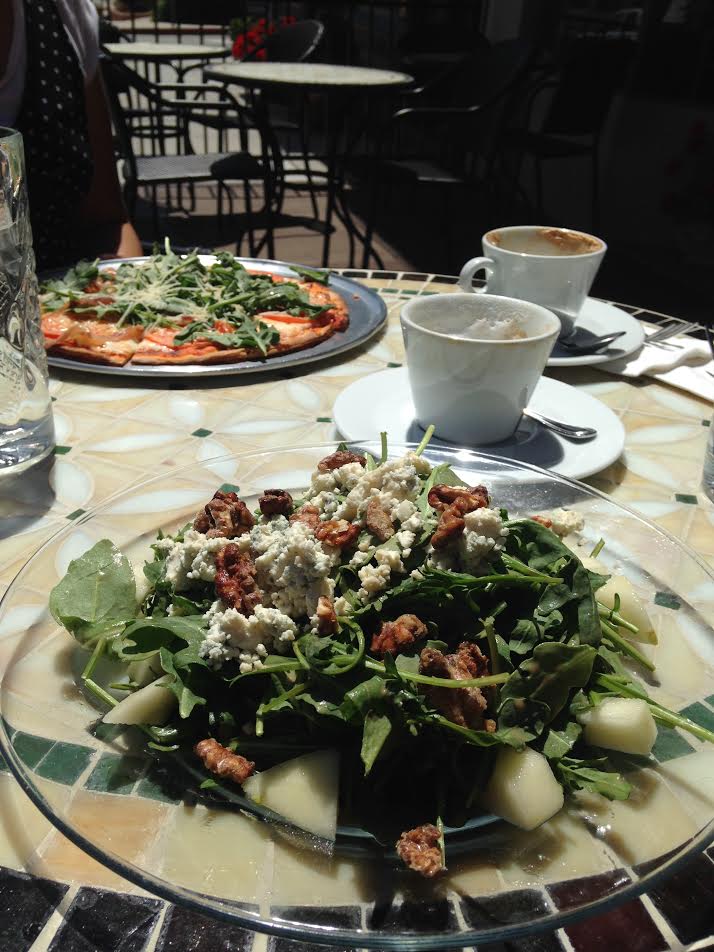 Digging into pear and arugula salad, Sicilian pizza and a cappuccino. 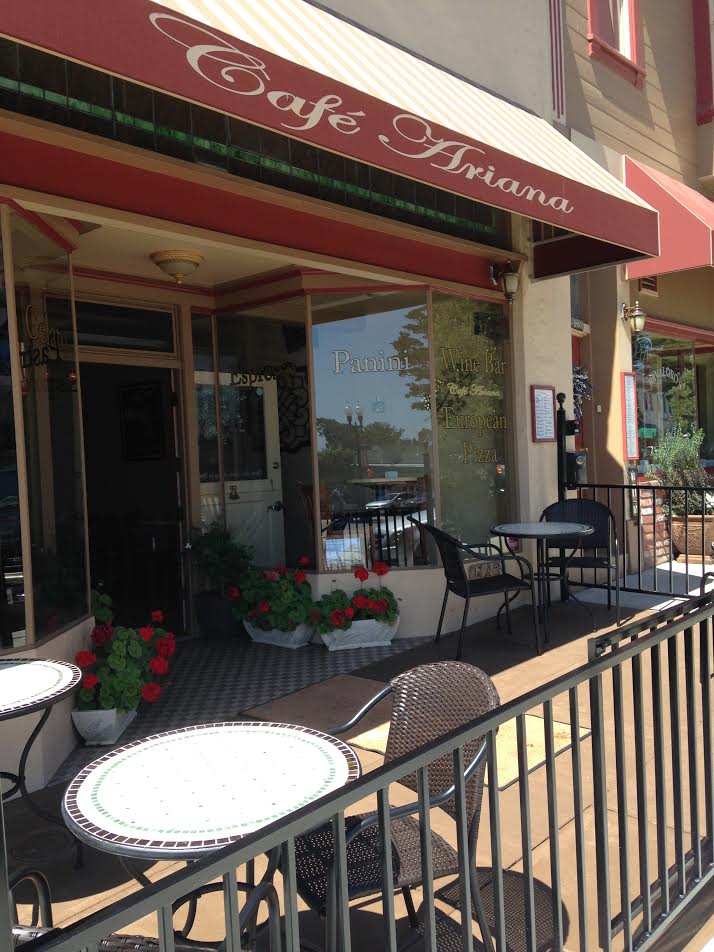 Digging into pear and arugula salad, Sicilian pizza and a cappuccino.

The idea for Cafe Ariana (920-1381), sister of the neighboring Favaloro’s Big Night Bistro (373-8523), arose after a fire forced the Favaloro family to rebuild their restaurant.

Instead of simply repairing the damages, children Ariana and Anthony convinced their parents to open up the space next door, which was already owned by the family.

Taking the name of one of its advocates, Cafe Ariana was born.

Now, after two years of cafe success, the Favaloros have moved part of their operation outdoors with patio seating.

The menu includes nine styles of pizza and paninis, from the classic Margherita ($9.95) to the more unique chicken Saltimbocca ($7.75).

The array of desserts, however, is the crown jewel, with 16 flavors of gelato ($3.95–$4.95), blueberry-topped cheesecake, tiramisu, tarts, éclairs, cookies and biscuits all temptingly on display beside the pay line.

“It’s to attract people in downtown PG,” Favoloro said.  “We want the feel that Alvarado has picked up with the outdoor dining.”

With its wicker chairs and mosaic tables, the patio is cozy but charming.

Favaloro says there are plans to add potted plants, trees, heat lamps and eventually lighting, which would allow customers to enjoy the air even in the evenings.

Lunch outside on the first summer day it was open—a cappuccino, homemade minestrone soup ($5) and a light pear and arugula salad ($7.95)—was refreshing.

As I sat enjoying the rare sunshine, I felt transported momentarily from sleepy PG to Marché Rue Cler, sipping un café and watching the tourists stroll by.

Yes--they have a set number of pizza "styles," but you can also "make" your own combinations for almost limitless variety.