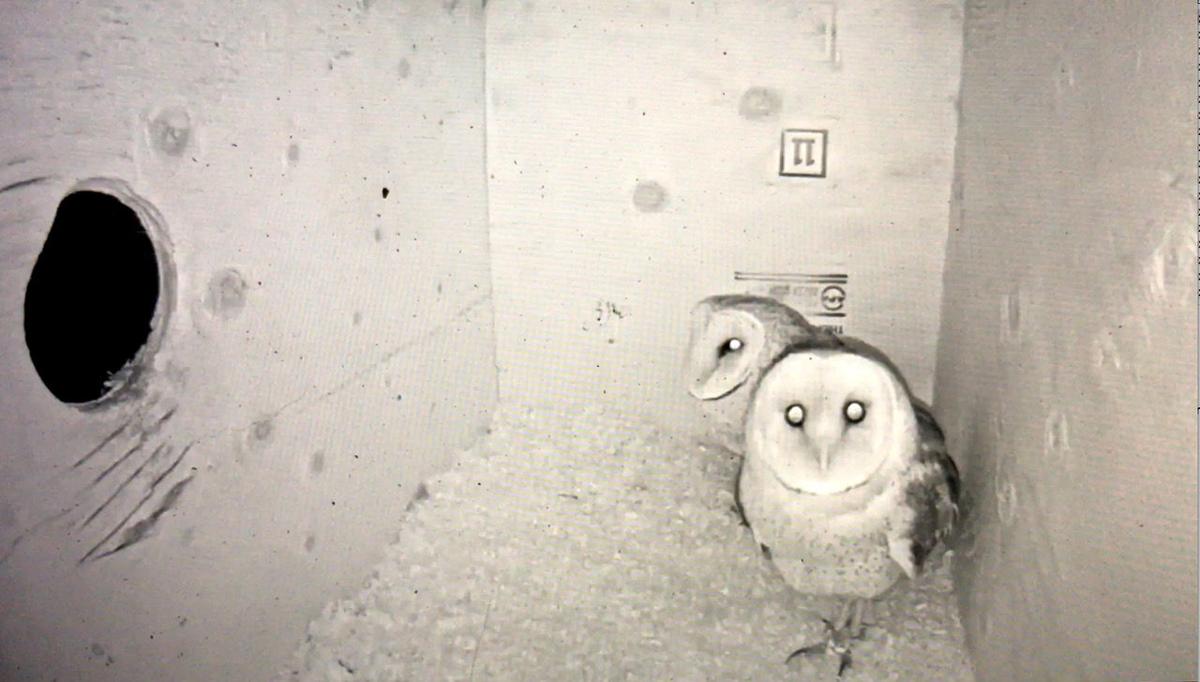 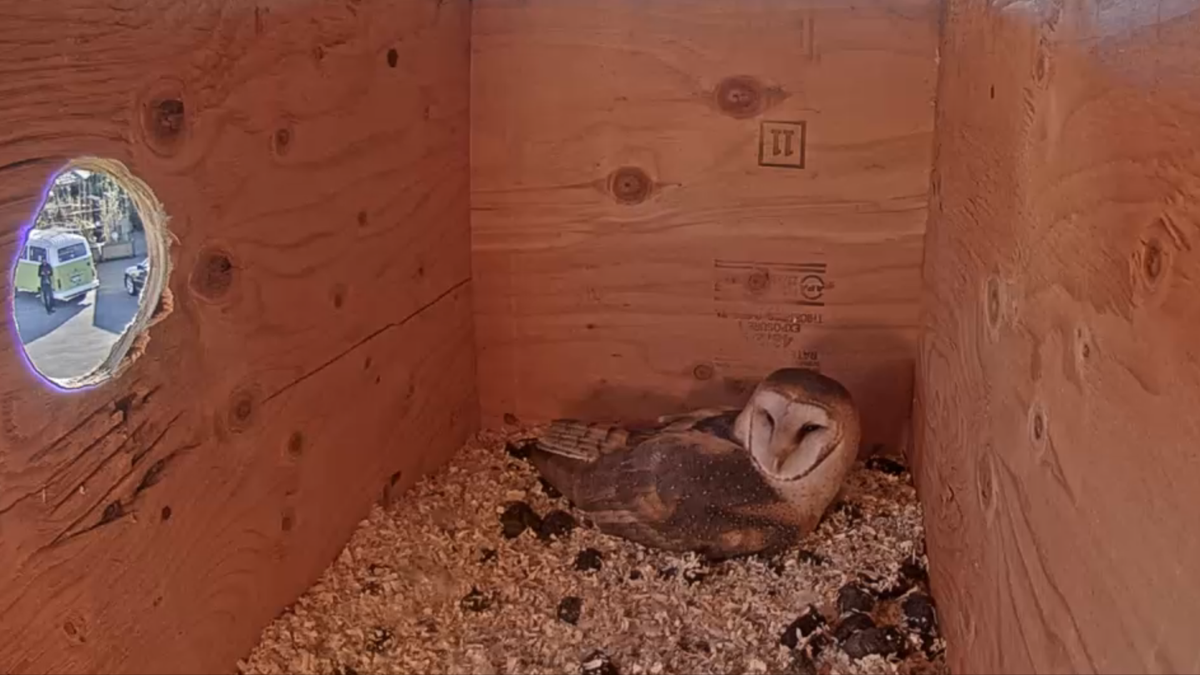 Haute Enchilada will opportunistically use its live feed to promote restaurant specials. 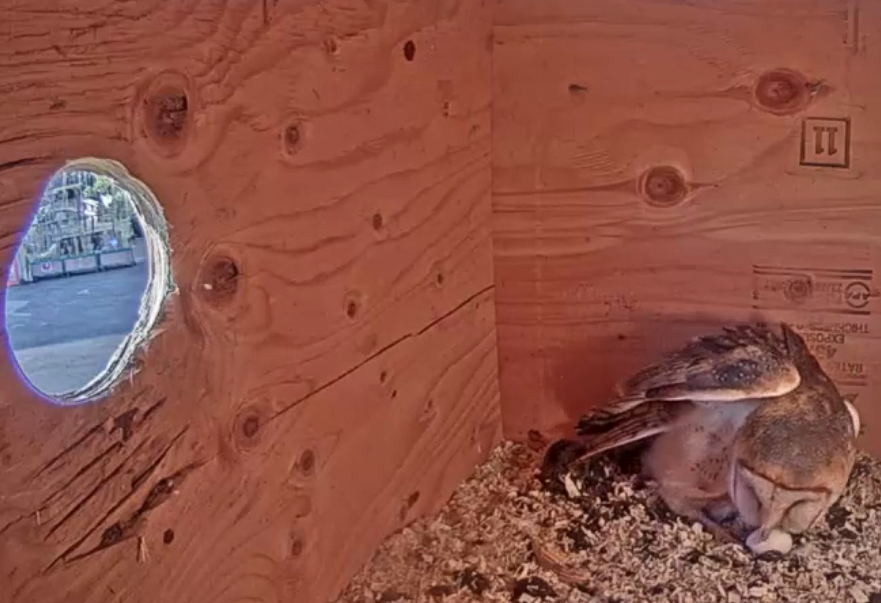 As she prepares to settle in for a siesta, Lotte nudges a rogue egg—one of eight—into place. 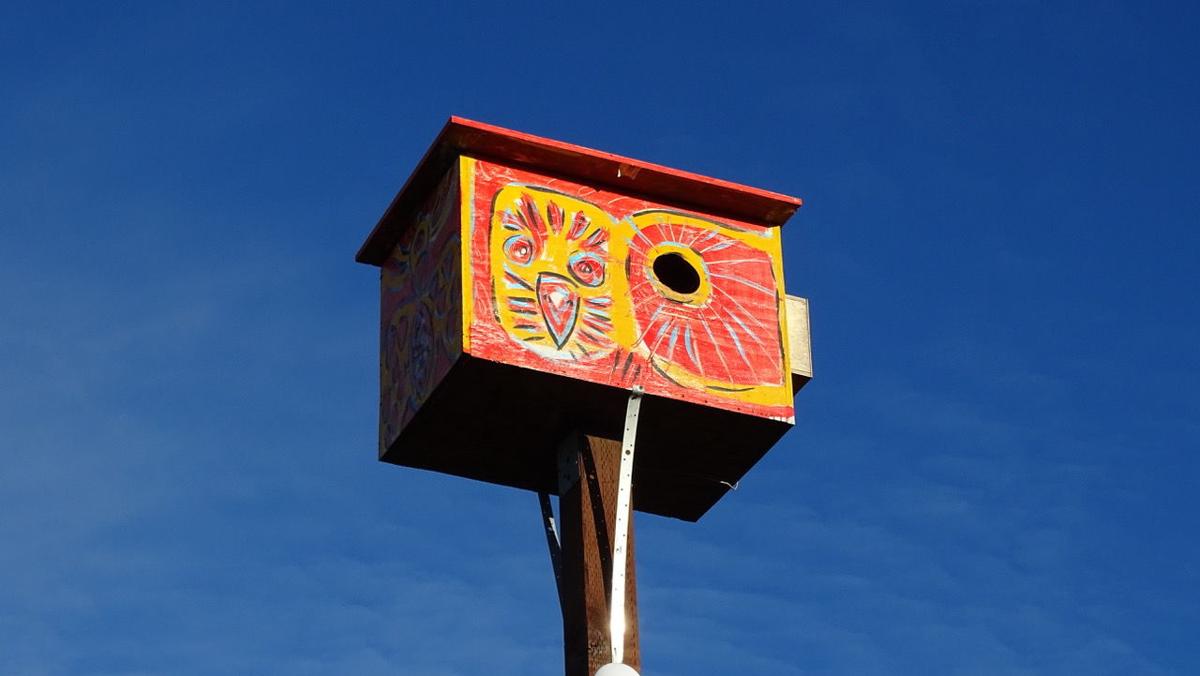 The owl box proves beautiful from the outside, and irresistible on the inside. 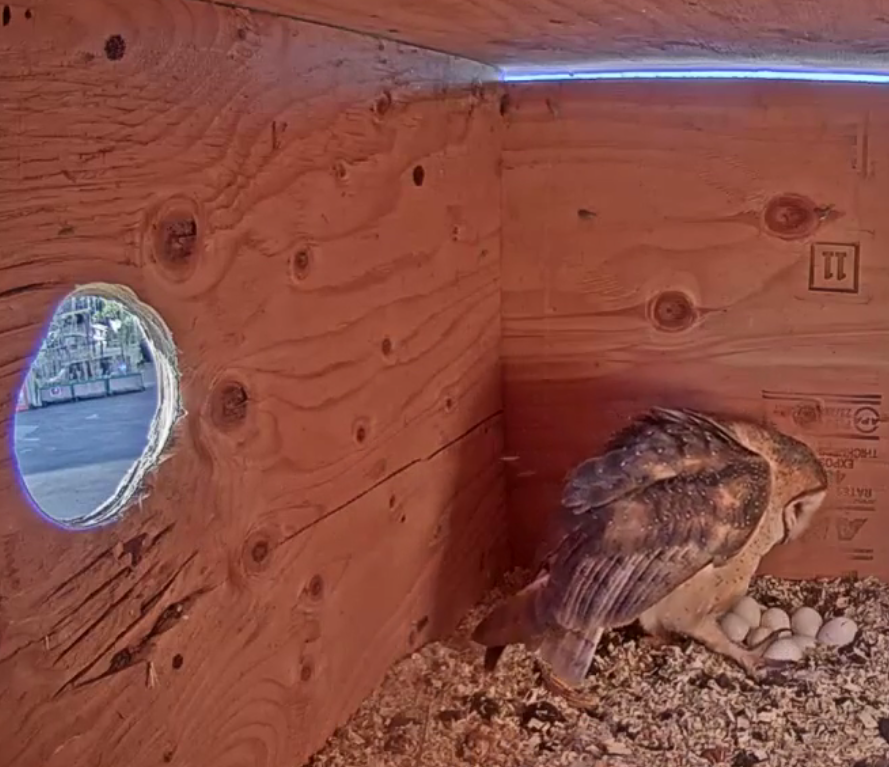 A closeup of one of the love birds. 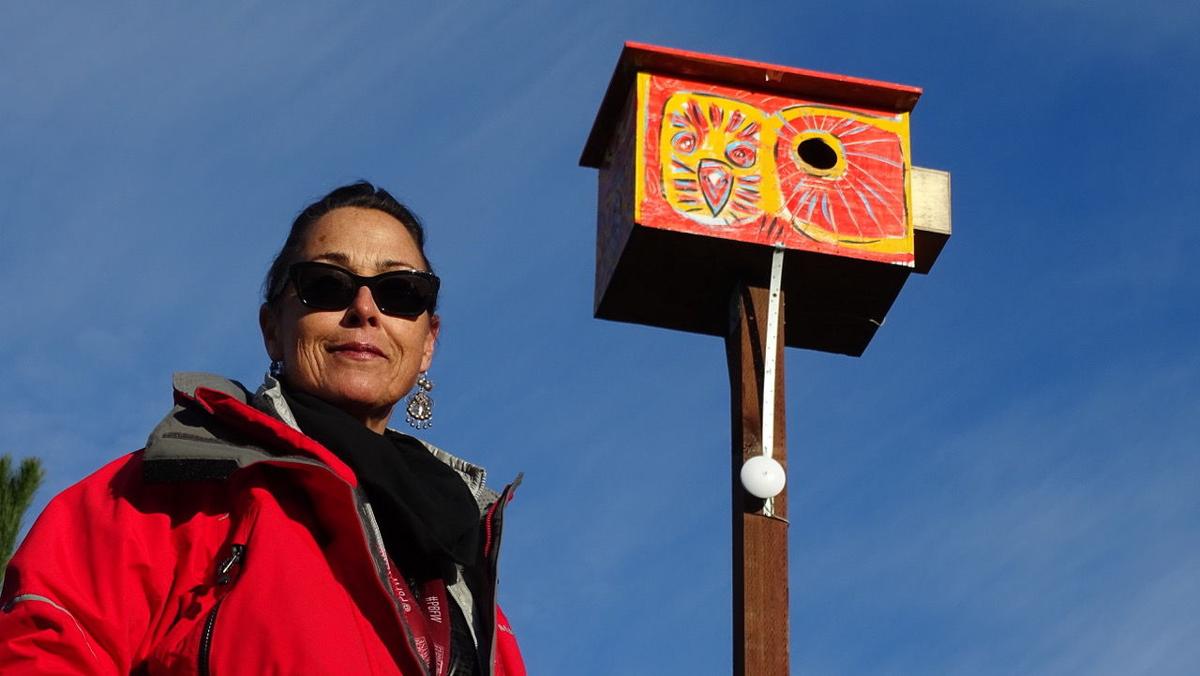 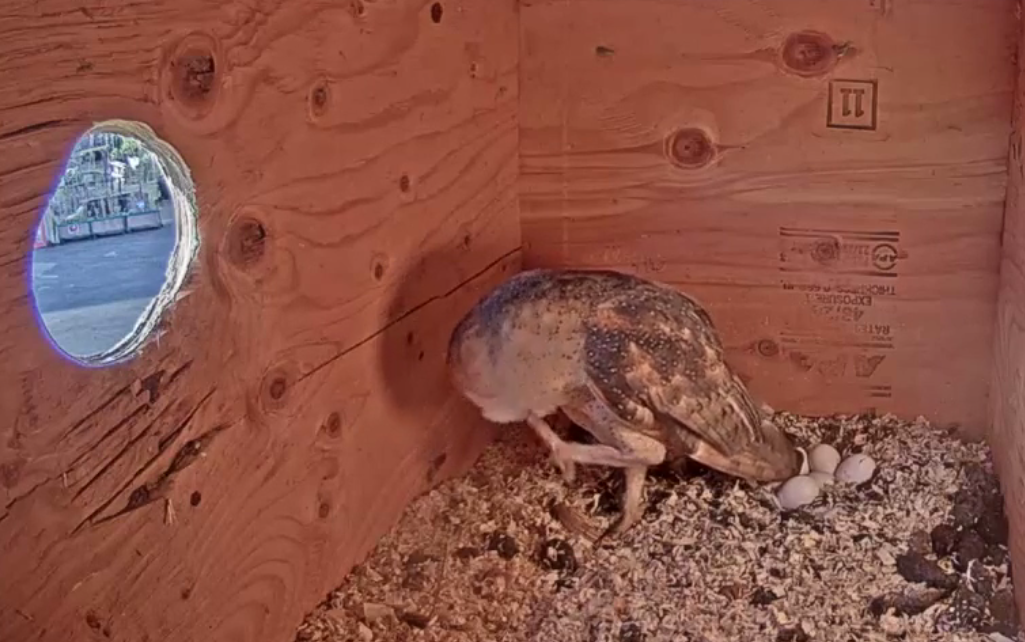 To see a barn owl scratch its head, live, is to truly live.

Haute Enchilada will opportunistically use its live feed to promote restaurant specials.

As she prepares to settle in for a siesta, Lotte nudges a rogue egg—one of eight—into place.

The owl box proves beautiful from the outside, and irresistible on the inside.

A closeup of one of the love birds.

To see a barn owl scratch its head, live, is to truly live.

Look whooo is coming to dinner.

Their new digs fit into an ongoing push by Haute Enchilada chef/owner Kim Solano to make her restaurant greener and more Earth-friendly.

Instead of using gnarly poisons to control the rodent population in and around her business, Solano contacted Moss Landing-based Humane Wildlife Control, which is owned and operated by husband-and-wife wildlife experts, Duane Titus and Rebecca Dmytryk.

The couple erected a barn owl box on top of a 20-foot pole on property at 7902 Moss Landing Road last December.

Within a few days a pair of owls took up residence in the box.

The Haute team decided to name them Teco and Lotte, keeping with the Spanish word for owl, tecolote.

And it gets better.

By last week, there were eight eggs.

A peek inside that box can be enough to brighten your whole week. Maybe your whole month, especially if you're feeling down about tough nature news like Donald Trump's muzzling of the Environmental Protection Agency.

That happens via the Teco & Lotte Nest Box Live Stream at the Haute Enchilada on YouTube, courtesy of Terra Fox Networks.

Mama Lotte tends to the eggs constantly, taking a rare break in the early evening to stretch her wings.

Papa Teco brings Lotte fresh prey—gopher, rat, mouse and vole—through the night, at times stashing reserves in the corners of the box.

When we tuned in, she was scratching her chin, gently maneuvering the eggs and generally making us stupid joyful at a chance to watch.

Not only is the pair of owls an all-natural antidepressant, it's potentially historic.

Haute Enchilada is calling itself the first restaurant to use owls to control its rodent population.

They also have a beehive (maintained by Carmel Honey Co.) to boost the health of their colorful and art-studded gardens and furnish raw honey in the restaurant.

Barn owls are impressive hunters with appetites to inspire eaters of pescado Cubano ($26), relleno de la paz ($18.95) and pan-fried sand dabs ($19) down below at the restaurant.

A single barn owl can hunt, capture and eat a dozen rodents per night. A barn owl family can consume 3,000 rodents in a single four-month breeding cycle.

They enjoy open fields and grassy slopes over woodlands, and prey on small nocturnal animals. They're deemed “cavity” dwellers given a penchant for nesting and roosting in trees or man-made structures such as barns, silos and Haute's boxes.

“We're hoping that other people will want boxes too," she says. "There aren't enough nesting sites for barn owls. We're spreading barn owls one box at a time.”

An infrared security camera has been installed in Lotte and Teco's box so patrons can either watch the owls on a monitor at the restaurant or with the live stream.

The pair’s eggs are expected to hatch the first week of February.

An owl box house warming and hatch party happens 5-7pm Saturday, Feb. 11, with a streaming of the nest-box cam, light hors d’oeuvres and a no host bar, plus a slide show presentation about barn owls.

Issue August 29, 2021. Lizzo and 58 other thinkers, artists and innovators bring their message to the Monterey Conference Center stage for this year’s TED Talks.