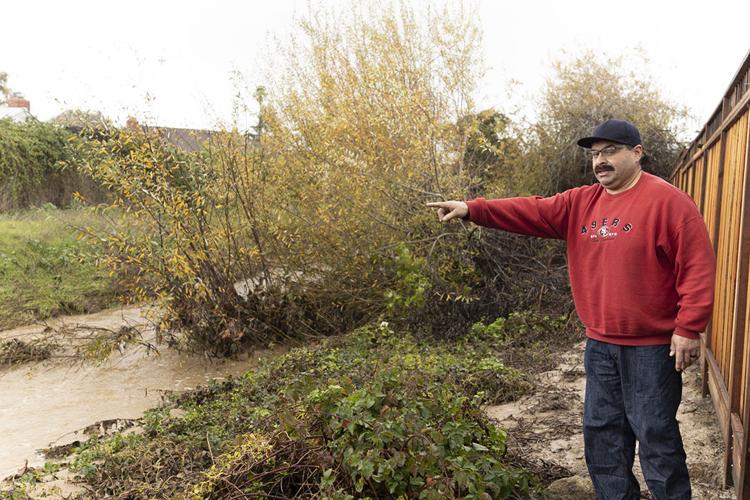 Francisco Maciel says when he moved to the Bolsa Knolls neighborhood, Little Bear Creek, which runs behind his house, didn't didn't have large plants and trees and it was regularly maintained. 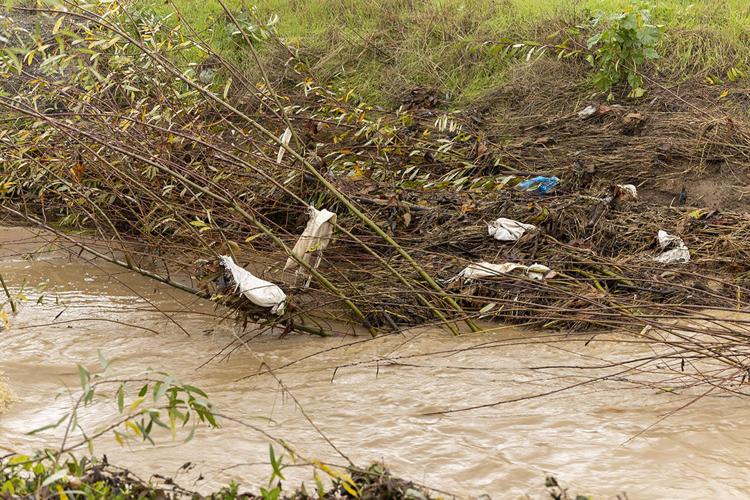 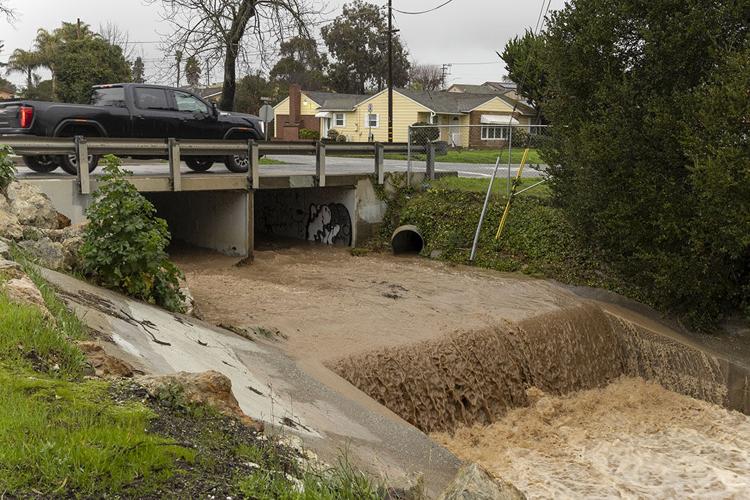 Santa Rita Creek and Little Bear Creek divided by Russell Road and flow through the city of Salinas and county lines, respectively. The creek on the Salinas side appears wider and better maintained. 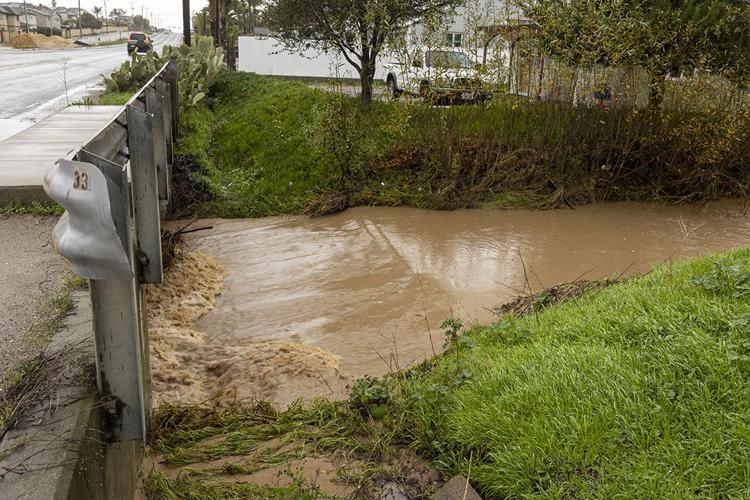 Little Bear Creek upriver, on the county side of Russell Road, looks narrower than its downstream counterpart, Santa Rita Creek.

Francisco Maciel says when he moved to the Bolsa Knolls neighborhood, Little Bear Creek, which runs behind his house, didn't didn't have large plants and trees and it was regularly maintained.

Santa Rita Creek and Little Bear Creek divided by Russell Road and flow through the city of Salinas and county lines, respectively. The creek on the Salinas side appears wider and better maintained.

Little Bear Creek upriver, on the county side of Russell Road, looks narrower than its downstream counterpart, Santa Rita Creek.

Dozens of sandbags, like a small barricade, are outside of several homes and garages on the low side of Paul Avenue in Bolsa Knolls in North Salinas. On Monday afternoon, Jan. 9, the street has little water and there is almost no trace of the flooding that covered several streets in the vicinity with murky water just a few hours earlier.

Lisa Wise, who has lived on Paul Avenue since 1992, says the flooding came after 8am and the water receded after after noon. Wise says she knew about the evacuation order Monterey County officials issued only after the water was receding, and neither she nor her or neighbors evacuated the area. Wise her and her neighbors are cleaning out storm drains and removing trash to prevent flooding.

“All of our neighbors are in their slickers out here, putting up sandbags and cleaning out the culverts and protecting each other's property because no one else is doing it for us,” she says.

In December, water got into Wise’s garage and it flooded her backyard, and playground equipment and a sandbox for the daycare she runs were dragged up against the fence.

Neighbors say flooding in the area could be prevented with more cleaning and maintenance of Little Bear Creek (this creek runs southward through the neighborhood, including along Paul Avenue—behind Wise's home— and along Rogge Road and San Juan Grade).“Because of that, every time we have a heavy rain we flood because they are not doing their job," Wise claims.

The creek—which goes by different names on the county and city sides of Russell Road, Santa Rita Creek on the Salinas side and Little Bear Creek on upriver county side—looks completely different in each jurisdiction. In Salinas, south of Russell Road, it looks wider and clearer; one side is covered with large rocks. On the county side, the creek narrower and looks shallower with grass and vegetation on its sides. “They got the rocks in there and everything. You come on this side and it's not—it's like a big jungle,” Wise says.

Francisco Maciel, who lives two doors down from Wise and is a teacher in Salinas, says he requested the day off on Monday to make sure his property was OK. His home is 4 feet below the street level. Maciel says he doesn’t have a flood insurance. “I can't afford $5,000; I have two kids in college,” he says.

At a press conference about flooding safety and preparation the day before, on Jan. 8, Monterey County Public Works Director Randell Ishii noted crews were out clearing ditches and culverts, removing debris and trees in areas across the county.

"The county cleared culverts and drainage ditches that are under our maintenance both before during this crisis," says Monterey County Communications Coordinator Maia Carroll. "The creek runs through both private property and county property so it's a complex issue."

Both Wise and Maciel remember a time the creek was better maintained—trash removal, clearing of culverts—but they say that work stopped over 10 years ago. “Whoever used to do it needs to come back and do it again. No one's doing it now,” Wise says.

Maciel and Wise are hoping newly sworn in County Supervisor Glenn Church, whose district includes North Salinas, will address the issue. Church was in the area helping residents prepare for the upcoming storm.

“It has made a difference [in the past]," Maciel says. "So if somebody cleans out the creek I guarantee it that we will have less flooding.”

It’s deja vu all over again. Every time Bolsa Knolls floods the County says clearing the creek is too difficult because it runs through some private property. Just get it done. The other thing that would help would be to incentivize upstream property owners to install and maintain retention basins to moderate the flow. However, enthusiasm and resources for flood control projects tends to recede with the flood waters.