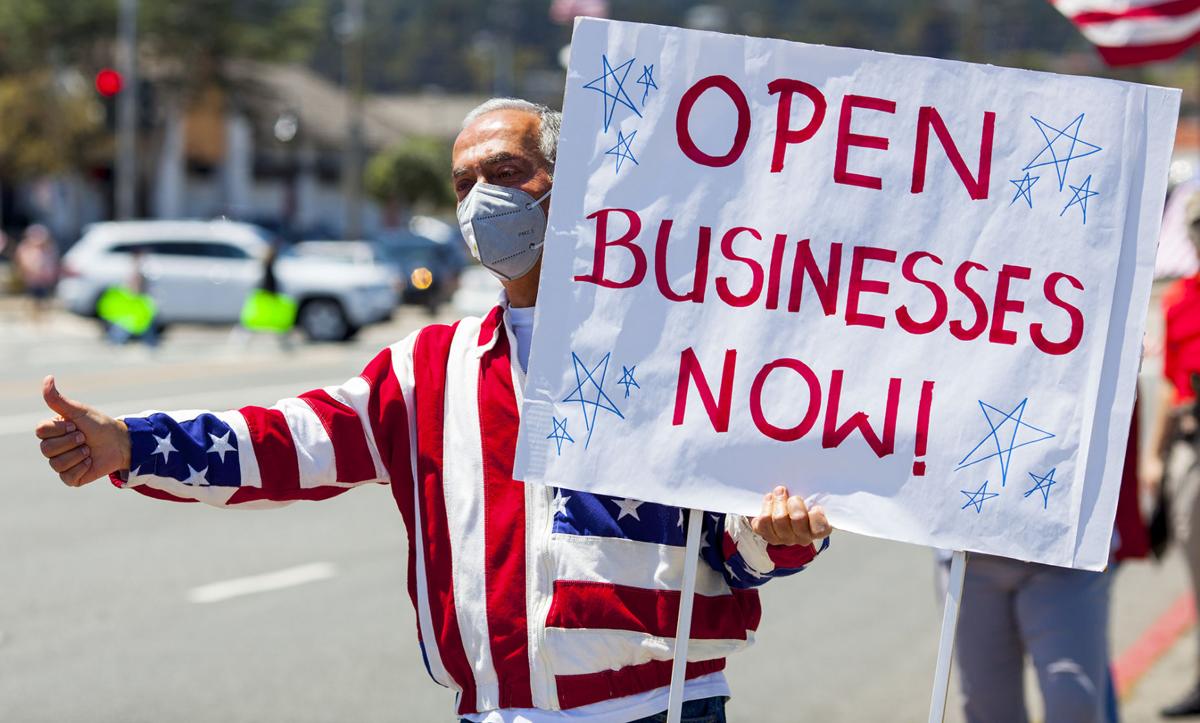 Leader of the Pacific Grove Chamber of Commerce Moe Ammar holds a sign during the protest against the state's shelter-at-home order on Friday. 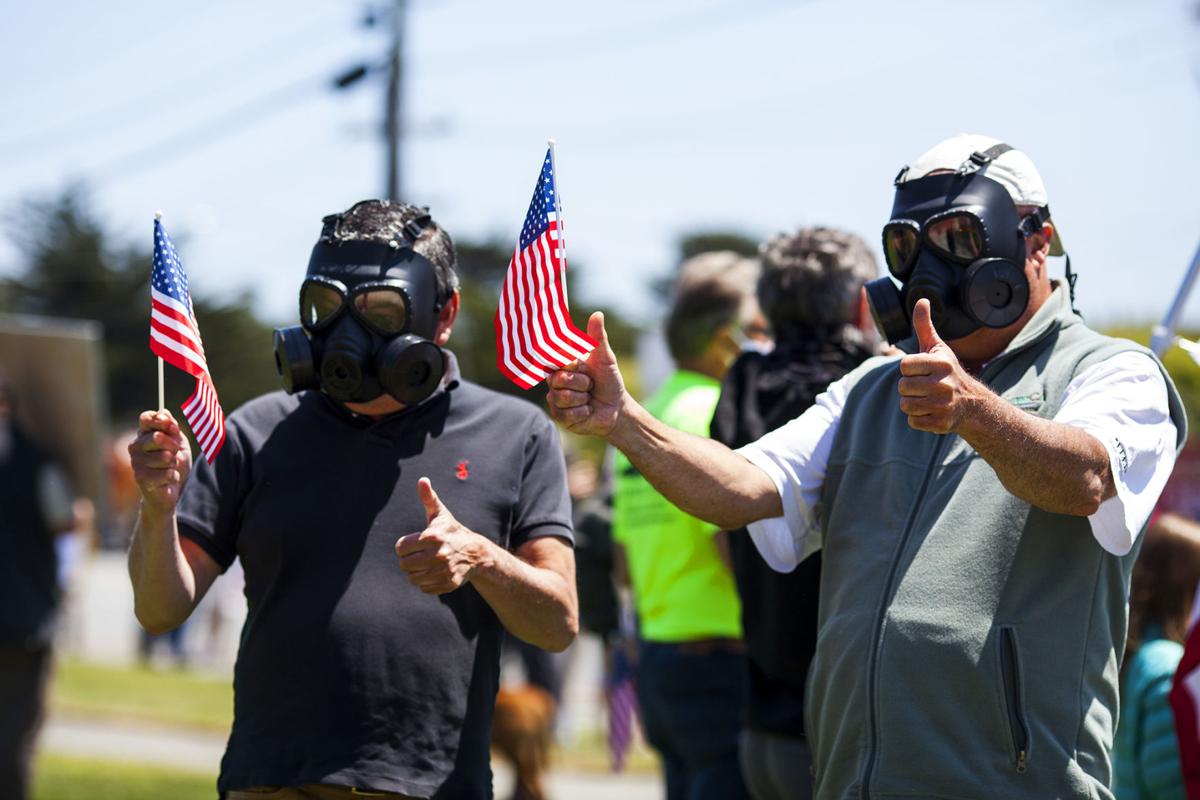 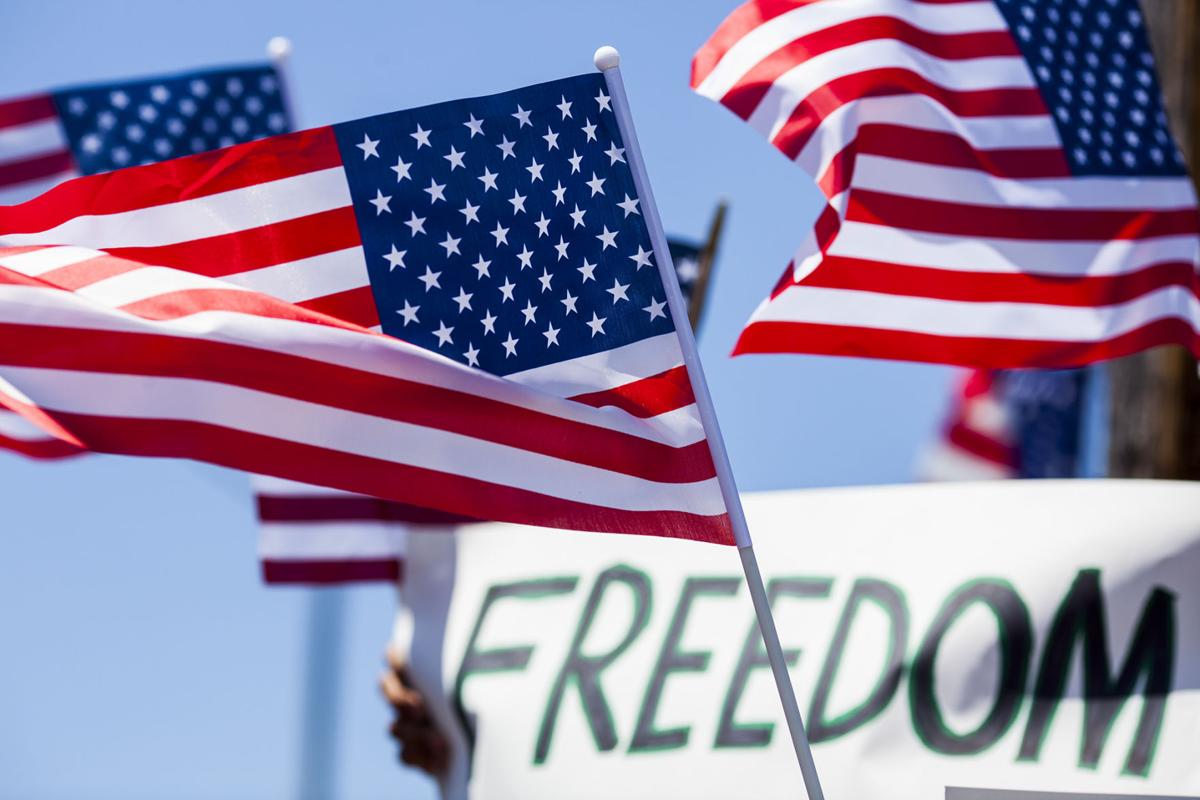 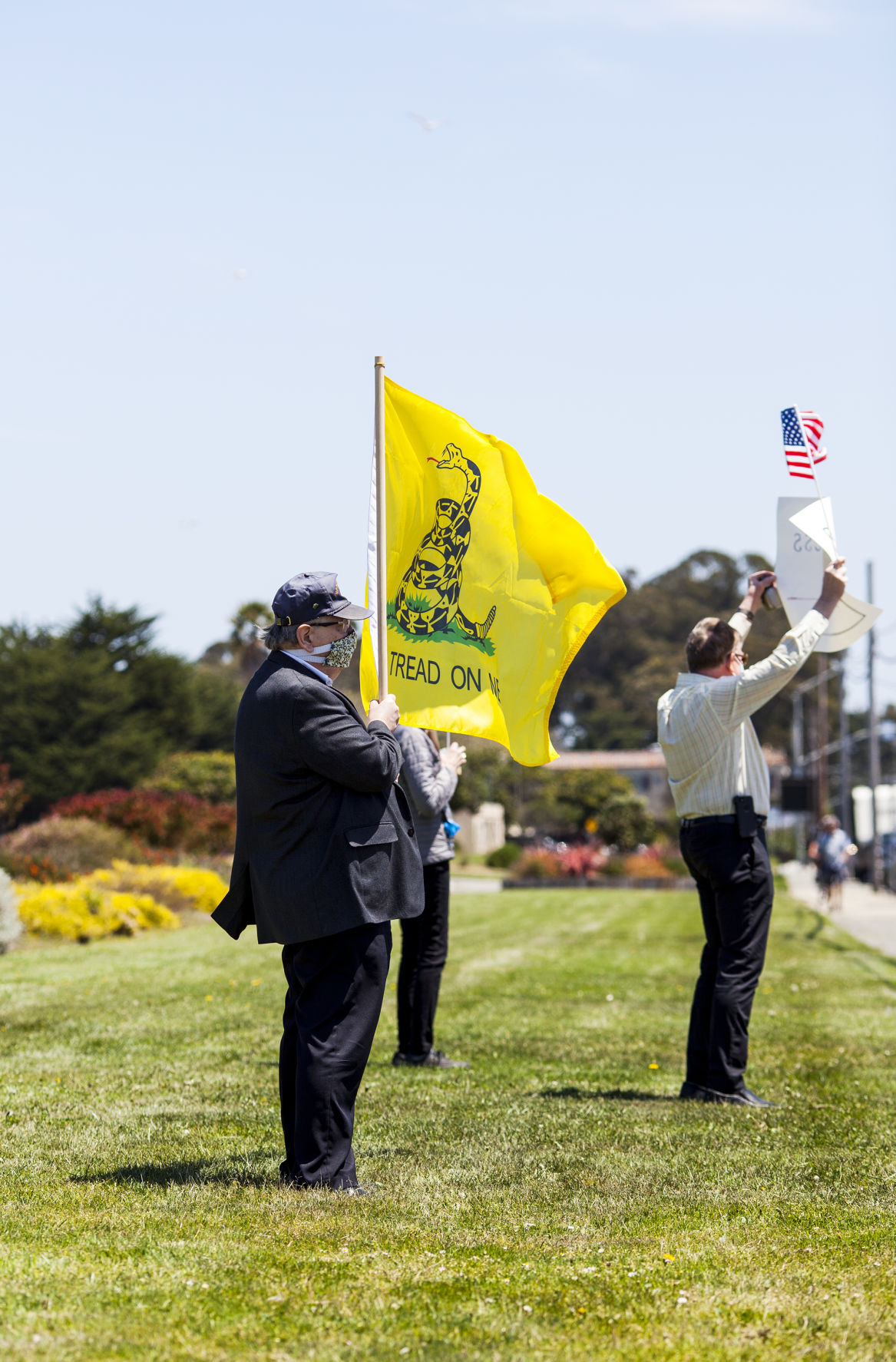 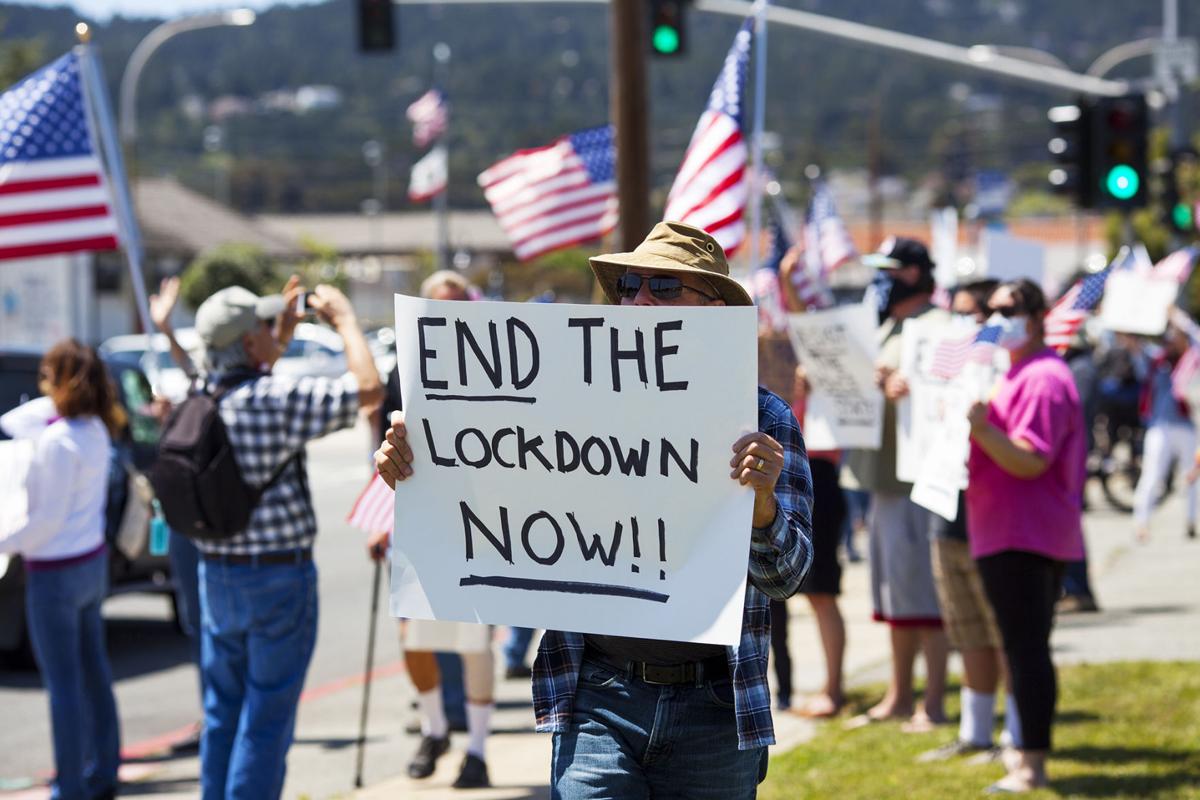 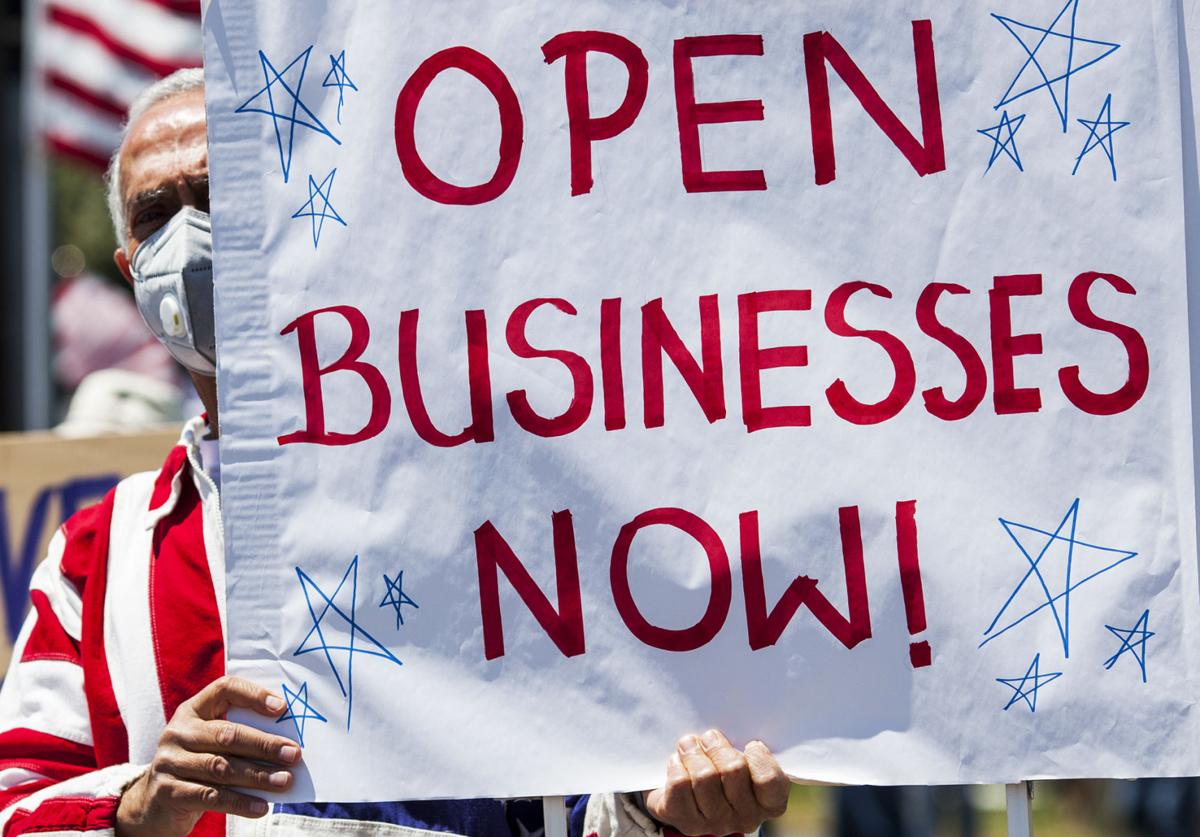 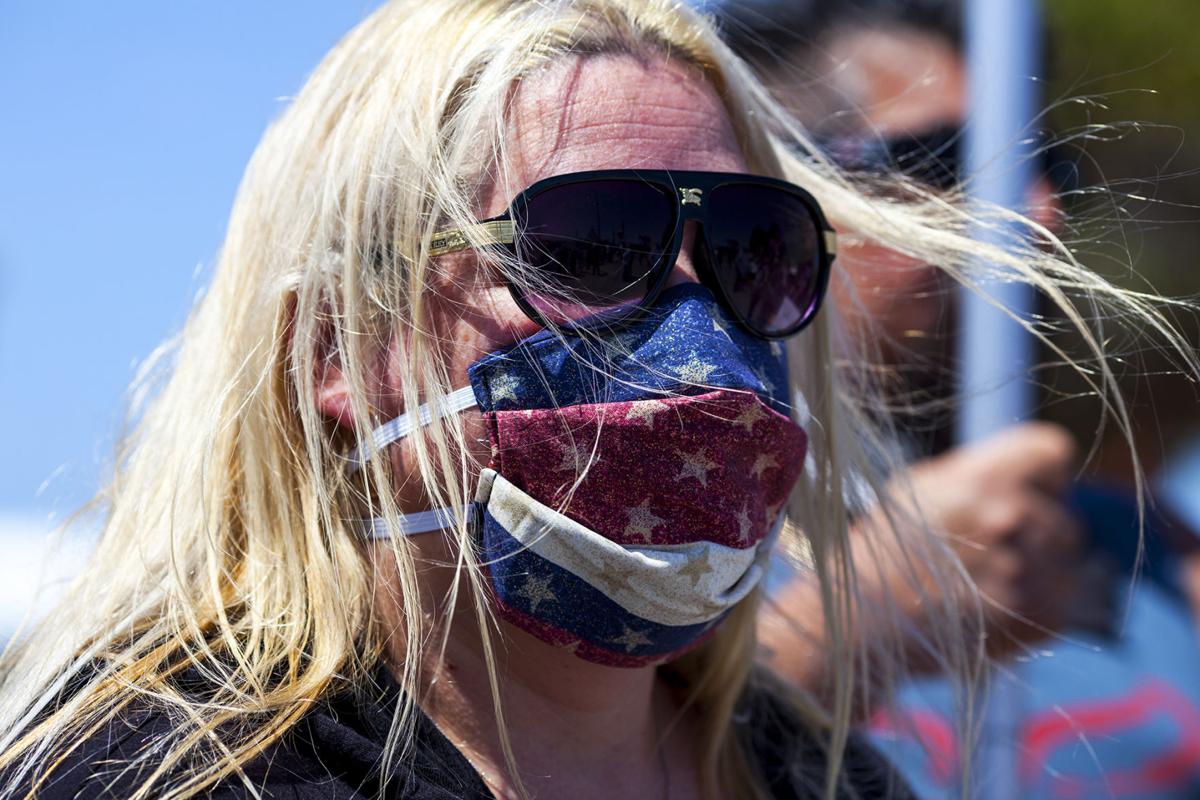 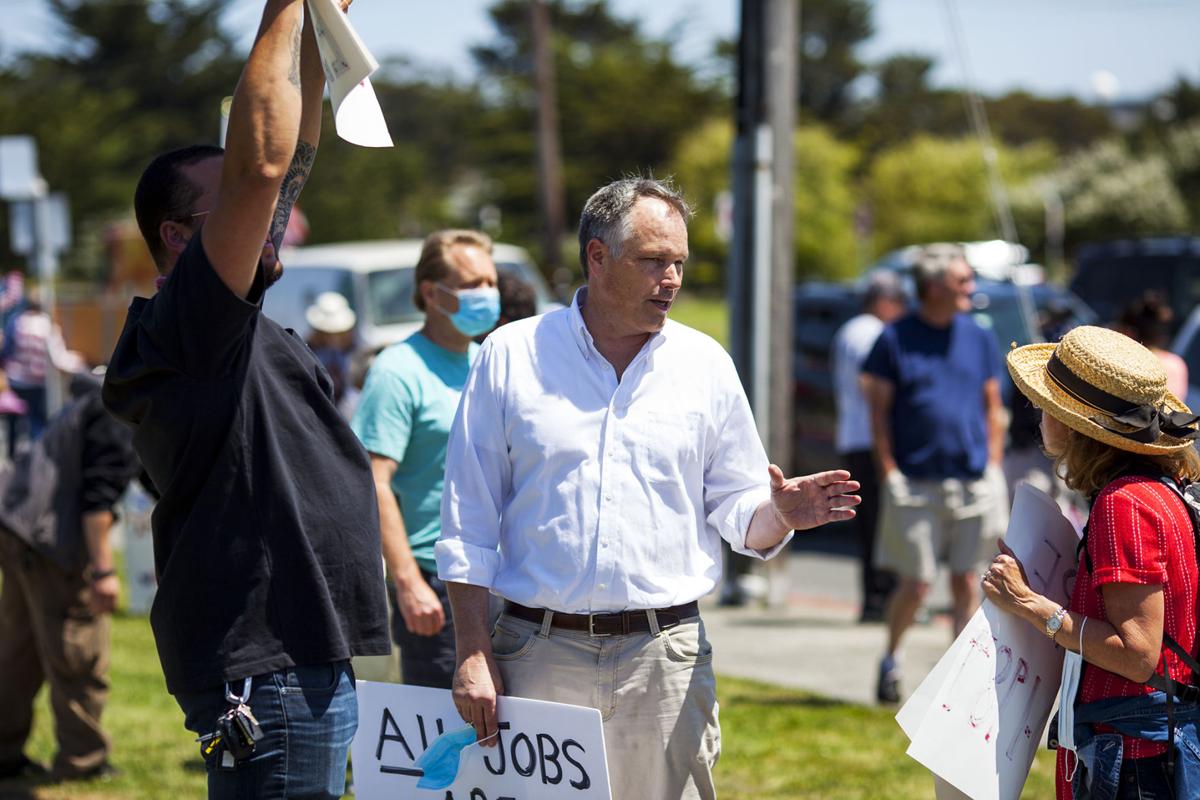 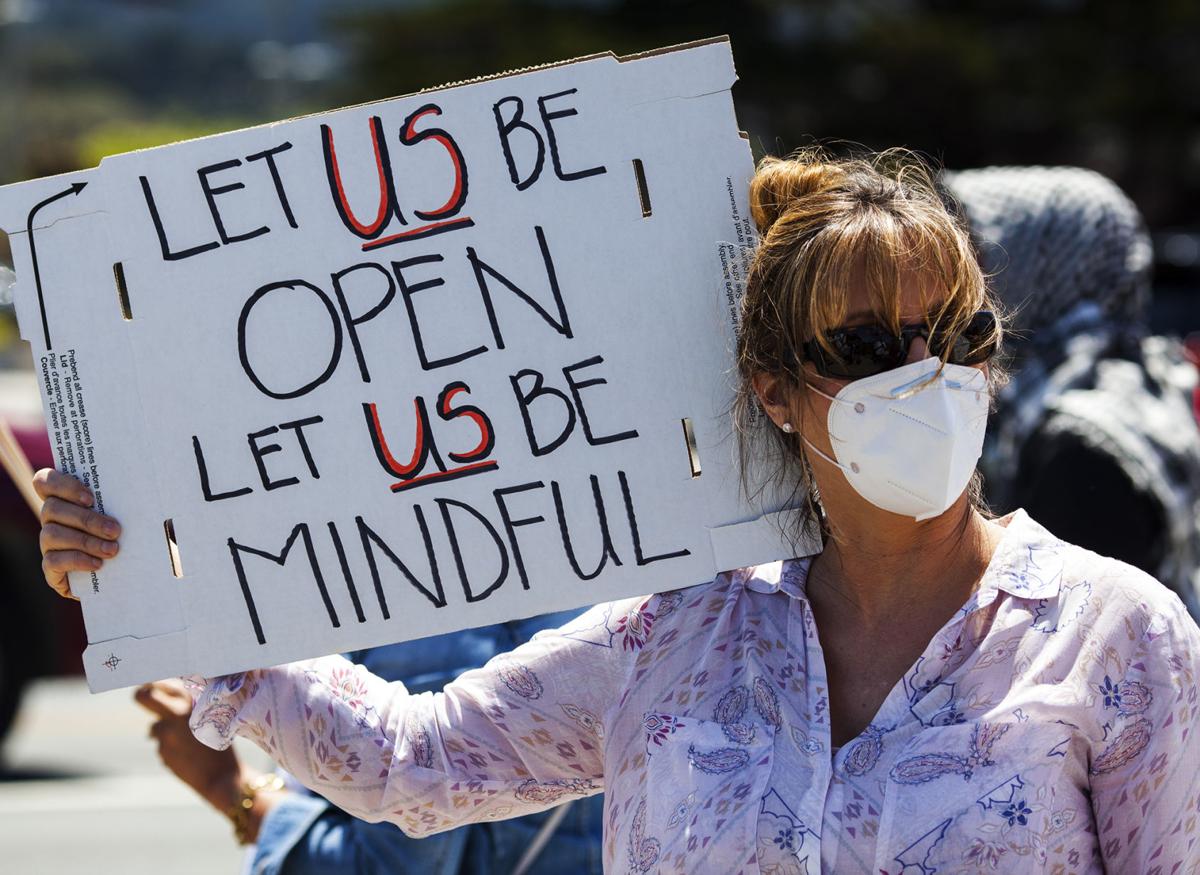 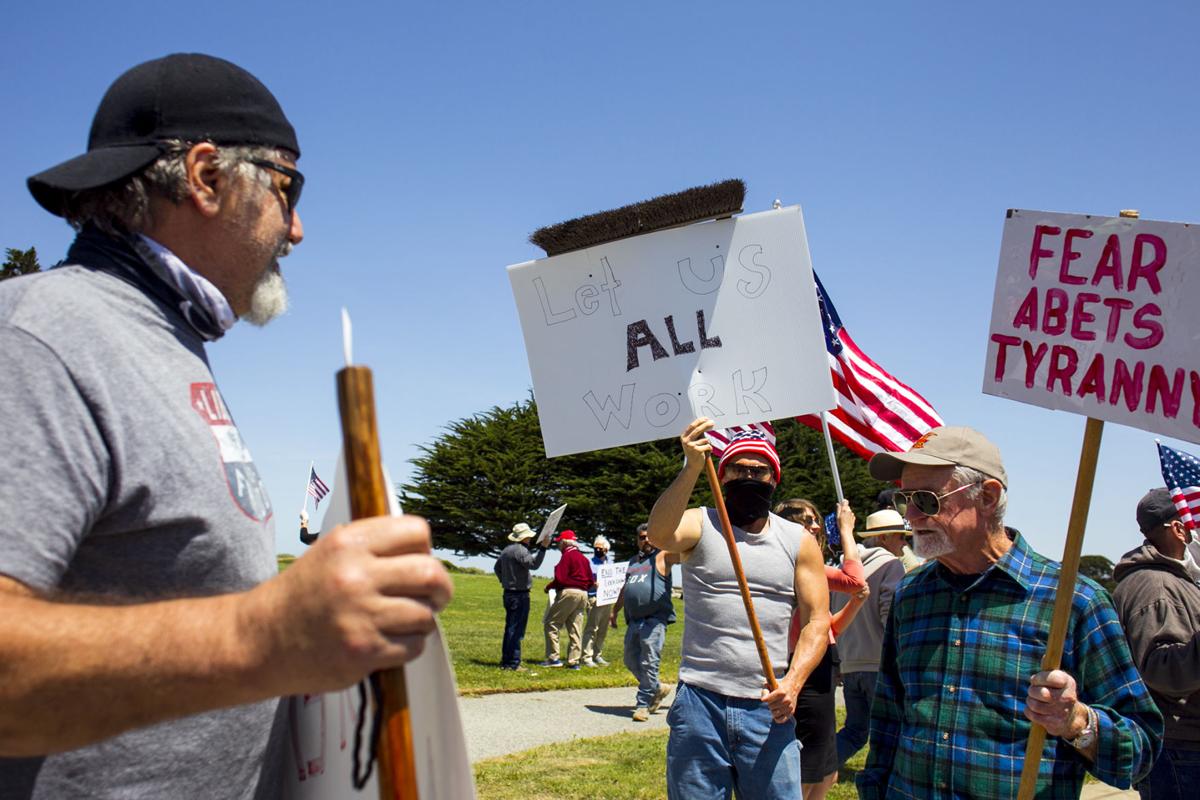 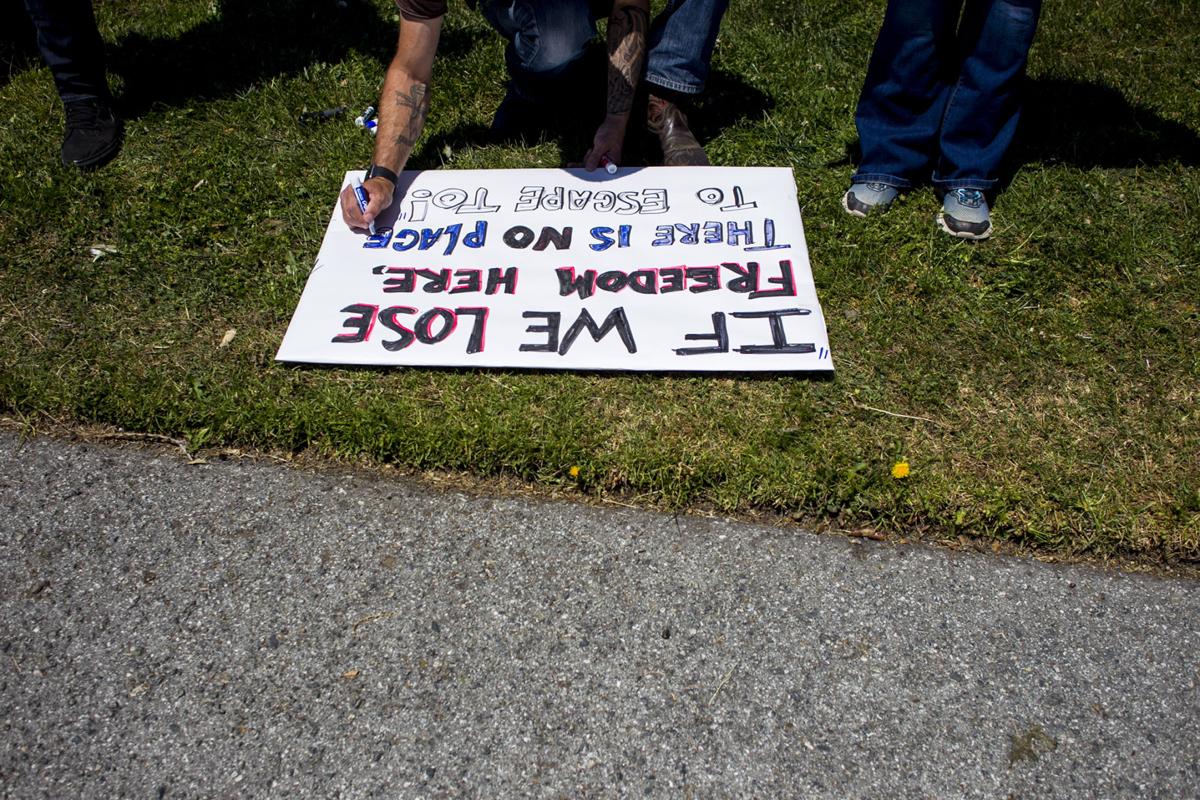 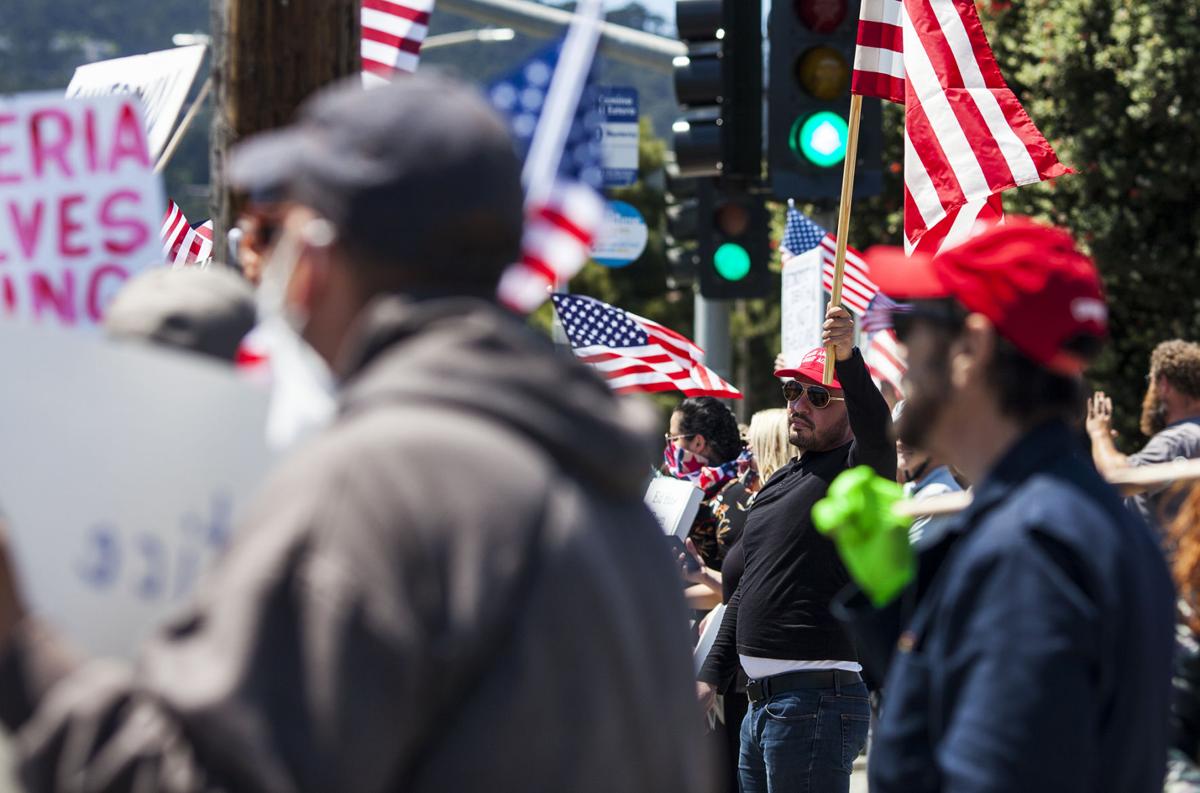 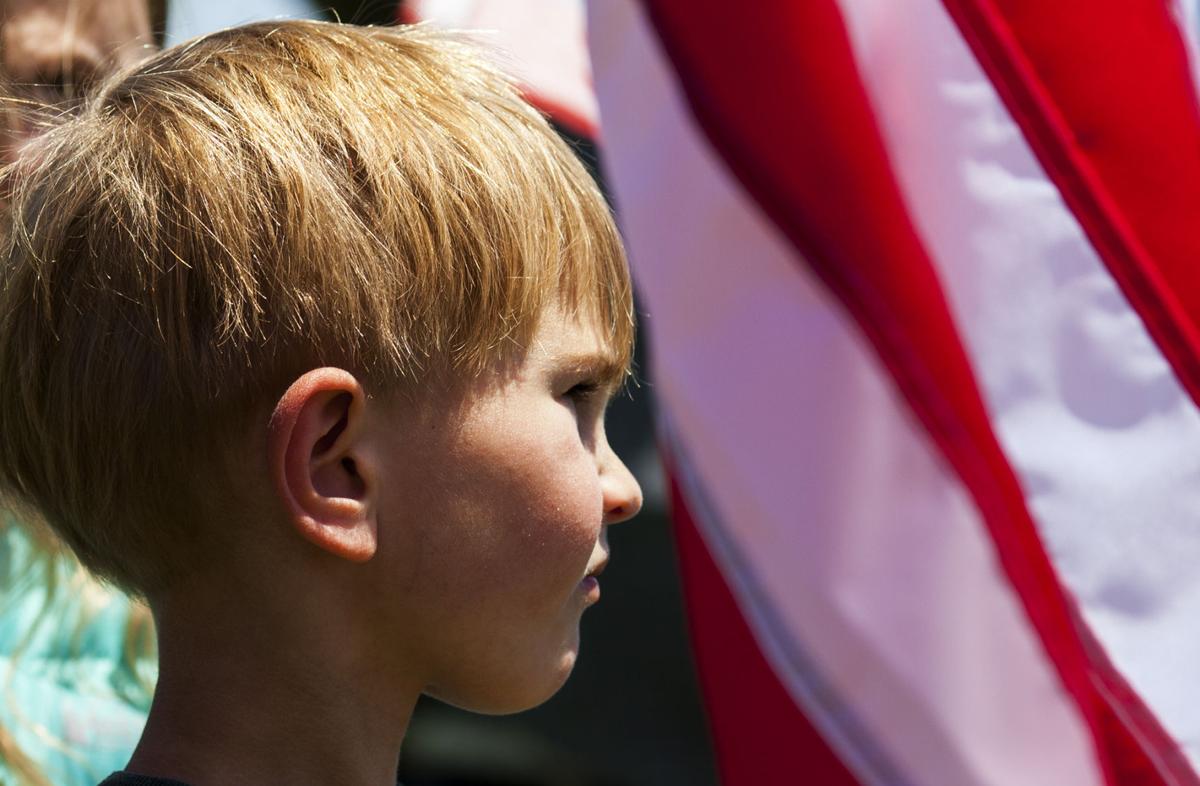 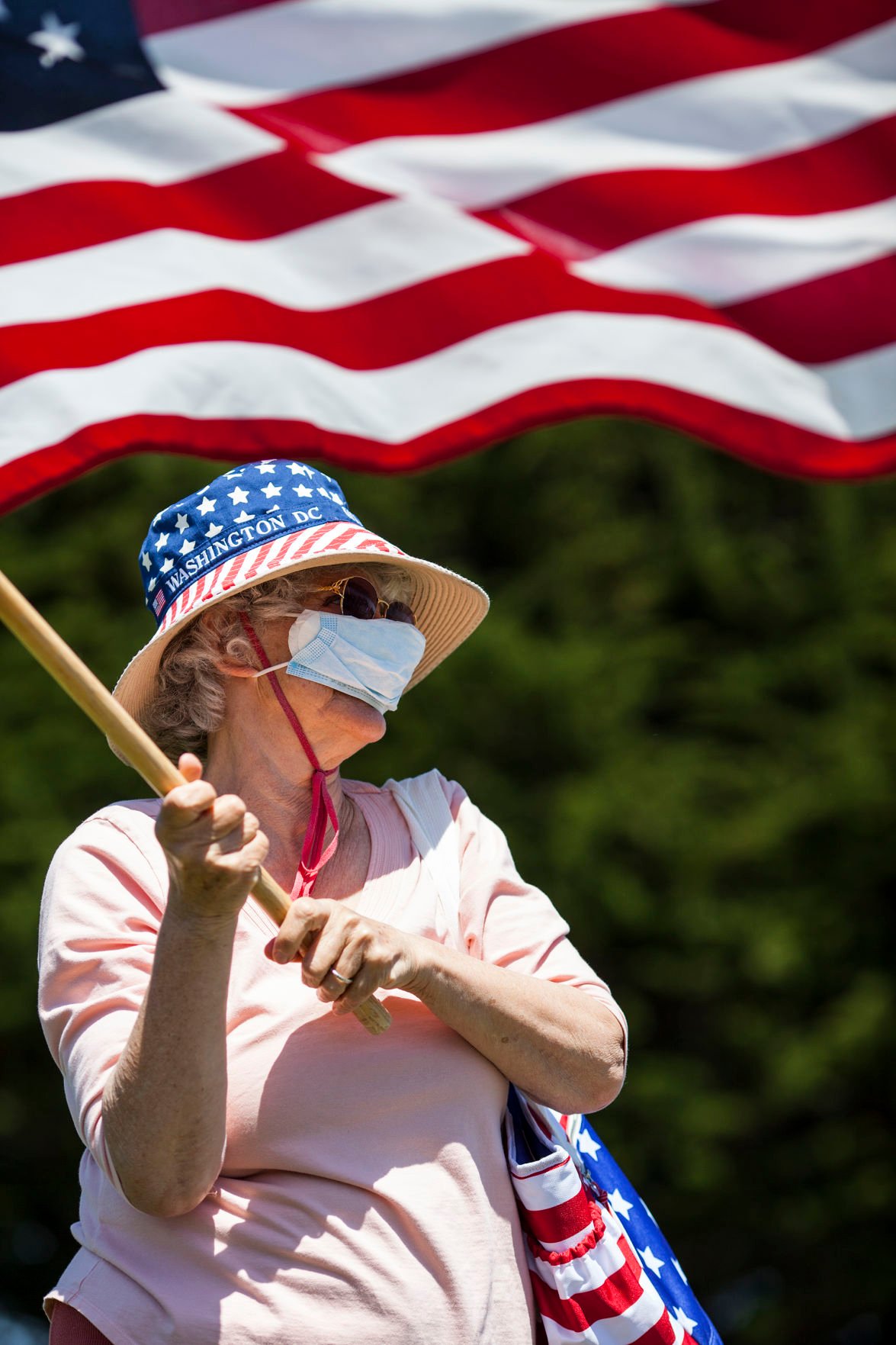 Leader of the Pacific Grove Chamber of Commerce Moe Ammar holds a sign during the protest against the state's shelter-at-home order on Friday.

Among protesters, people shook hands, social distancing was virtually nonexistent and even though health order now requires Monterey County residents to wear masks in public, only about half of the attendees were wearing them.

"Mandatory making us wear masks is just unrealistic," says Sabrina Manzoni of Carmel, who did not wear a mask at the protest. "It's been proven they don't do anything. They get contaminated and if you sneeze through a cloth mask it will just go through the fabric anyway."

The protest brought together people who ultimately wanted the same thing—the reopening of the state—for very different reasons. For Manzoni, the owner of Manzoni Cellars, the protest was about ending the shelter-in-place order so businesses like hers could reopen. It was also about the lies she believes the government and hospitals are telling citizens.

For others, it represented one small fight against what they believe is a hoax (the coronavirus, which has killed more than 200,000 people) in a much bigger war on their freedoms.

"This country was based on biblical principles, and when politics get in the way and take away freedom from people, we are in trouble," says Monterey resident Alexander Holodiloff. "Then we are just like any other nation that has given in to democracy or mob rule or whatever you want to call it."

Also among the protesters was Jeff Gorman, who is the Republican candidate for Congress for District 20.

Despite the prevailing belief among protesters that Covid-19 is no more dangerous than the flu, there were people holding signs asking for the mindful reopening of the state. They called to reopen the economy, but with social distancing protocols and masks.

Monterey County in the Time of Coronavirus

Monterey County in the Time of Coronavirus (earlier stories, starting 1.30.20)

These people were breaking the law. Not only that, some of them brought their children, exposing to the risk of contracting a potentially fatal disease. Why aren’t they being prosecuted? What happened to the rule of law? Or does it not apply to angry white right-wingers?

Where did you get the 200,000 killed number? There is crack reporting!

Monterey County is not NY. We do not have the same geography, density or rate of infection. The county and the state are in over kill.

You can stay shut down forever and can open up responsibility. But what do these protestors want? Everything open like normal?

There’s a reason the military is taking this unknown virus seriously. We should to. And to say things like “face coverings do nothing” just makes them look foolish. Of course it does something. It stops you from spitting as you shout “freedom, freedom, freedom.”

Hey Monte! What the protesters want is the ability to earn a living and pay bills. How you doing? Do you have guaranteed income, work for the government, have a job where you were not furloughed or laid off? It’s easy to grumble and cast vast generalizations.

Some numbers, from the CDC.

But entire states are not placed under house arrest to stop heart problems, cancer, auto accidents, diabetes, and everything else that kills Americans.

If these house arrests had been done rationally, I could easily have supported it. Lock everything down for two weeks. By then, the hot spots have been identified. Quarantine those areas and a buffer zone, let everyone else go back to work/school, using precautions. Didn't happen. These house arrests have long since stopped being health-related. They are now entirely political. Can't see any other reason the county "health director" refuses to acknowledge he was wrong in expecting 33,000 cases in a few weeks, when we barely have 200 cases. The Board of Supervisors believes any garbage this man says. In my opinion, the county "health director" has been criminally negligent in keeping the county under continuing house arrest, and Newsom has acted in the best tradition of totalitarians everywhere.

It's very sad to see an America that runs so scared of every little thing. World War II and Great Depression Americans would be laughing at us, with very good reason.

The damage isn't just economic. Trust in all levels of government and law enforcement has been severely damaged, possibly irreparably. I cannot see why we should consent to be governed by such people any more.

Issue August 6, 2020 - Hate in Monterey County and efforts underway to stop it.