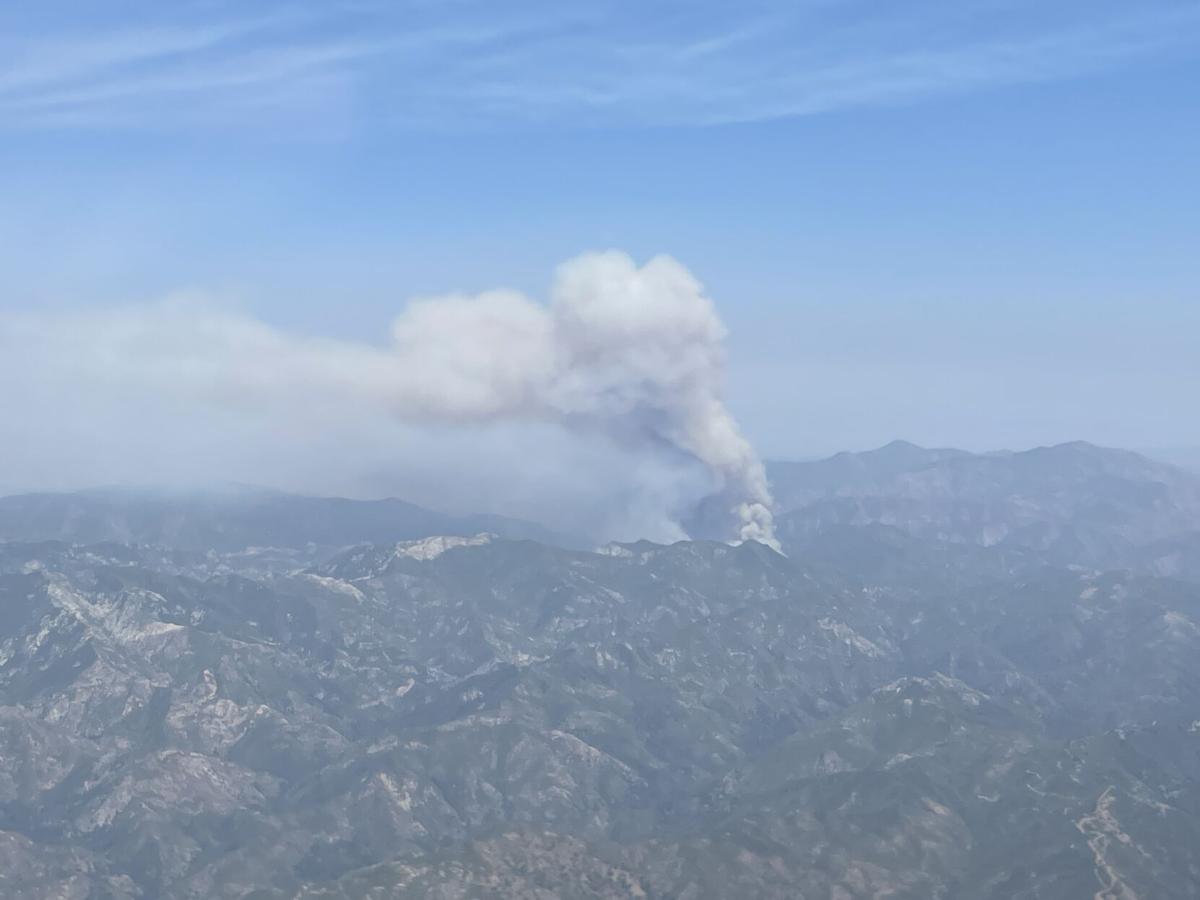 The Willow Fire on Friday, June 18, around 2pm.

The Willow Fire is burning in an inaccessible area of the Los Padres National Forest.

The Willow Fire on Friday, June 18, around 2pm.

The Willow Fire is burning in an inaccessible area of the Los Padres National Forest.

UPDATE (3pm): As of 2:20pm, the Willow Fire has burned an estimated 200 acres. There are about 300 firefighters on the ground, as well as air tankers and water-dropping helicopters assisting from the air.

Firefighters are hiking in to the Willow Fire burning in the Los Padres National Forest to assess the situation, as of 10am Friday, June 18. The area is not accessible by road.

"It's inaccessible," says Forest Service spokesperson Andrew Madsen. The good news is that the fire is relatively close to the burn scars of the Dolan Fire of 2020 and the Soberanes Fire of 2016. That means there will be less vegetation—"fuel," in firefighting parlance—available to burn.

The location appears to be Willow Creek Canyon, deep in the wilderness and one ridge over from the Tassajara Zen Center, located at the end of Tassajara Road. The Zen Center—as well as the length of Tassajara Road to China Camp (a U.S. Forest Service campground and trailhead)—are under evacuation orders. It is a remote area, and relatively unpopulated with the notable exception of the Zen Center.

Leslie James at the Zen Center says they are planning to evacuate vulnerable people this morning, and anyone else who wishes to leave. At least the Zen Center's trained fire crew, about a half-dozen people, are mobilizing and plan to stay on site for now.

When firefighters bring back an initial report, Madsen says they'll develop a suppression strategy. They have air tankers ready to go, and crews available to hike in. One concern is that it's forecast to be a scorcher of a day, with an excessive heat warning in effect and temperatures predicted to reach triple digits. "We'll be watching to make sure firefighters are hydrated," Madsen says.

Until firefighters return with an initial report, information remains spotty, but the fire is believed to be between 100 and 150 acres. The fire started at 8:10pm Thursday night, June 17.

The cause is under investigation, but Madsen notes, there was no lightning storm in the weather forecast. "As with most fires out there, there's probably a human element," he says.

Editor's note: This story has been updated to reflect additional details, such as a revised start time (8:10pm Thursday, not early Friday morning) and updated figures on acreage burned and personnel assigned.