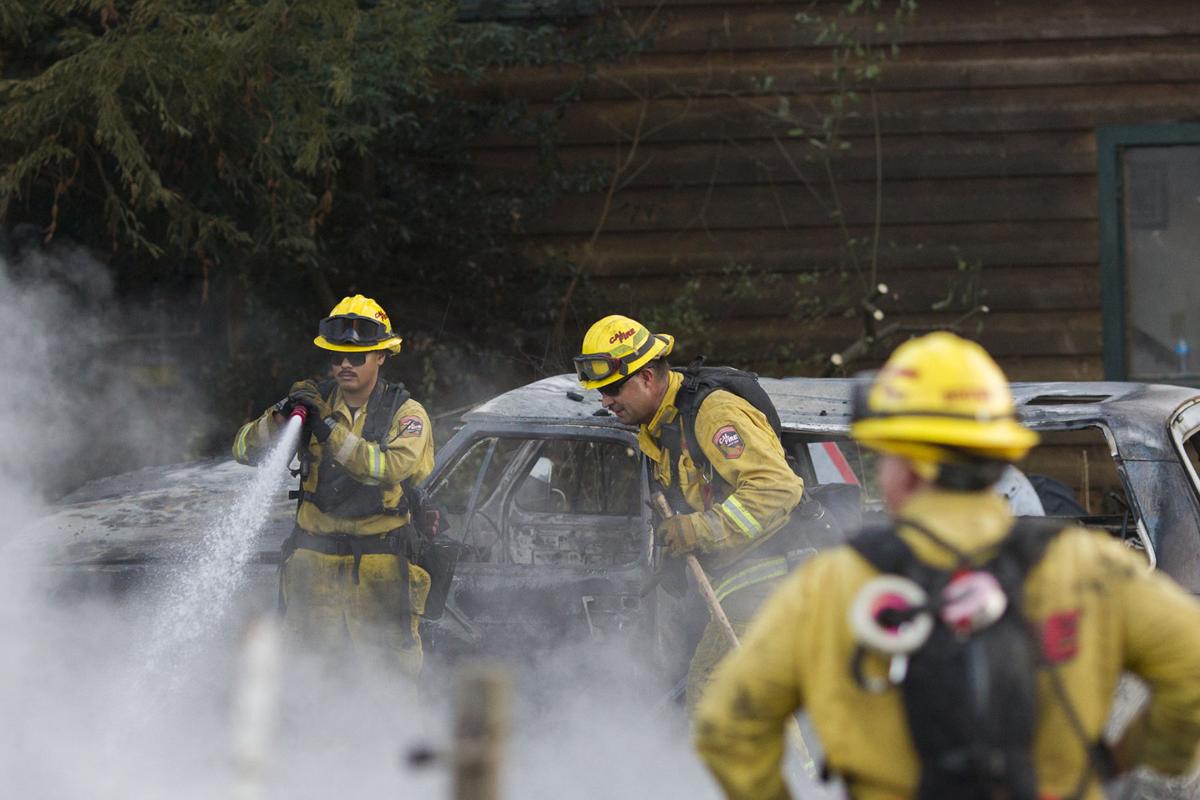 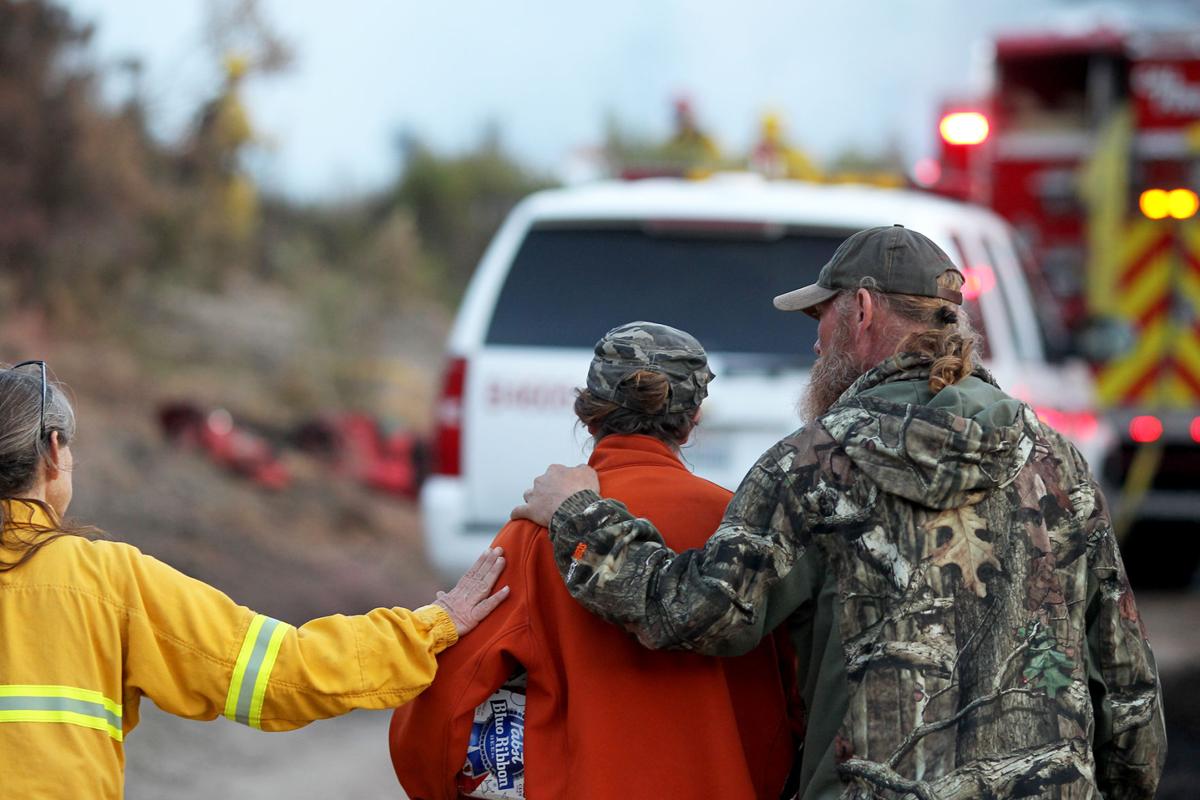 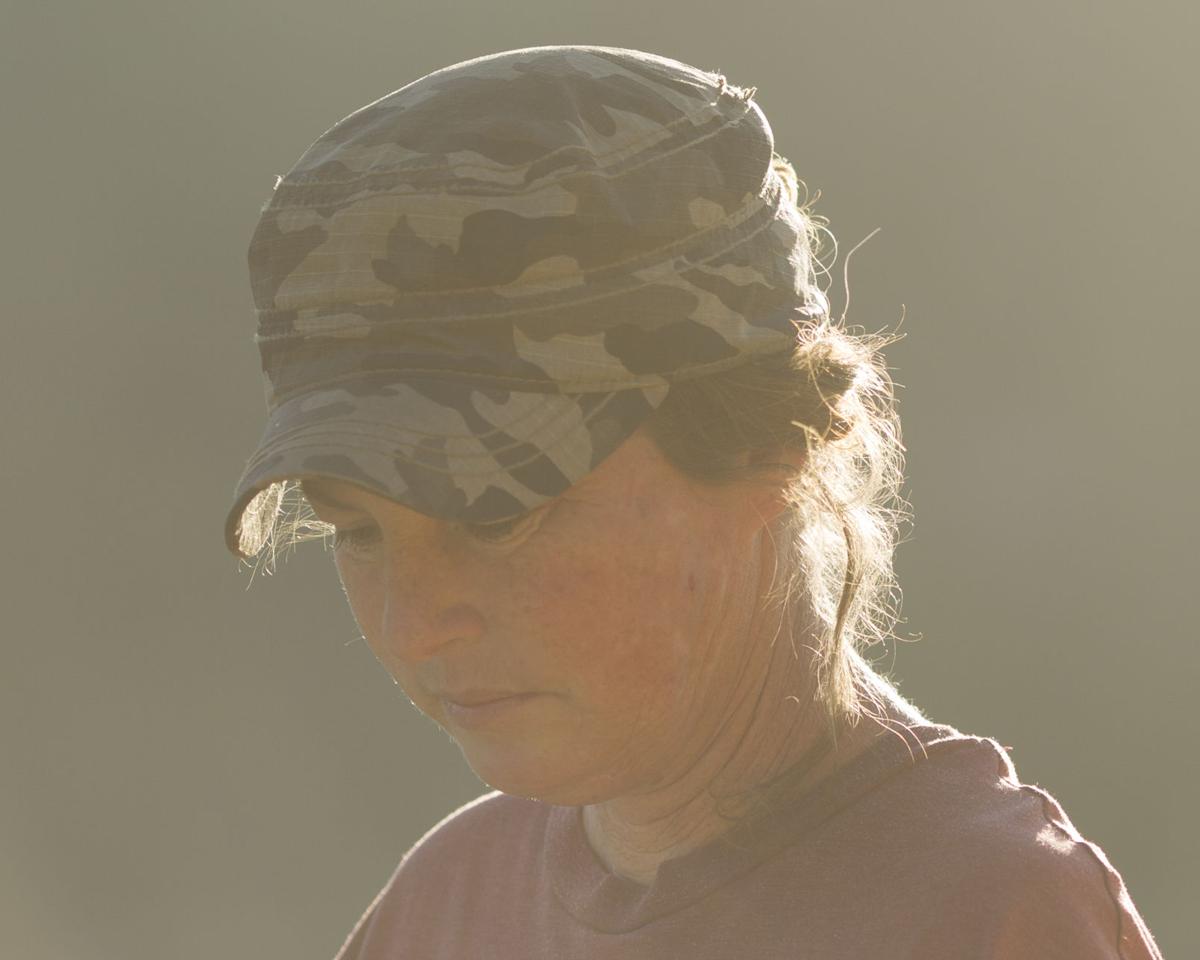 Shavaun Wolfe waits outside her property. 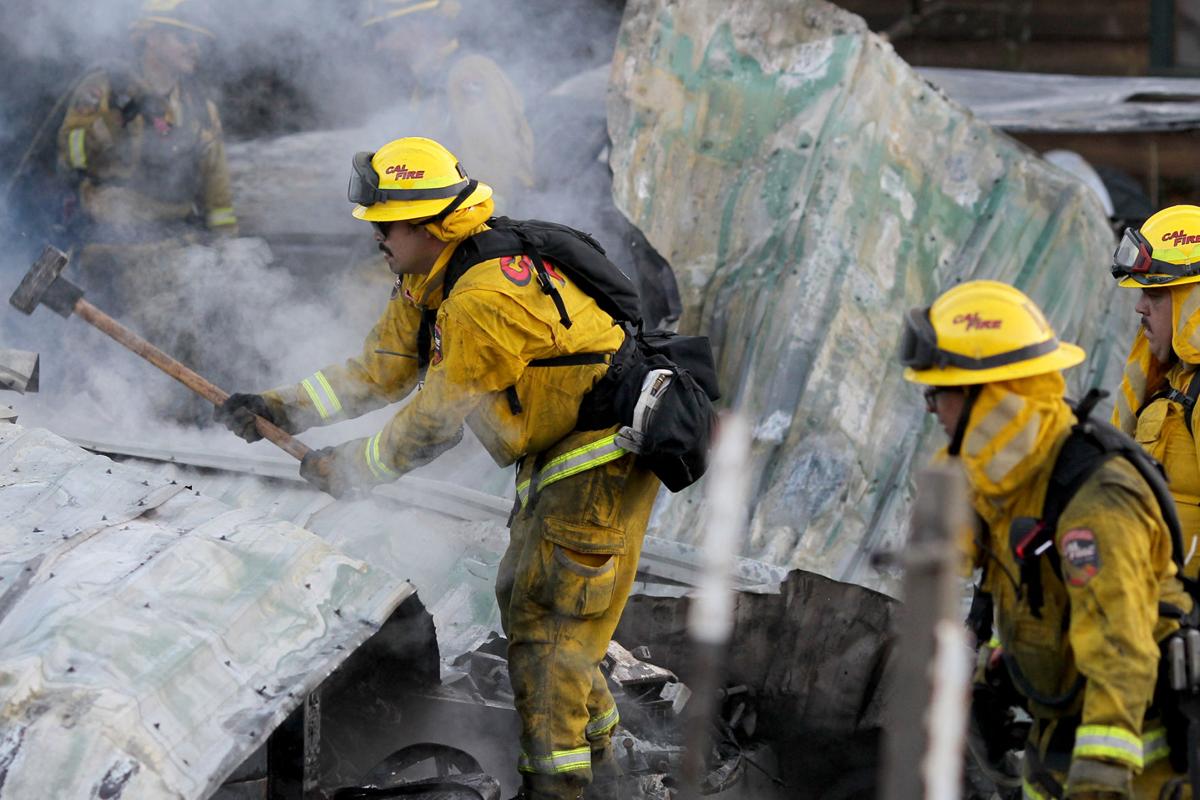 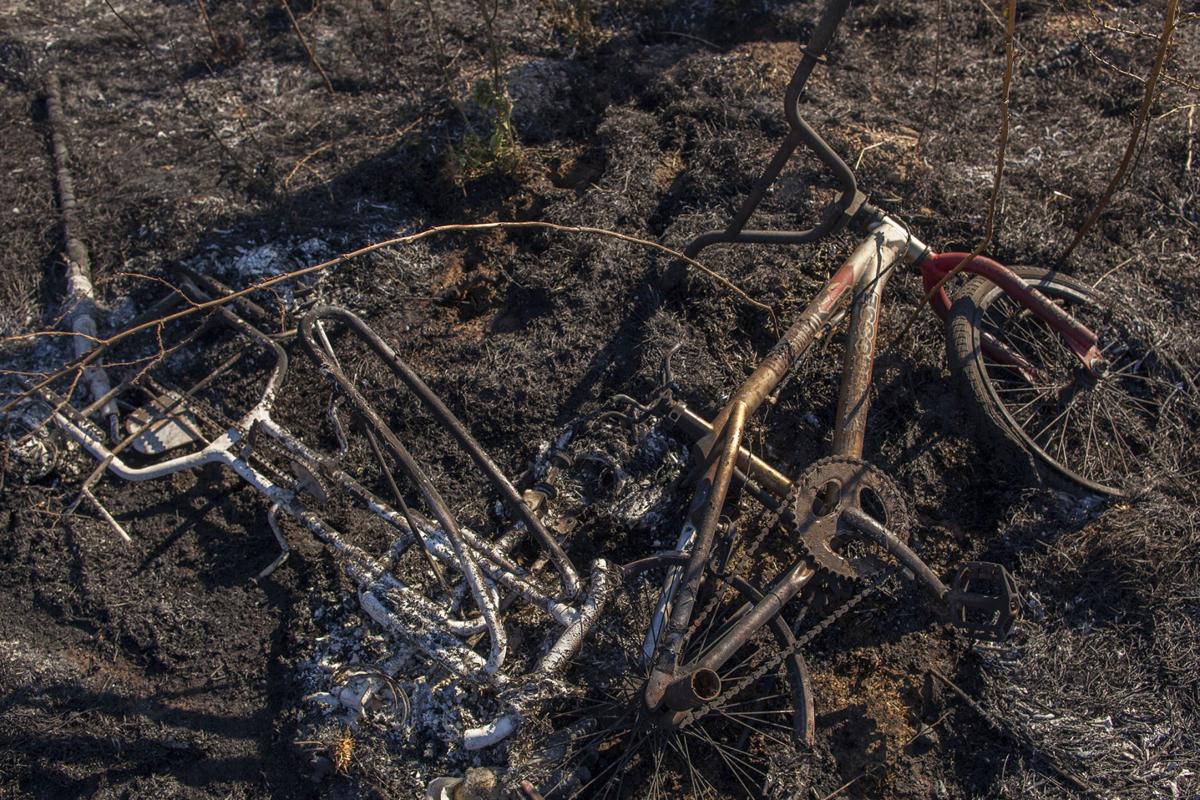 Burned bicycles are seen on the edge of Wolfe's property. 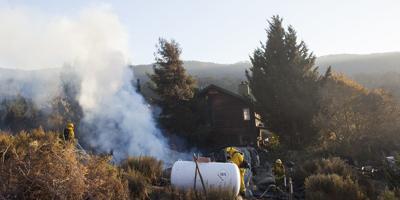 Shavaun Wolfe waits outside her property.

Burned bicycles are seen on the edge of Wolfe's property.

Shavaun Wolfe was picking up her son from Carmel Valley High School around 2:30pm when she got the call from her boss at Kasey's convenience store, who'd gotten a call from a neighbor. The boss's message: Your house is on fire.

"I drove like a bat out of hell," Wolfe says.

She returned home to see three acres in flames, and her home and garage shrouded in smoke. Crews from Cachagua Fire, Cal Fire, Seaside Fire, Monterey County Regional Fire and others were on the scene, acting quickly to stop the fire from getting out of hand.

Within about three hours, the fire was 100-percent contained as crews continued working past dusk. But Wolfe's garage, which had been full of family heirlooms, was reduced to ash and rubble.

It had been stacked to the ceiling with boxes of her parents' artifacts, books and tax returns, she says. Her French father was a book collector whose collection include first-edition Albert Camus works, and her mother's included hundreds of cookbooks with love notes inscribed to her by her husband.

Inside, Wolfe says, were also her sculpture supplies—a kiln and a pottery wheel—and some $40,000 worth of woodworking tools.

Also gone are an aqua-marine Jaguar of her dad's that she'd planned to fix up some time next year, a tractor that was a wedding gift and an SUV.

"But the house is OK, the kids are OK, and they saved the dogs," Wolfe says, as she laments that trees she planted—a box elder and some cypresses and redwoods—might not make it.

The house was still standing, thanks to a sprinkler system installed in 2002. Wolfe's best guess before inspecting the house, based on what firefighters reported back, was that a basketball near the window got hot from the flames, caught fire, and set off the sprinkler system.

"I'm not a cryer," Wolfe says, but she wept when firefighters rescued her two labradors, still alive, and handed them to her in her truck. The horses and cows were OK—far enough from the flames—but Wolfe is worrying about the cats, and whether they got away. "Cats are smart," she says optimistically, hoping they'll return home.

Wolfe's house—and the spot where the garage had been—are at the top of a small hill, perched above the driveway. Firefighters were investigating the cause of the fire, and had cordoned off the area believed to the the source, a stretch below the house, just off the driveway, and about 200 feet up from Carmel Valley Road.

Wolfe has her suspicions about how the fire started, in the flat area just below her house, just minutes after she left to pick up her son at school.

She says she's been in an ongoing dispute with a neighbor for most of the 31 years she's lived here, but it's escalated in recent weeks. She says he'll turn off the water system, and she'll have to get a valve key to turn it back on. She hasn't showered in a week, with the water constantly getting shut off.

On Oct. 16, Wolfe and her boyfriend, Russ Willeford, spent three hours getting the water system back on; not only was the valve off, but wiring and a battery had to be replaced due to additional damage.

"They would not have been able to get to the water main if I hadn't done that work yesterday," Willeford says, gesturing toward the firefighting crew.

On Oct. 15, Wolfe filed a request for a restraining order against the neighbor in Monterey County Superior Court. As is customary in such cases, a temporary restraining order was approved that will be in effect until the two parties appear in court. She suspects that's what could've set him off. (The neighbor did not immediately return a voicemail left seeking comment on Wednesday night.)

Cal Fire officials will not comment on the suspected cause of the fire at this time, citing a pending investigation, and arson has not been identified as the cause, nor has a suspect been named.

Wolfe is watching firefighters continue mopping up around dusk, with a Pabst Blue Ribbon and a cigarette in hand, trying to make sense of it: "What else am I going to do but drink and smoke and watch my house burn down?" she says.