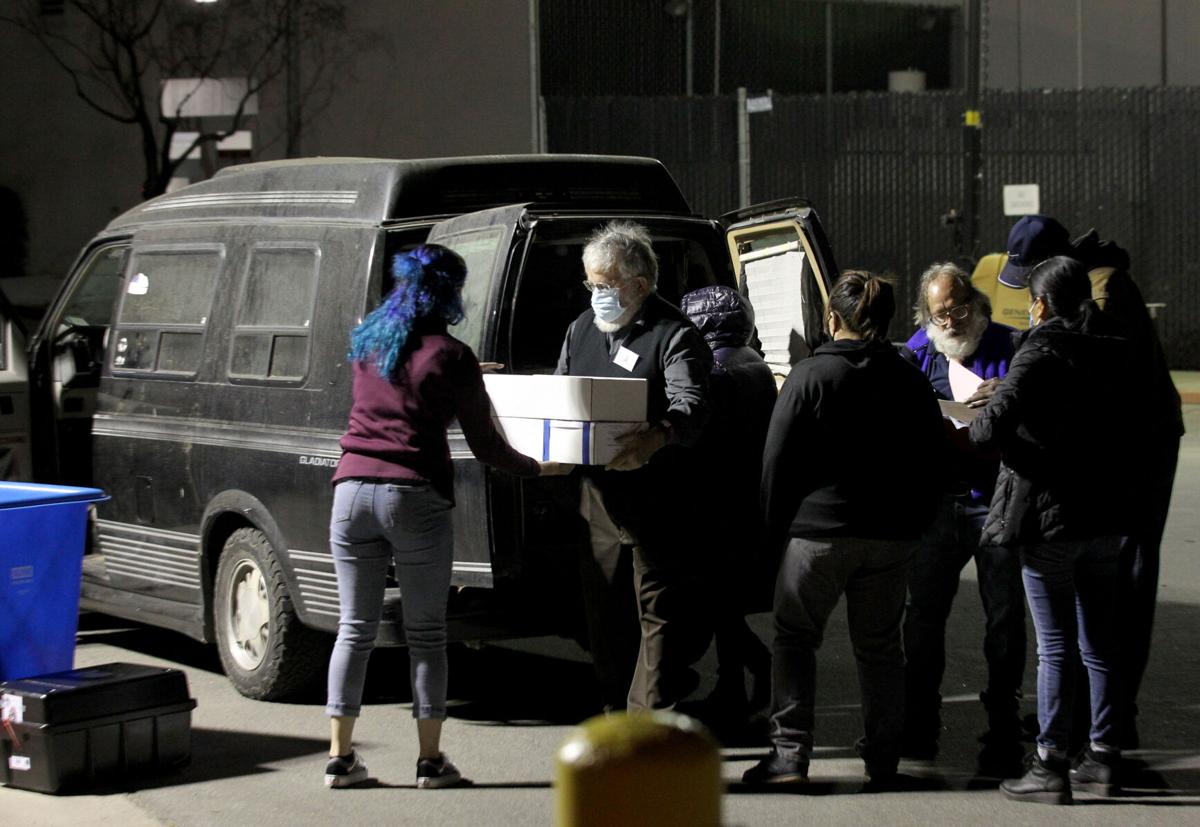 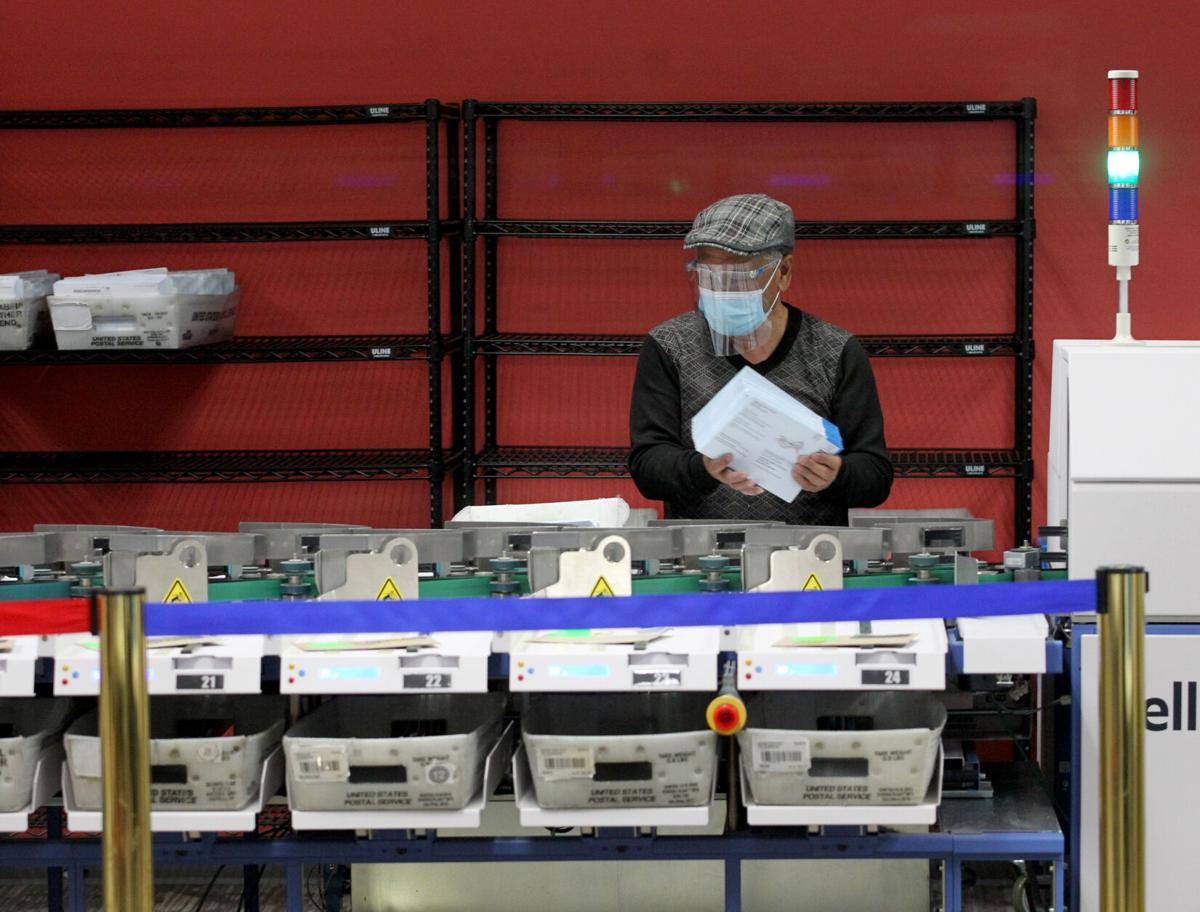 Although the election was called soon after the polls closed Tuesday night, a team of dozens at the Monterey County Elections Office stayed late to count election day ballots. 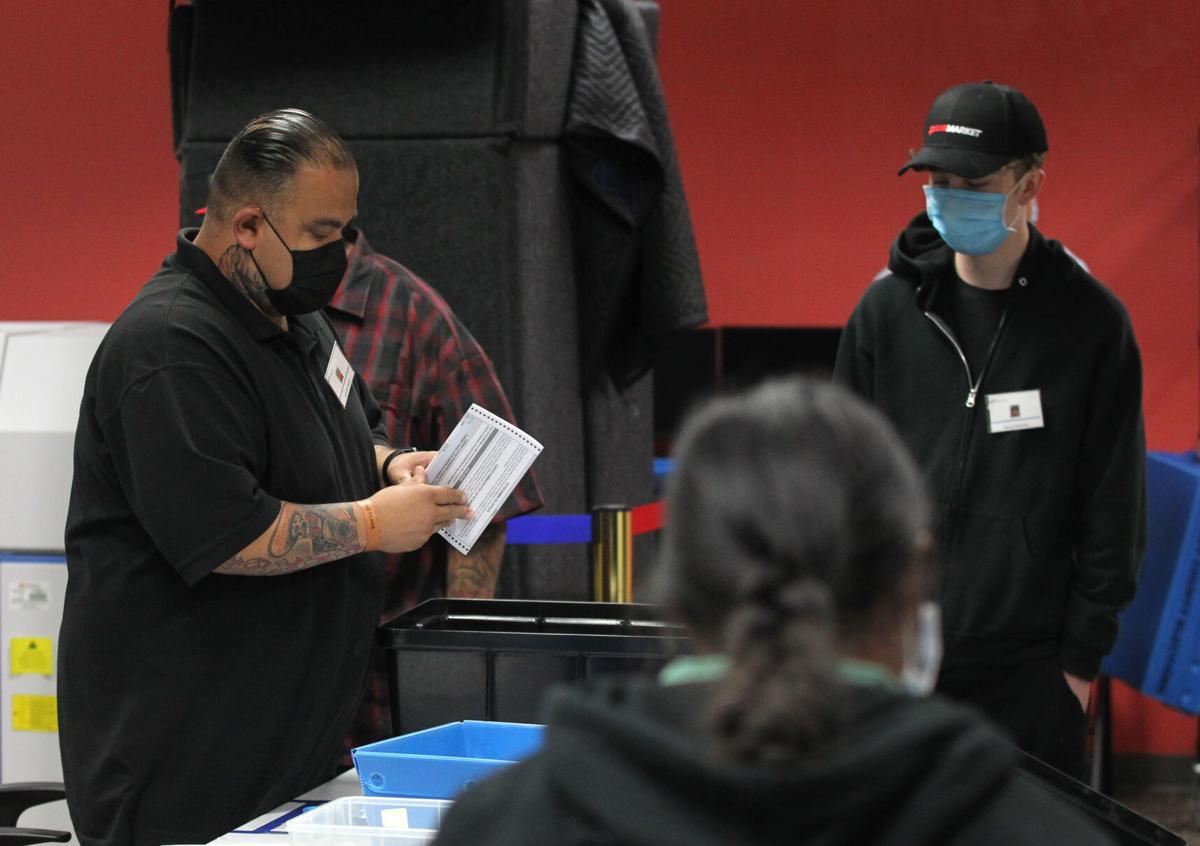 Teams of election workers count ballots and verify each ballot is counted on Tuesday night, even after media outlets call the election results.

Although the election was called soon after the polls closed Tuesday night, a team of dozens at the Monterey County Elections Office stayed late to count election day ballots.

Teams of election workers count ballots and verify each ballot is counted on Tuesday night, even after media outlets call the election results.

It didn’t take long after polls closed on Tuesday, Sept. 14 for the writing to appear on the wall: Gov. Gavin Newsom, earning nearly 70 percent support from the more than 7 million early mail-in ballots cast, would defeat the recall election and finish out his first term as governor through 2022.

As of midnight Wednesday morning, with 65 percent of the vote in, 65.1 percent of voters voted against recalling Newsom. In Monterey County, with all precincts counted as of midnight, the 84,436 ballots cast favored keeping Newsom by 70.9 percent.

Speaking to supporters on Tuesday night, Newsom, 53, said he was grateful that voters rejected the division and what he referred to as the “Trumpism” that has spread across the country.

“‘No’ is not the only thing that was expressed tonight,” said Newsom, who is only the second California governor to face a recall election and the first to defeat one. “I want to focus on what we said yes to as a state. We said yes to science, we said yes to vaccines, we said yes to ending this pandemic, we said yes to people’s right to vote without fear of fake fraud or voter suppression.”

The resounding “no” on the question of whether to recall Newsom made the ballot’s second question—who should replace him? —irrelevant to this election but might offer a teaser of Newsom’s challengers when he seeks reelection next year. Conservative radio host Larry Elder was the favorite in the replacement race, earning 45.7 percent of the vote among the 46 candidates listed on the ballot. YouTuber and financial adviser, Kevin Paffrath, a Democrat, came in second with 10.2 percent. Of 9.1 million ballots counted so far, about 4.1 million left the replacement candidate blank.

Even as major news organizations were already calling the race in Newsom’s favor, dozens of election workers were up late at the Monterey County Elections Office in Salinas to count Election Day ballots. At the back of the building, in a scene that looks like a warehouse unloading, a parade of cars dropped off black plastic bins of ballots that were then examined and checked off by a team before they transferred the precious goods into the elections office to be verified and counted.

Inside the elections office, ballots from across the county change hands several times on their way to being counted. There is a team that tallies and checks the hard number of ballots, a team that scans the ballots into a machine and a standby team that works to verify any votes the computer has difficulty deciphering.

All of this occurs in a series of rooms with large windows. On the other side of the windows is a holding area for the public to observe the process. At 10pm on election night, the room is filled with a collection of people, all of whom wish to remain anonymous.

Those who stay the longest are a Bay Area lawyer with a notepad representing an undisclosed political party and a handful of people volunteering with the Election Integrity Project California, a nonprofit that claims to be nonpartisan but has been linked to the state’s Tea Party movement. The group said it trained 4,000 observers to police the recall counting process.

Issue September 16, 2021 - A years-long vision to create 20-plus miles of bicycling and walking trails is becoming reality. Unless a handful of opponents block it.