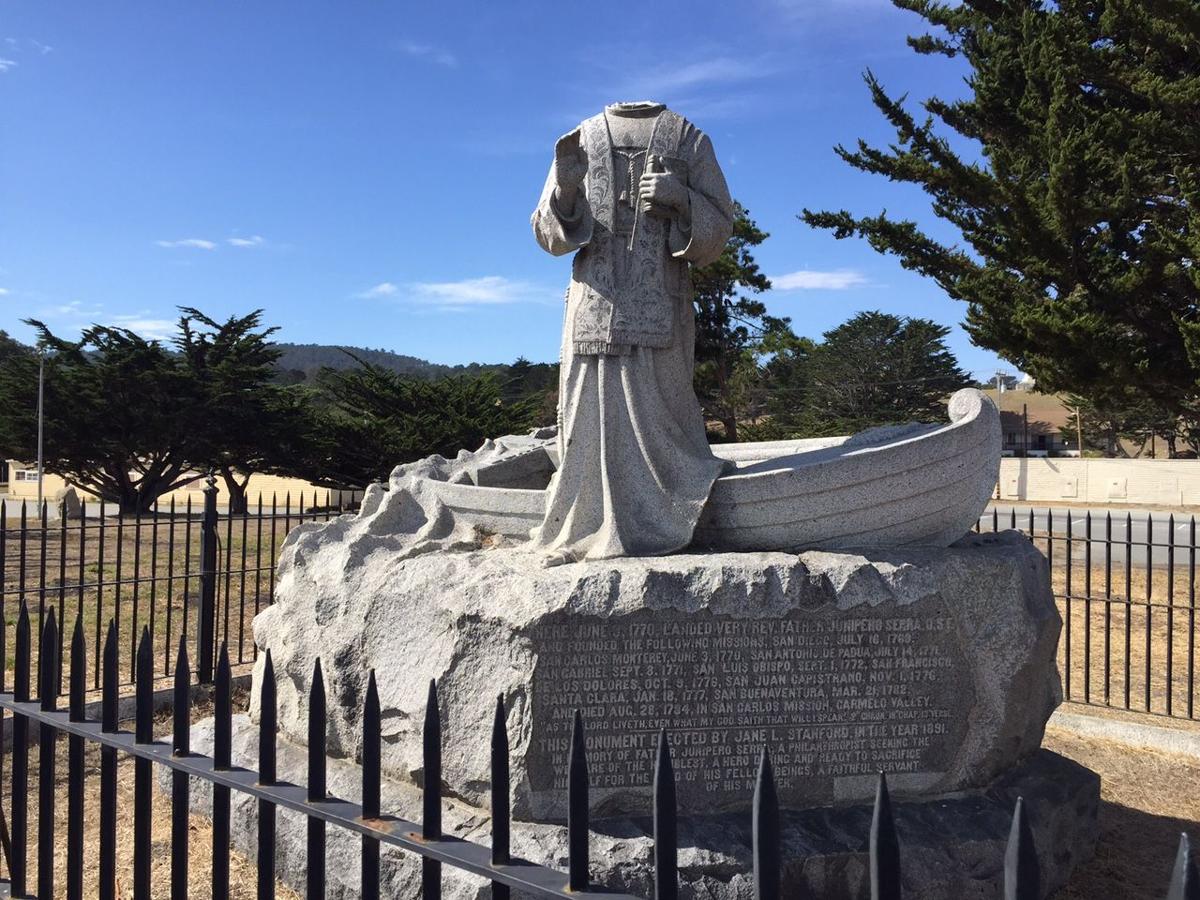 The Presidio's Serra monument, which commemorates his 1770 arrival to Monterey, had stood intact for more than 120 years. 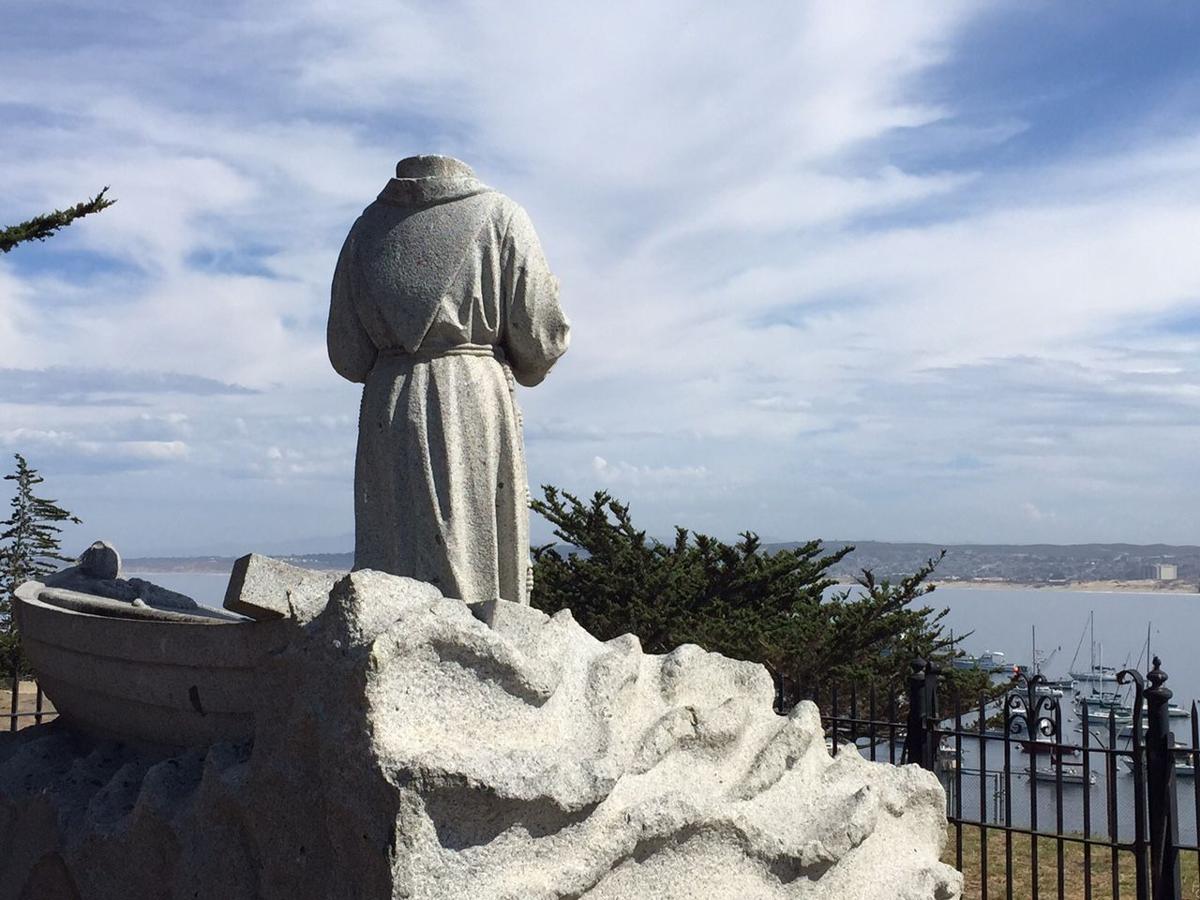 When the Serra statue still had a head, it looked out at Monterey Bay.

The Presidio's Serra monument, which commemorates his 1770 arrival to Monterey, had stood intact for more than 120 years.

When the Serra statue still had a head, it looked out at Monterey Bay.

Just more than two weeks after the Junipero Serra statue at the Carmel Mission was toppled and defaced, the Serra statue at Lower Presidio Park in Monterey has been decapitated.

The vandalism was first seen this morning, but Harry Powell, a volunteer at the adjacent Presidio Museum, says it may have happened anytime since 4pm Monday, as the museum is closed Tuesdays.

But he suspects it's more recent, and that city public works employees would have noticed it yesterday while driving by.

Though there is no paint splashed on the Presidio Serra monument, as there was at the Carmel Mission, the damage appears far more permanent—Serra's head is nowhere to be seen. Monterey historian Dennis Copeland says the entire park was swept for the head, but it has not turned up. He believes the vandalism occurred late last night or early this morning.

Copeland says the head can be replaced, but it will take time and a considerable sum of money.

The monument is the first one created in what is now Lower Presidio Park, and was commissioned in 1889 by Jane Stanford, wife of then Gov. Leland Stanford, who also founded Stanford University.

Made of solid granite, the monument was installed in 1891 on the ruins of the former Spanish fort El Castillo de Monterey. Anne McGrath, Monterey's communications manager, says the location of the statue—in which Serra is looking out at Monterey Bay—was chosen by Leland Stanford. It commemorates Serra's landing on the nearby coast in 1770, when he met Gaspar de Portola and his party, who had come from San Diego by land. In a ceremony that took place shortly thereafter, Monterey was founded.

"It's really unfortunate because Father Serra, aside from being a religious figure, was also the co-founder of Monterey,"  says Copeland, adding that it's one of the most historic sites in all of California. "For whatever reason the person decided they had to attack this, they’re attacking public art and a part of our history."

Serra has been the subject of much controversy recently, as he was sainted by Pope Francis Sept. 23 despite objections by many that Serra—who founded California's mission system—lured native Americans into baptism, after which they were forced into captivity at the missions.

Under Serra's mission system, natives were often whipped and beaten, which he even admitted, and once wrote: "I am willing to admit that in the infliction of [flogging], there may have been inequalities and excesses committed on the part of the some of the priests, and that we are all exposed to err in that regard."

Still, he is deified by many, as evidenced by the inscription on the monument in the Presidio:

"In memory of Father Junipero Serra, a philanthropist seeking the welfare of the humblest, a hero daring and ready to sacrifice himself for the good of his fellow beings, a faithful servant of his master."

Monterey police could not yet be reached for comment.

This story will be updated as more information becomes known.