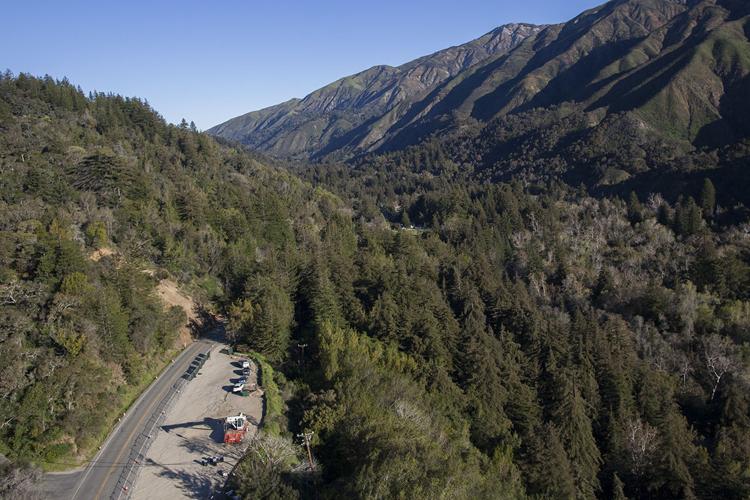 Highway 1 near Pfeiffer Canyon is seen from a helicopter on March 13. 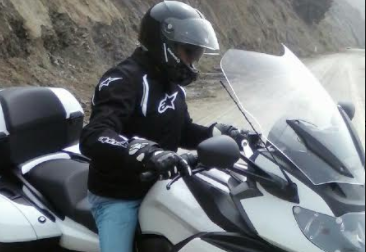 Highway 1 near Pfeiffer Canyon is seen from a helicopter on March 13.

On April 2 at about 11am, a rider on a white BMW motorcycle heading north on Highway 1 approached the Ragged Point checkpoint in southern Big Sur.

A flagger working for Caltrans stepped in front of the motorcycle to block the road, which is under full closure due to multiple slides caused by the winter rains.

According to California Highway Patrol spokesman Oscar Loza, the motorcycle came to a complete stop and the driver was told the road was closed.

Then, Loza writes by text message, "The motorcyclist said he was going to Fort Hunter Liggett and accelerated his motorcycle as the flagger stood in front of him."

The motorcycle struck the flagger as it went by, and the flagger "sustained a dislocated shoulder and lacerations to his legs." The injuries required the flagger to go to the hospital, Loza says.

With no cell service in the area, it took a while for CHP and the Monterey County Sheriff's Office to get the word. As of Wednesday, April 5, the suspect was still at large.

Editor's Note (4/6/17, 330pm): An earlier version of this story incorrectly stated the flagger was a Caltrans employee. The flagger, whose name has not been released, is a contractor working for Caltrans. The Weekly regrets the error.

Why is there no cell phone service in Big Sur? A much traveled road as this needs at least one tower. Try Verizon.com.