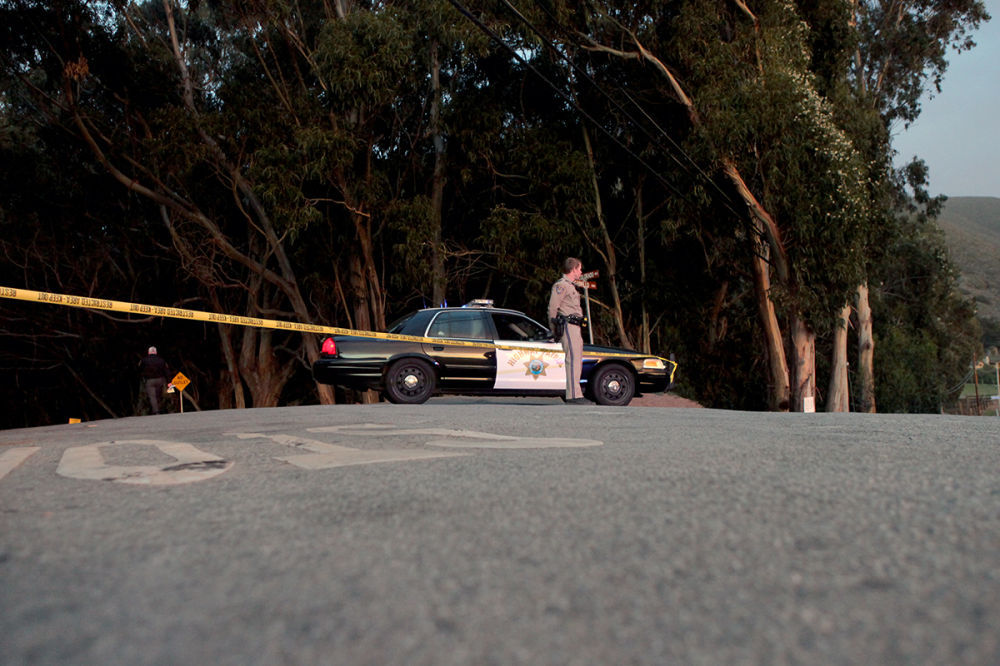 A California Highway Patrol officer stands at the entrance to Palo Colorado Canyon Road around 7:00pm on Thursday evening. 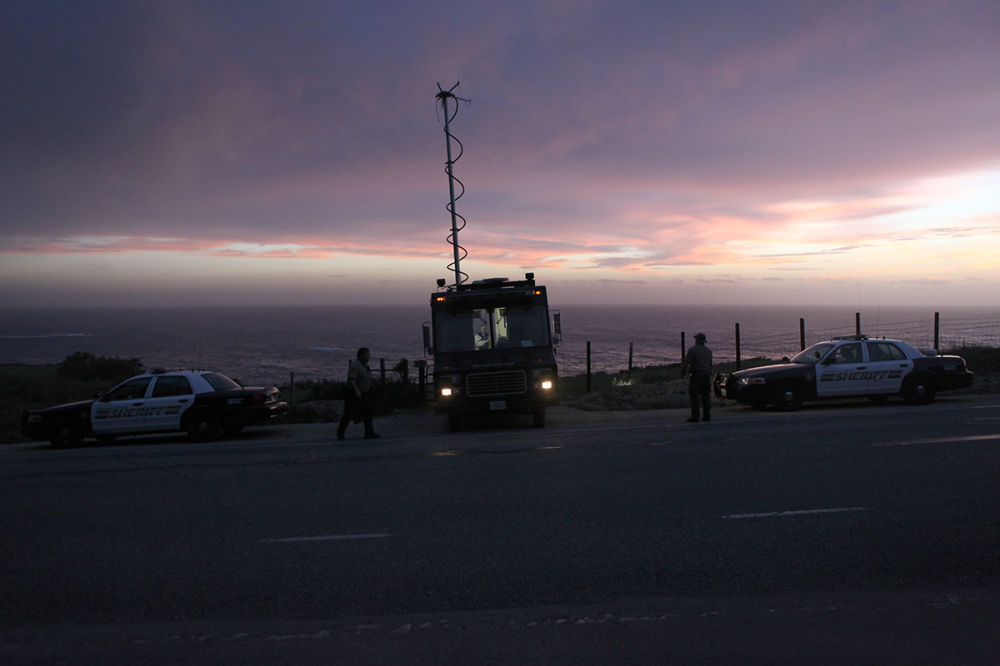 Deputies from the Monterey County Sheriff's Department work from a mobile command set up along Highway 1 across from the entrance to Palo Colorado Canyon Road on Thursday evening.

A California Highway Patrol officer stands at the entrance to Palo Colorado Canyon Road around 7:00pm on Thursday evening.

Deputies from the Monterey County Sheriff's Department work from a mobile command set up along Highway 1 across from the entrance to Palo Colorado Canyon Road on Thursday evening.

A man was shot and killed by a Monterey County Sheriff’s Deputy this afternoon just north of Big Sur.

According to Undersheriff Max Houser, just after 4pm, deputies were looking for a pickup truck that had been spotted just off Highway 1 on Palo Colorado Canyon Road. It had been connected to some recent local felonies, Houser says.

Deputies attempted to stop the truck, which contained a man and a woman, but the driver refused to stop and kept driving. After about half a mile, the driver turned the truck around tried to drive back out toward Highway 1; the truck rammed deputy’s car.

Houser says the series of events leading to the shooting are unclear. The man and the woman, one of whom was armed, tried to run.  At least two deputies shot at the man and woman, killing the man; Houser says he isn't sure if the suspects fired first.

The woman ran from the area, but was arrested shortly after. She is being questioned by investigators from the Monterey County District Attorney’s Office.

The two deputies involved in the shooting were placed on administrative leave.

No officers were hurt in the shooting. California Highway Patrol has blocked off the road at Highway 1 until further notice. As of 8pm, it was still closed.

If this had happened up in Carmel Highlands, would the sheriffs deputies had locked down THAT neighborhood ? Somehow, I don't quite think so ...... But hey, who cares about some "poor" people ( compared to C.H. ) who don't know the "right" phone number to call & complain. And people wonder why the police don't get any respect from the people they're SUPPOSED to serve & protect.

Really? Did the sheriff really have to keep an entire neighborhood on lockdown, keeping people out of their homes until after midnight? What the heck could they have been investigating in the dark? This seems excessive!