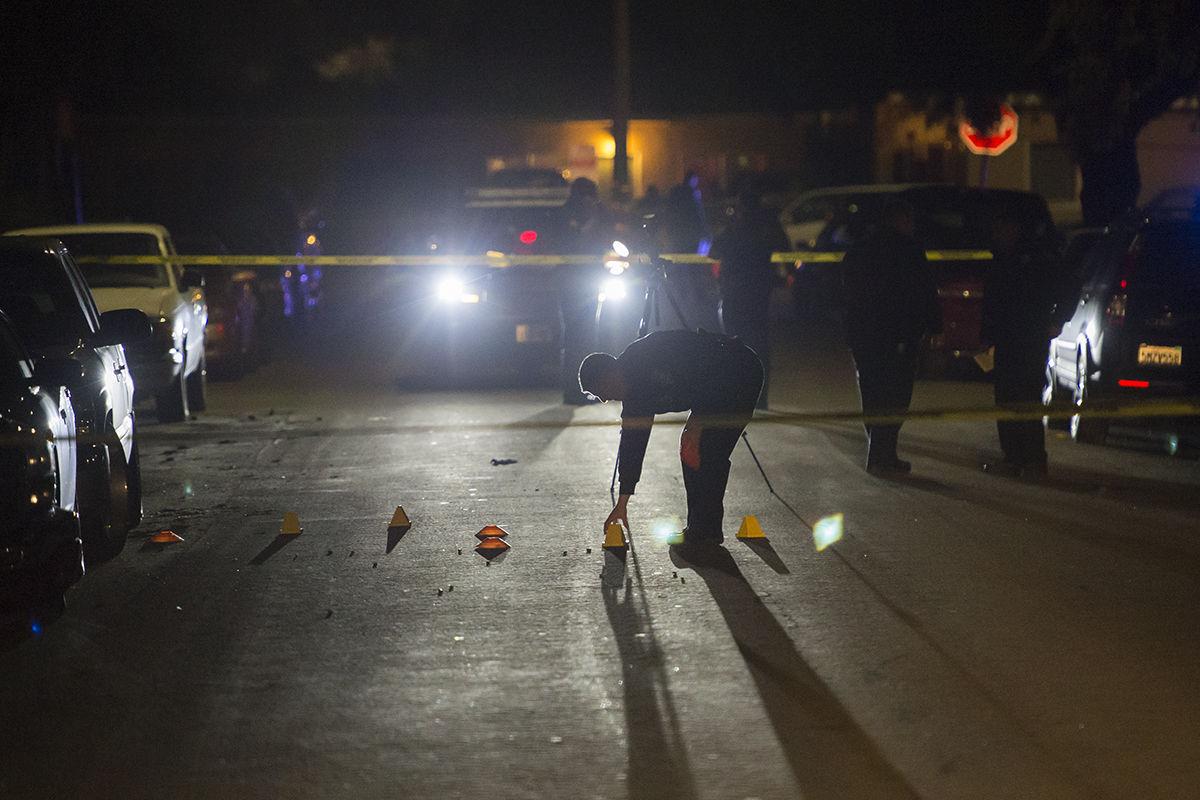 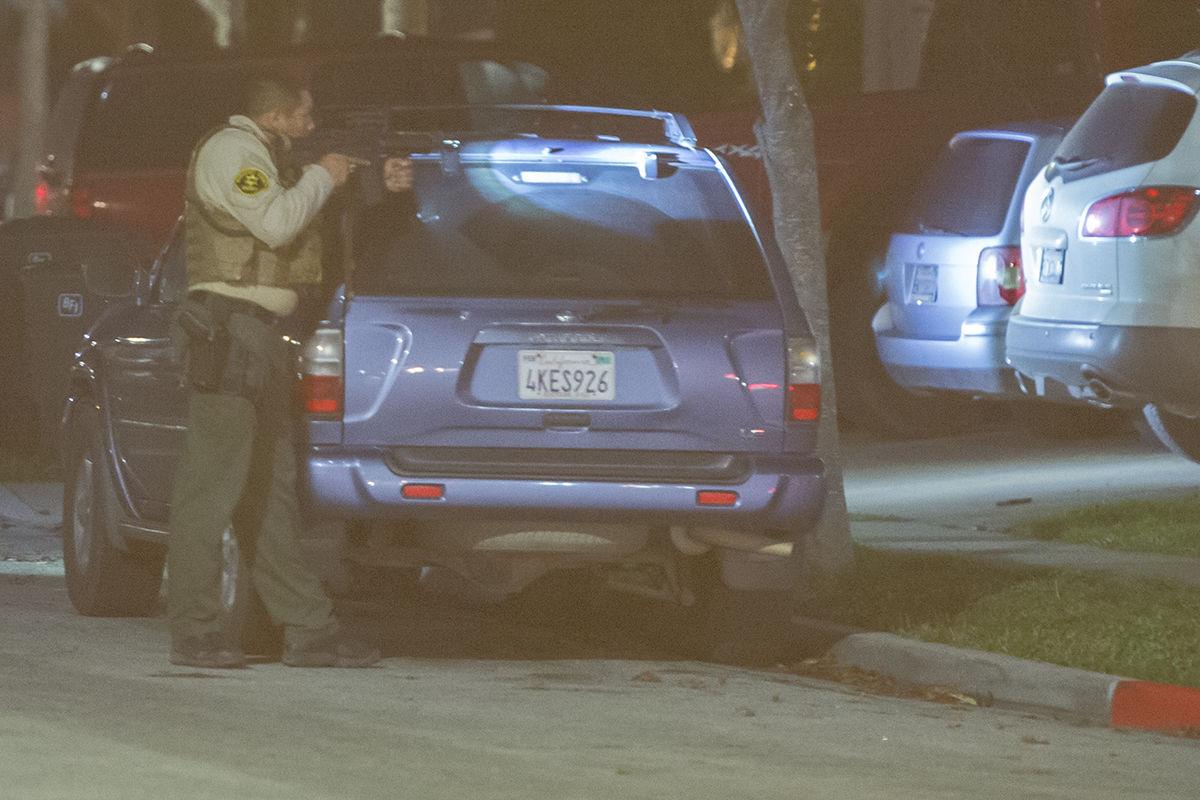 A Monterey County Sheriff's deputy covers the perimeter of a house search in the 18400 block of Northridge Drive in Salinas where one murder suspect was allegedly seen. No one was found.

A Monterey County Sheriff's deputy covers the perimeter of a house search in the 18400 block of Northridge Drive in Salinas where one murder suspect was allegedly seen. No one was found.

Two people are dead and two are injured as the result of a shooting Thursday night.

According to a Salinas Police official, at 9:04pm, Salinas police responded to reports of shots fired on Sunrise Street, between Garner and Del Monte avenues in East Salinas. They arrived to the scene of the quadruple shooting where two men died. Crying family members of the victims gathered just outside the crime scene tape.

The two surviving victims were transported to a hospital for treatment; no information about their condition is available as of Thursday night.

Police, with the assistance of a California Highway Patrol helicopter and Monterey County Sheriff's deputies, searched for a suspect in a home on Northridge Way, about five miles from the scene of the shooting. As of about 11pm Thursday, no suspects had been located.

As of midnight, the Salinas police SWAT team was searching for a suspect near Boronda Manor apartment complex.

These killings mark the third and fourth homicides of 2017 for Salinas.

Issue April 29, 2021 - Medical providers see a lot of promise in how telemedicine works. What will it take to keep it around after the pandemic?