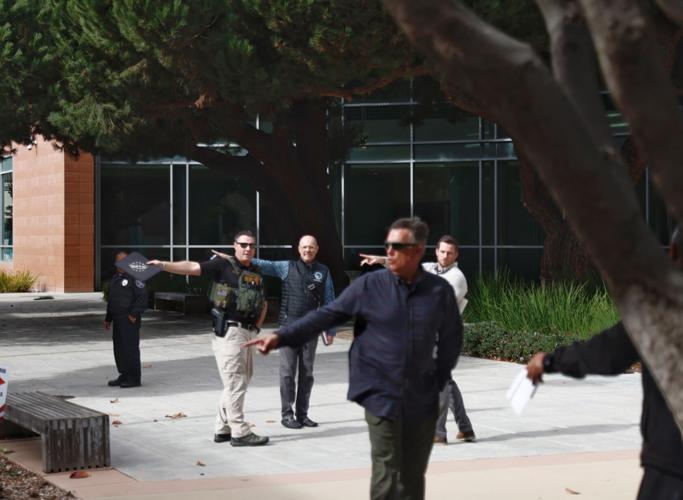 Officials point to a perimeter around Monterey County's administrative building during an evacuation on Tuesday, Nov. 1, and instruct people to walk around the exterior of the building. 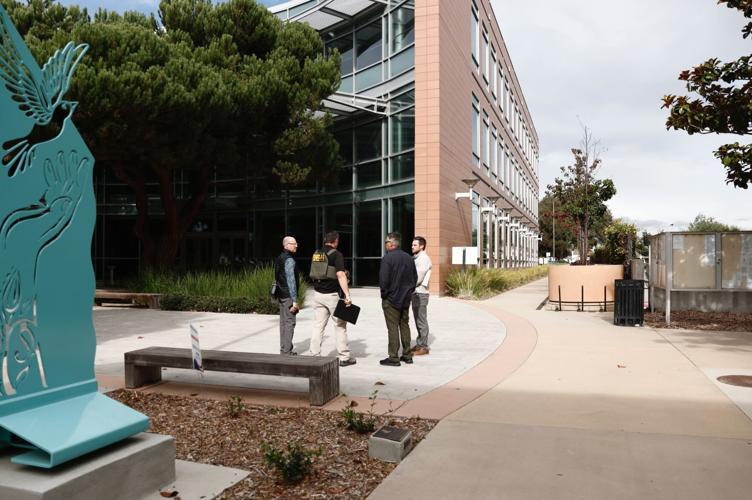 Officials point to a perimeter around Monterey County's administrative building during an evacuation on Tuesday, Nov. 1, and instruct people to walk around the exterior of the building.

A team from the Monterey County Sheriff's Office is searching the county administrative building at 168 W. Alisal Street in Salinas after a possible bomb threat Tuesday morning, Nov. 1.

At about 10:20am, the Sheriff's Office received information, via a 911 call, of a possible bomb threat to the building, Acting Undersheriff John Thornburg says. "Based on that, we evacuated the building and had the bomb squad respond and check the building out of an abundance of caution."

Many county staff who were working were advised to go to lunch and check back for more information after 1pm today.

By that time, the bomb squad had cleared the building as safe to reenter, and as of 1:40pm, county spokesperson Maia Carroll reports all workers and members of the public have been allowed to reenter.

"We located nothing suspicious," Thornburg says of the search.

The Monterey County Board of Supervisors generally meets on Tuesdays, but there is no board meeting scheduled for today.