You are the owner of this article.
Edit Article Add New Article
Home
News
Opinion
Entertainment
People
Ads
Best
About 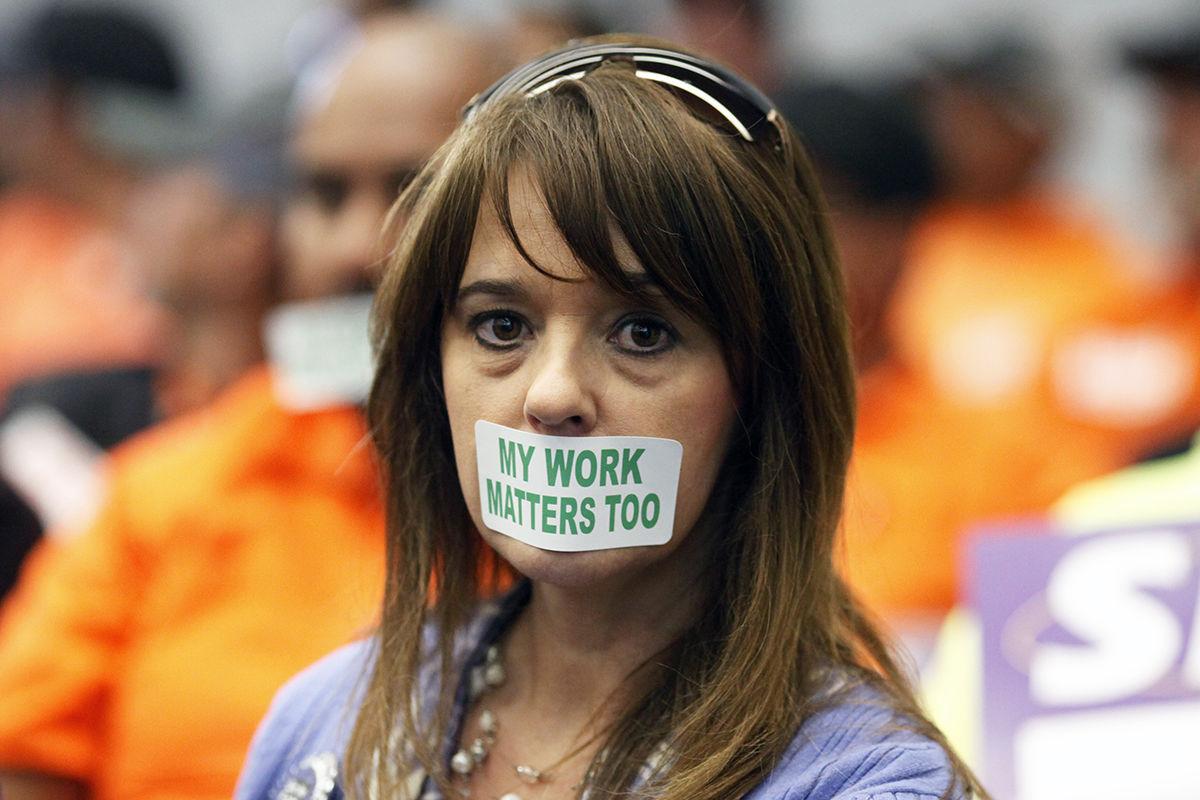 A union supporter demonstrates in favor of a new labor contract with the city of Salinas during Tuesday's city council meeting. 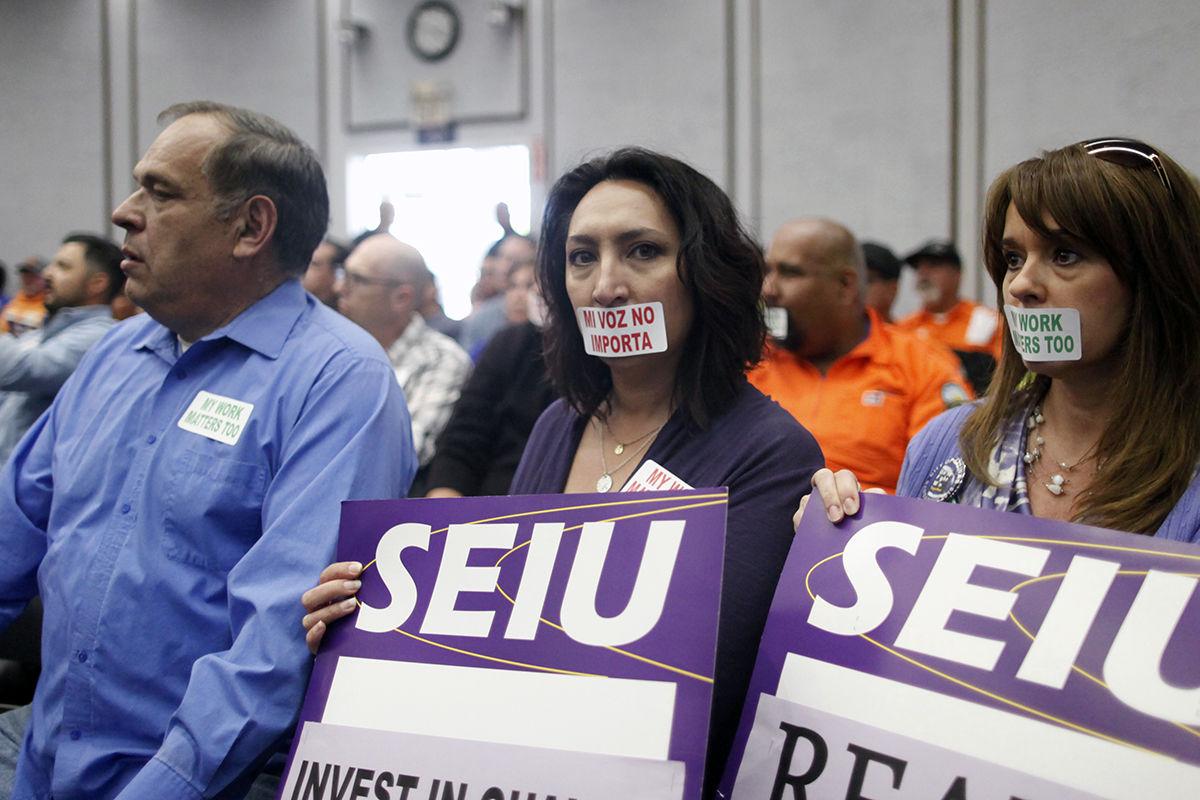 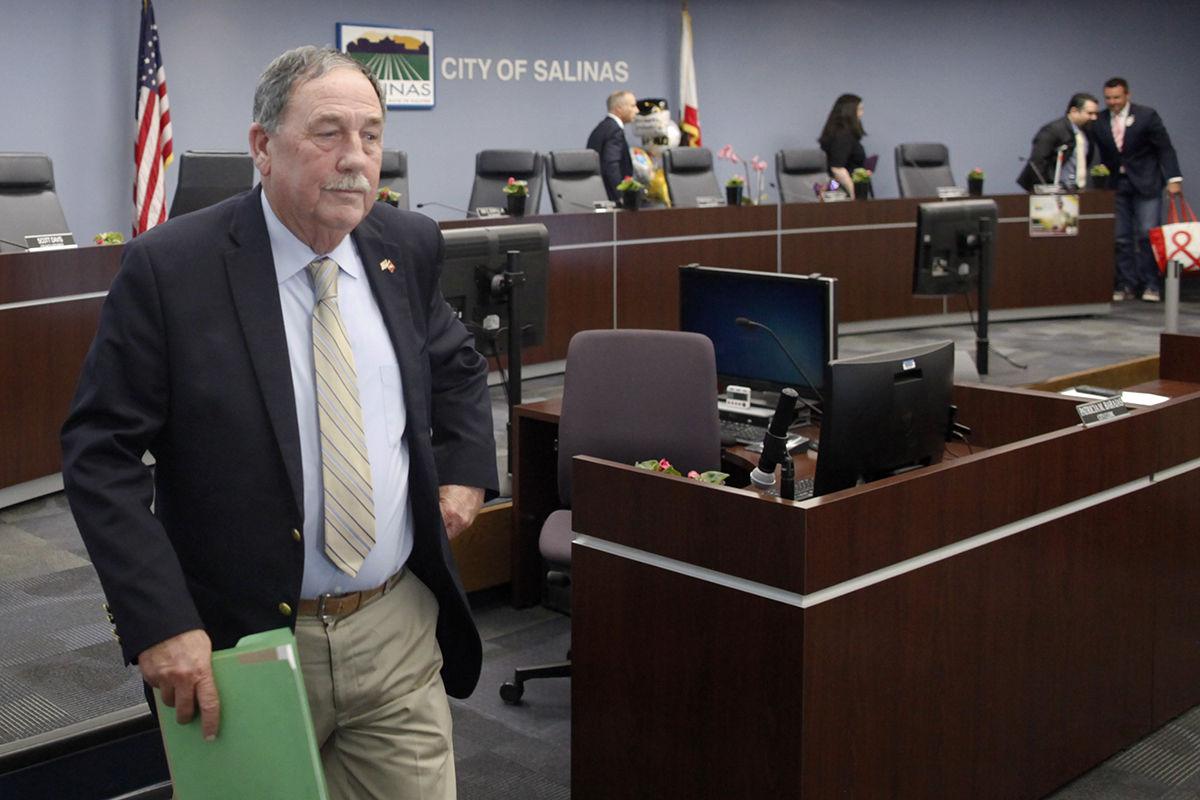 Salinas Mayor Joe Gunter walks out of the city council after demonstrators stopped the meeting with their protests. 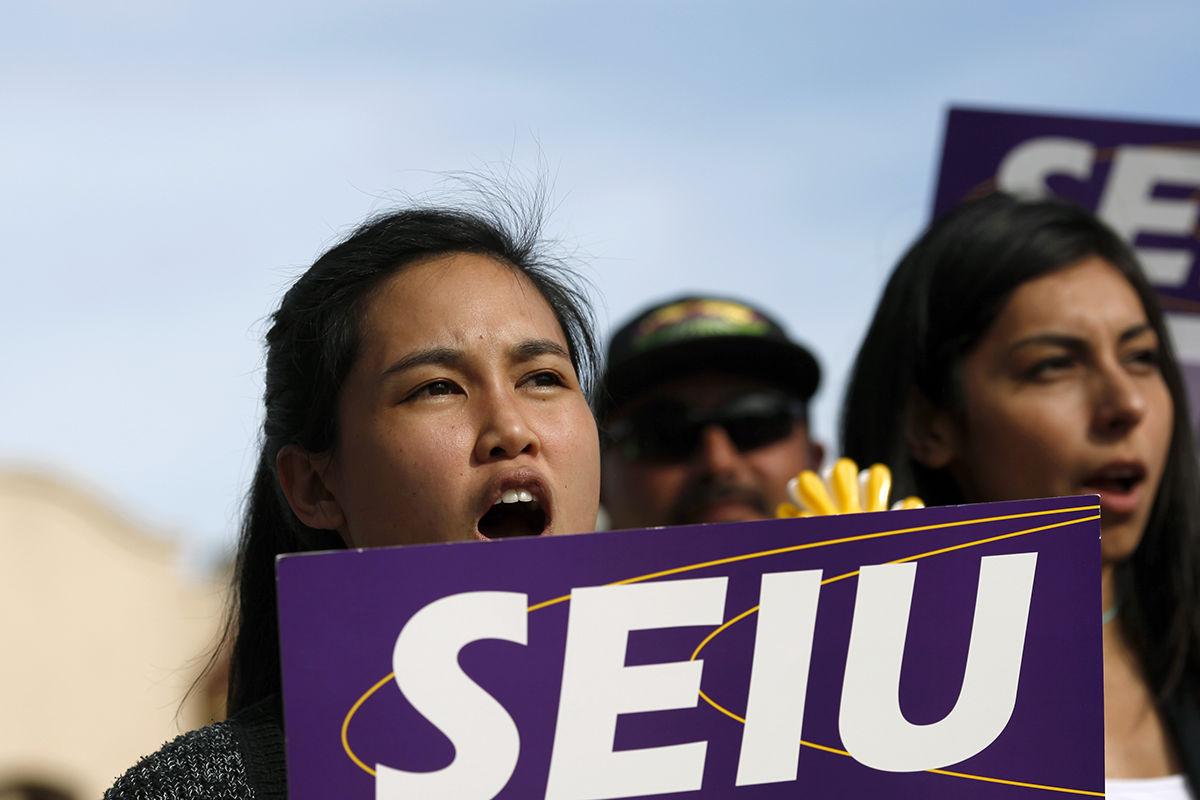 A SEIU supporter protests outside of the meeting. 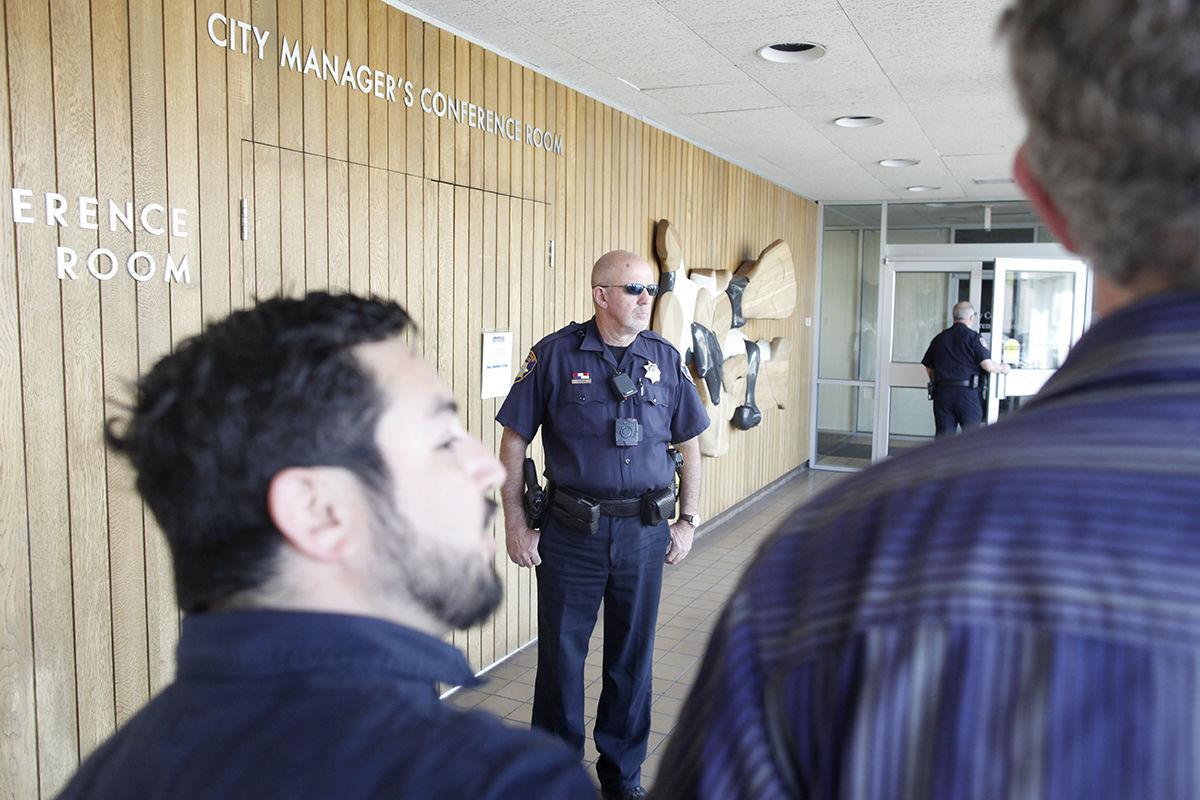 A Salinas police officer stands in front of five protestors inside of Salinas city hall.

A union supporter demonstrates in favor of a new labor contract with the city of Salinas during Tuesday's city council meeting.

Salinas Mayor Joe Gunter walks out of the city council after demonstrators stopped the meeting with their protests.

A SEIU supporter protests outside of the meeting.

A Salinas police officer stands in front of five protestors inside of Salinas city hall.

Late Tuesday afternoon, after the Salinas City Council went into closed session to discuss labor negotiations with city employees, several leaders of SEIU 521 linked arms and stood within about 10 feet outside the closed conference room doors inside of City Hall. They chanted loudly, with a few Salinas police officers standing between them and the meeting room.

In the courtyard just outside, about 100 workers chanted, "Put our community first!" and other refrains, while banging drums and using clacking noisemakers.

At one point a police officer asked the leaders to leave the building, and leaders respectfully declined.

At that moment, police were about to arrest the leaders for disrupting the closed session, Police Chief Adele Fresé says. But City Council members instead chose to leave the room via a rear door, because they couldn't hear each other talk, Fresé says. They moved the meeting to another room in the building.

That meant the arrest was off because there was no longer a disruption to the council meeting. That change of plans was to Fresé's relief, who says it wasn't something police wanted to do.

"It's OK we weren't arrested. We sent a very clear message," she says.

That message: City workers represented by SEIU are tired after eight years of going without a new contract and no negotiations until last October, when union leaders and an outside legal firm hired by the city sat down in advance of the existing contract's expiration date of Dec. 31, 2016.

Since that date, employees have been without a contract.

Narvaez says employees were willing to go without raises after the recession hit in 2008, but now, years later, it's time to reward them with higher pay and other measures.

Union leaders estimate that a typical SEIU worker lost nearly a full year's pay as a result of furloughs and delayed wage increases.

Union leaders encouraged employees at the demonstration to vote in favor of a strike by a voting deadline of 2pm Wednesday. Also on the ballot: a vote of no confidence for City Manager Ray Corpuz.

There was no announcement from the City Council  out of their closed-session meeting when the open session resumed.

Other union demands include expanding bilingual certifications to frontline employees who interact with the public on a daily basis, but are not compensated for their language skills, as well as safety training and evacuation procedures for library employees, who SEIU members say are facing increased public safety concerns.

Issue April 2, 2020 - Stories of how the pandemic is changing life in Monterey County, and the people who are still working.