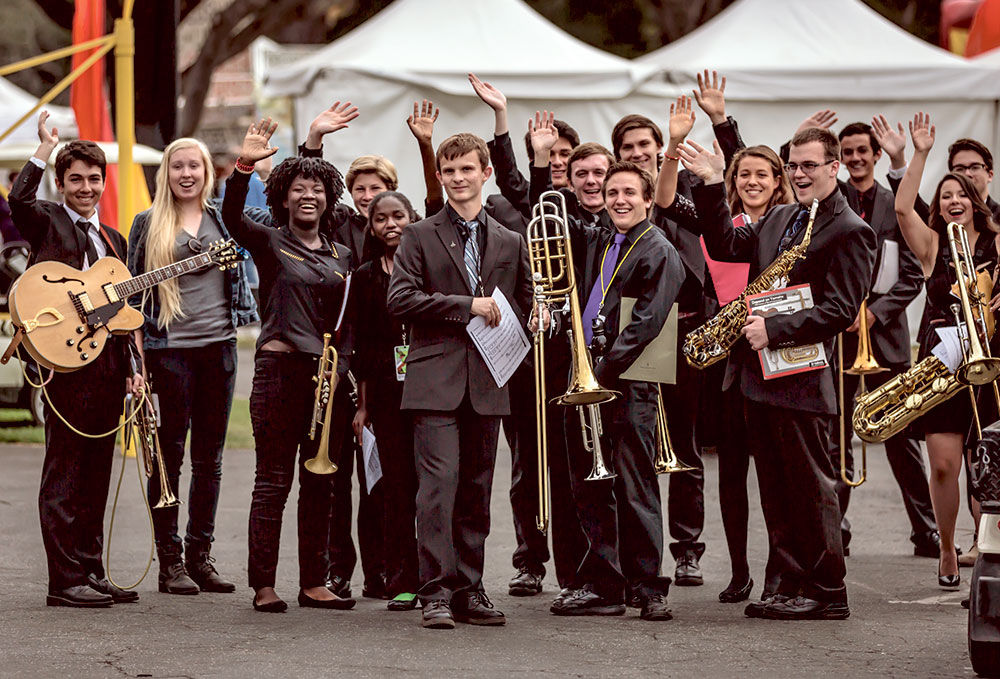 The Monterey Jazz Festival All-Star Band, playing the Palenke Festival, may be comprised of high schoolers, but their skill and sound are fully grown. 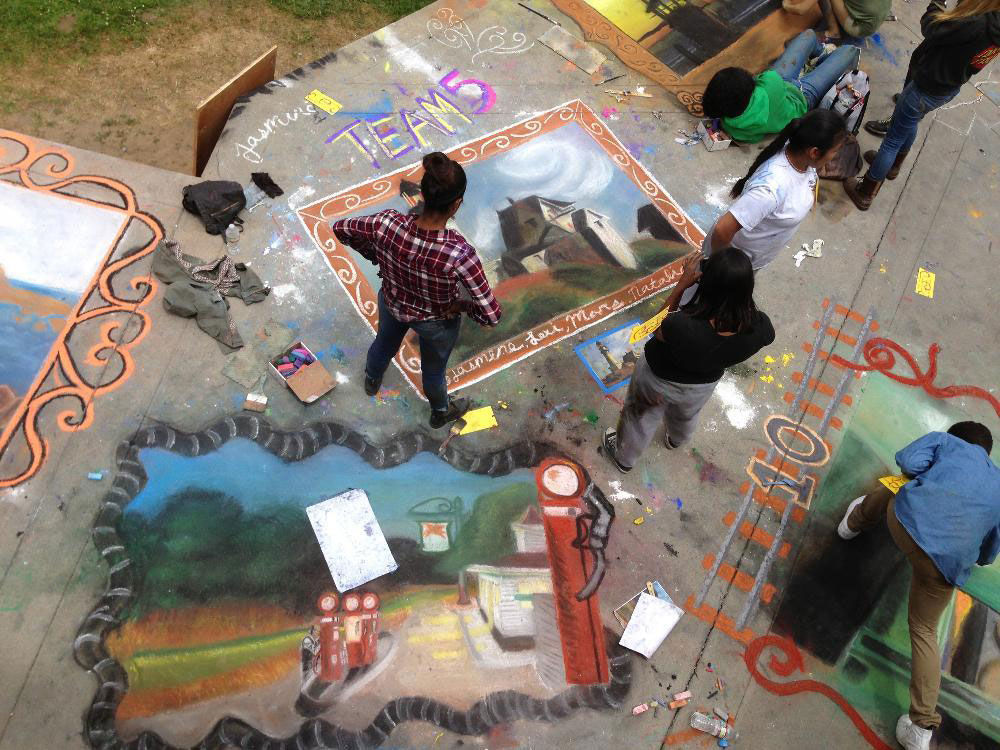 Carmel, Carmel Valley, Salinas, Monterey and Pacific Grove may capture most of the attention when it comes to arts and performance, but over the next few days, Seaside pops off with bunches of art shows, cultural performances and creative showcases. Here, in chronological order, is the rundown.

Each year, all of CSU Monterey Bay’s graduating students – from all the different schools, department and programs – set loose on creative projects that showcase what they’ve learned over the course of their previous four years. It’s called the CSUMB Capstone Festival (9am-9pm Thursday, 8:15am-noon Friday; www.csumb.edu/capstone), and it’s stuffed with engaging and accessible projects, prepared and seasoned for public consumption. The most artistic of the lot include Cinematic Arts & Technology showing student short films followed by filmmaker receptions (1-3pm and 6-9pm Thu), the Music & Performing Arts department putting on live music (10am-noon Fri), and Visual and Public Art students exploring, through art, the “organic label,” social media and sexuality, and other interesting juxtapositions (9:30am-noon Fri).

Other departments weighing in include Liberal Studies, Masters of Social Work, Psychology, even business students, who have chosen interesting subjects for their capstones including Monterey Bay Aquarium and Youth on Course. Walking around the idyllic, hodgepodge campus is its own reward, and on these two days, that goes double.

Elsewhere, Seaside students are puttin’ it down, literally, on the ground, for the 10th Annual Chalk Art Contest at Seaside High School (8:30am-1pm Friday, 645-1200). This is the annual “capstone” of the advanced art students at Seaside High School. Art instructor Steve Russell explains the concept in a YouTube video from last year’s chalk art happening: “They take existing masterworks by master artists and blow them up on concrete using high-quality chalk.”

The students, in 12 teams of about six students each, collaborate to re-create iconic works by a different artist each year; this year it’s Vincent van Gogh.

It’s a colorful and collaborative process that happens in the middle of the campus quad, a patchwork of art unfurling under the influence of music.

Years ago, Seaside artists were feeling a little overshadowed by the Carmel, Pacific Grove and Monterey contingents in the Monterey County Artist Studios Tour, so they formed their own artist tour. It used to be referred to as an open studios tour, but it includes other venues, so it’s broader than before in the 10th Annual Seaside Artists’ Tour (10am-5pm Saturday, 402-2274).

Seaside Artists Association Chair Sandra Gray has enlisted eight artists – including painter Patricia Ware and photographer Jim Lambert – to open their home studios to the public all day, to answer questions and show their creative spaces. Artist Edward M. Corpus says he’s made dark, satirical and transcendent outsider art – addressing violence, aggression and sexism – most of his 62 years of adult life, but has rarely shown it. He opened his home to this tour last year.

“It was thrilling,” he says. “People came to my studio and asked me how I made my art, how an artist thinks. These are regular, everyday people.”

If you want to make a day of urban hiking, with art and restaurants all along your path, pick up a map at one of the participating locations, put on some shoes that are made for walkin’, and that’s just what you should do.

Palenke Arts is a brand new arts organization and the Palenke Festival at Laguna Grande Park (2-5pm Saturday, 333-6612) is their first public event, so here is a little background. It’s the brainchild of Juan L. Sanchez, CSUMB adjunct professor and Arts Council for Monterey County artist, buoyed by a whole team of other creative individuals. They started the group to bolster the performing arts and artists in Seaside, and they hope to find a home base there soon.

For their coming out party, they’ve lined up a mini-festival of musical ensembles and bands, and arts organizations manning tables. The Seaside Middle School Jazz Band opens the festivities.

“They play really tight and have a great sound,” Sanchez says.

Next up is the Monterey Jazz Festival All-Star Band, assembled by Paul Contos of the best local jazz kids. Then headliners Mariachi Nueva Generacion, an award-winning, competition-level, 16-piece mariachi band from Texas State University, which Sanchez considers a real coup to have landed. They’re followed by a dance lesson and music throw-down by Salsa del Rio, also from Texas State, who were named “Best Salsa/Merengue Group of the Year” by the Latin Music Awards.

Festival organizers encourage people to picnic on the lawn or partake of Kuki’s Bowl food truck, which will be dishing out good eats. Which is a good metaphor for what’s happening in Seaside these next few days: a moveable feast.