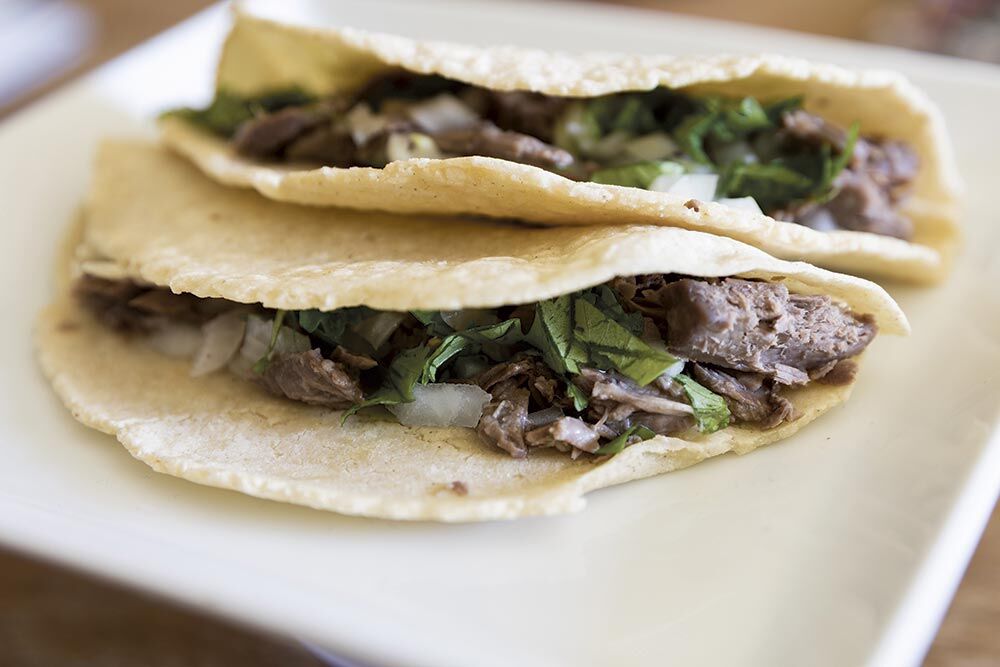 Barbacoa is a versatile dish people can prepare as a soup, main course, or in tacos. 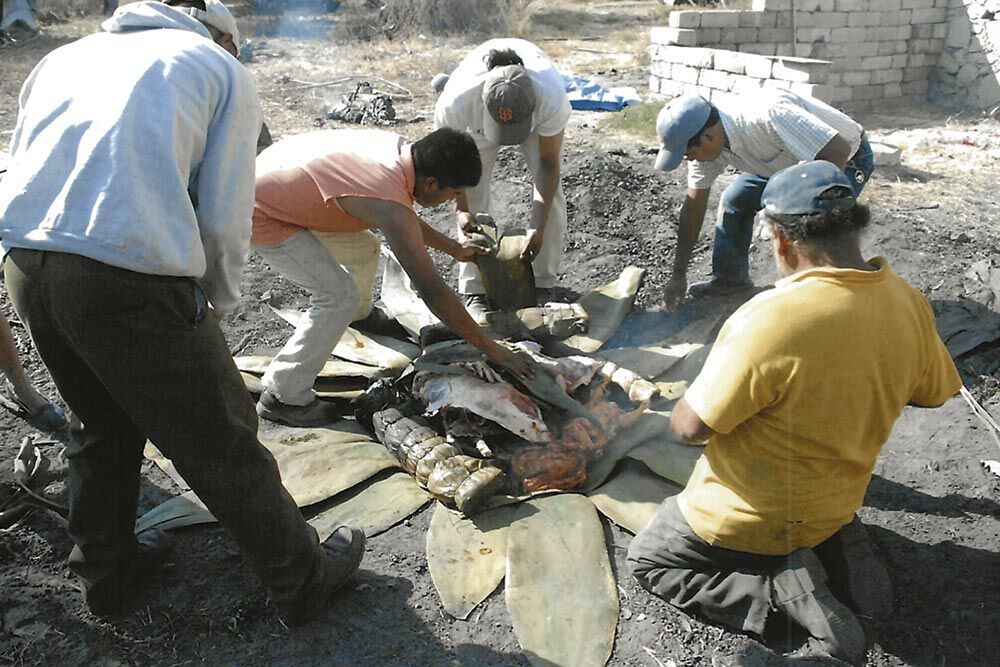 Cooking the meat underground is the traditional way to make barbacoa in Hidalgo.

JULIA TORRES, A RETIRED FARMWORKER WHO LIVES IN WATSONVILLE, HAS ALWAYS MADE DIFFERENT DISHES FOR HER FAMILY – mixotes, pit-barbecued meat, mole or barbacoa. She’s been the head chef at her daughter Sandy Wright’s milestone celebrations, such as her quinceañera and her wedding. Wright’s mom is the one who knew by heart how to prepare the barbacoa.

In many parts of central Mexico, barbacoa is made in an underground hole or oven. In her hometown, Torres says, it is a ritual for important events such as holidays, weddings, quinceañeras and baptisms. People work together to prepare the food and event, from gathering ingredients and utensils to the cooking. “We are all united,” Torres explains. “I’m going to make the salsas, you’re going to make the tortillas.”

It’s all very hands-on: selecting the lamb they will sacrifice, walking to the hill to bring back stones and firewood, chopping the vegetables and putting all the ingredients together in a large rounded metal tub, covering the pit with a lid and dirt and the hard part – waiting until the next day to enjoy the feast. (That’s generally one or two hours before mass.)

Torres remembers gathering when she was little for barbacoa preparation, when women chopped and prepared the veggies and sauces while the men slaughtered the lamb and got the pit ready.

It’s a custom in Mexico that she sees replicated in the U.S. (Torres now lives in Watsonville and Wright in Marina.)

She got invited once to a party in Castroville and the barbacoa was delicious – and made the traditional way. “Even though we are in the United States we can still carry out those traditions,” Torres says.

It’s beautiful to see people continue with their ancestors’ traditions, Torres says, noting that even the underground cooking can be accessible. “People who are homeowners, they can build a little oven in their backyards,” she says.

But not everyone can build a pit where they live, and preparing the barbacoa the traditional way can be arduous, nowadays people also prepare barbacoa inside their homes using a steamer pot (the type that’s normally used to make tamales).

Some ingredients can be hard to find locally, but are worth it. “The maguey leaf releases its flavor to the barbacoa,” Torres says. She has maguey plants where she lives so she can have them on hand whenever she needs them.

The following recipe has been downsized from a serving size of roughly 50, using a whole lamb – hopefully we got the math right.

To make: Remove the thorns and thin the bottom part of the maguey leaves. Grill and char them on the stove, similar to making chiles rellenos. Clean the leaves with a damp cloth and remove the peel that raises up. Reserve (this will make the leaves malleable).

Place the water over medium heat in the first layer of a layered steamer pot or tamale pot. Once it’s boiling, add all the ingredients for the consommé: Rice, garbanzo beans, carrots, potatoes, Knorr Suiza (bouillon), garlic, onion and oregano and some salt.

Add the steamer basket to the second layer of the steamer. Position the maguey leaves inside the pot, covering its walls. Make sure the steamer isn’t obstructed (bottom). Salt the meat and put in the steamer (make sure the water isn’t touching the meat). Cover it with the leaves. Put the lid on and cook for two hours at medium heat, or until the meat is tender. The meat will steam and its juices will be added to the consommé.

Once the lamb is cooked through, remove from the pot. Taste the consommé and make sure it has enough water and enough salt; adjust as needed.

Chop the meat to make tacos and serve with consommé and a side of rice, beans or a Mexican elbow soup (cold soup made with elbow pasta, mayo, salt, pepper and chopped veggies or ham). Serves about 8 to 10.