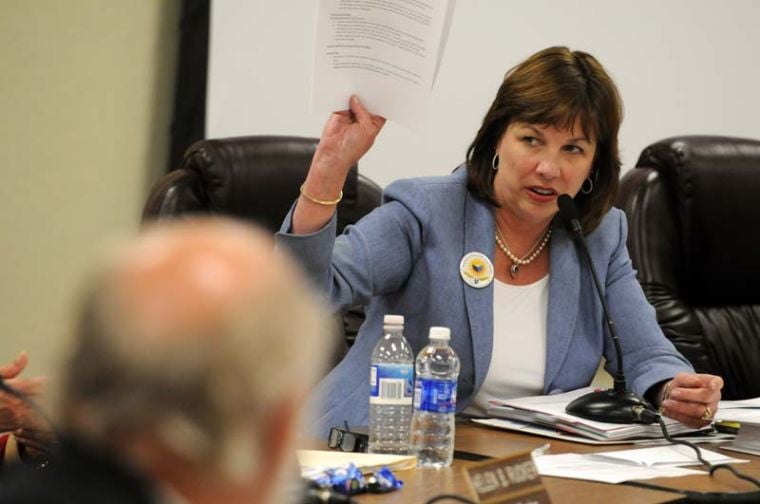 Shepherding the Flock: MPUSD Superintendent Marilyn Shepherd and other top administrators are under fire for accepting a 2.5 percent raise—a move the board says was mandated by an increase in the number of days they worked. 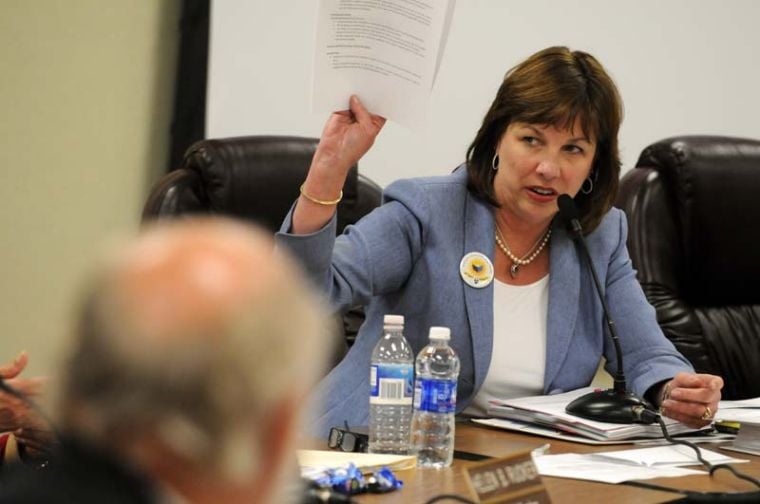 Marilyn Shepherd fell after stepping off a curb into a pothole on the 100 block of Webster Street, which her complaint states was 28 inches long and 10 inches wide.

Shepherding the Flock: MPUSD Superintendent Marilyn Shepherd and other top administrators are under fire for accepting a 2.5 percent raise—a move the board says was mandated by an increase in the number of days they worked.

Marilyn Shepherd fell after stepping off a curb into a pothole on the 100 block of Webster Street, which her complaint states was 28 inches long and 10 inches wide.

Nancy Selfridge remembers when the Monterey Peninsula Unified School District was a model of exemplary education. But now those rosier times feel like ancient history.

“Our community is losing young people,” says Selfridge, a Monterey City Councilwoman and retired MPUSD teacher. She knows families who’ve moved out of the district because it lacks appealing educational options. “New people will not come to the district because [district leadership] has increased class size and worn down the teachers,” she says.

Forty Monterey High School staffers expressed similar sentiments. In a letter sent to media April 24, they blasted the board for approving a 2.5 percent annual salary increase for MPUSD Superintendent Dr. Marilyn Shepherd and her staff, while “teachers, counselors and support staff have had to deal with increased class sizes… and no change in our salary schedule for the last four years.”

A week earlier, the Monterey teachers’ union sent its own letter stating, “At a time when all employees are expected to take on more work with less state funding… we are concerned that this action… would be sending precisely the wrong message at precisely the wrong time.”

The justification for the pay hike given by Board President Diane Creasey is that as of last year, cabinet-level administrators began working 230 days instead of their previously contracted 222. “The current contract requires payment for these additional days at the end of each fiscal year,” Creasey said in a letter to district staffers. This change comes at no extra cost to the district, she adds.

But MHS staff say this doesn’t hold water, given the massive number of teacher layoffs in the district – 225 since 2008, according to teachers union president Dennis Wright – and the concurrent increases in school staffers’ health care premiums.

“The phrase ‘shared sacrifice’ is becoming a joke,” says Aristotle Constant, an English teacher at MHS. While Creasey boasts the district did not issue any furloughs or layoffs in March, Crumpton Elementary School teacher Laurie Parker says past layoffs have left educators with more responsibilities and no break time during the day.

“Teachers are dying,” says Parker, who’s taught for over 30 years and is retiring in June.

Board member Regina Lauderbach, a longtime MPUSD teacher, tells the Weekly that voting for the salary increase was the hardest decision she’s made on the board in 10 years.

“To vote no would have meant that we would have lost our superintendent, and it would have cost the district to find another one,” Lauderbach says.

While Crockett told the Weekly that his departure was “for family reasons” (Duncan did not respond to the Weekly’s requests for comment), social media and around-town scuttlebutt suggest that there’s more to the story.

On Crockett’s blog, “Educational Neurosis,” his most recent entry, “Threats,” reads: “It’s seem [sic] recently it’s been open season on school administrator [sic]. Where is this coming from? Does one every [sic] think to themselves, WOW I might get shot over this. Doubt it.” Vanderhorst’s Twitter feed, meanwhile, contains some telling tweets. April 9: “End of my rope. Tying a noose.” April 23: “When standing at a crossroads, how do we decide between the path of truth vs. security? Is it possible to make a U-turn?”

Vanderhorst, a 20-year veteran of the MPUSD, confirmed the Twitter feed belonged to her.

“It was my choice to resign,” Vanderhorst says. “I’m pursuing opportunities to advance my career and I left with glowing recommendations.”

In a written statement, Creasey said, “A 2.5 percent step schedule with six steps is a nominal cost to the district for the work [Shepherd] and her staff have done to turn this district around.”

Meanwhile, numerous anonymous sources tell the Weekly that district employees live in fear of retribution from Shepherd, and recent resignations and teacher transfers have less to do with poor employee or student performance than with the superintendent’s desire to quash dissent in MPUSD’s ranks.

Shepherd has been at the helm of MPUSD since 2007, and in that time, students’ scores on state standardized tests have risen. Unfortunately, district teachers, who credit their own hard work with increased student achievement, are giving her a failing grade.

Issue September 16, 2021 - A years-long vision to create 20-plus miles of bicycling and walking trails is becoming reality. Unless a handful of opponents block it.