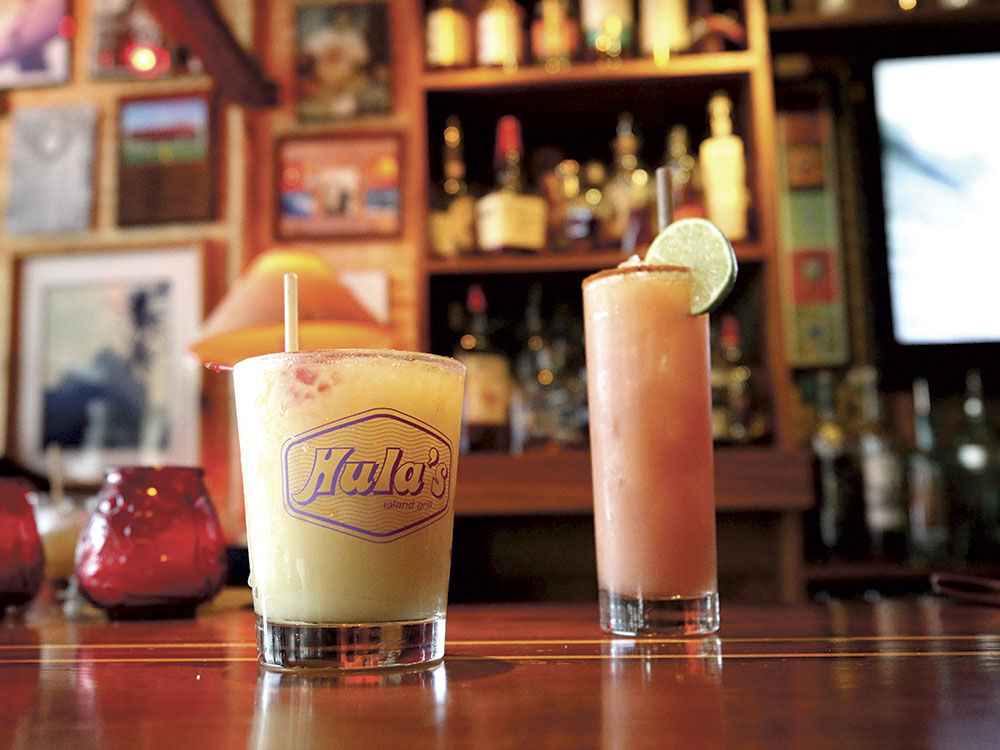 Hula’s Pain Killer and You Guava be Kidding me cocktails.

Hula’s Pain Killer and You Guava be Kidding me cocktails.

There is a bustling tropical break from the gloomy summer. The oasis we are talking about is Hula’s Island Grill, with 23 years in the game. The venue has successfully survived surges of Covid-19, partly thanks to a push with to-go drinks, delivered in soup containers. Now they're back to being very busy.

“Oh my gosh, yes,” says Hula’s general manager Madeline Malmo, when asked if they are back to being busy on a recent Thursday night between waves of seatings. Hula’s is celebrating the comeback with summer delights like You Guava Be Kidding Me, made with fresh guava pulp and mezcal, or the more classic (but not less refreshing) Painkiller, with aged rum, cream of coconut, pineapple and orange juice.

Early in the pandemic, the California Department of Alcoholic Beverage Control changed the rules to allow to-go drinks to help bars survive. And Hula’s went for it.

They started with four cocktails at first – served in 16-ounce and 32-ounce sizes, charging $16 for what is an equivalent of two drinks, and $32 for four. No ice, so it’s not watered down. (Ice can be served on the side.)

“The amount of alcohol we sold was incredible,” Malmo says. “We started to sell six-packs of beers, bottles of wine to-go. That was really cool. Every day was a different thing. A million mai tais, the next day lilikoi margaritas, the next day a million zombies.” Hula’s will continue with to-go drinks as long as ABC allows it: “Because why not?”

Flywheel Wines in Castroville separates itself within the local Pinot-heavy scene.

NitroCycle831 brings coffee and juices all over the Peninsula -- by bike.

Elroy’s Fine Foods is ready to show off its natural wine bar.