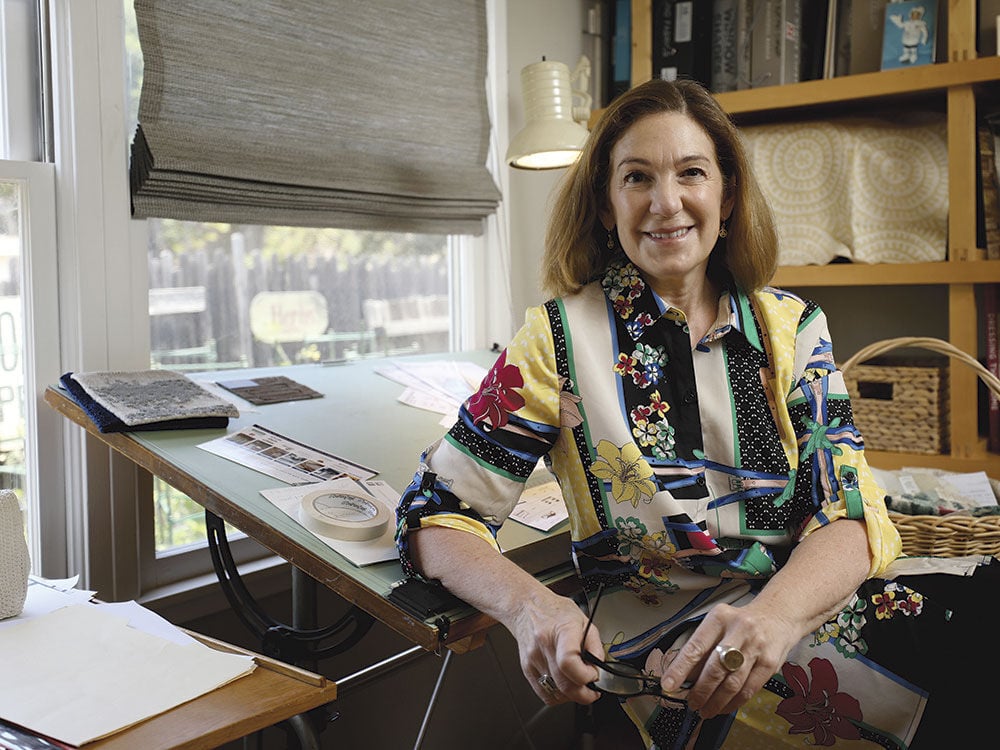 Interior designer and certified aging in place specialist Helaine Tregenza counsels clients to think ahead. “We think we’re not aging and then all of a sudden something as simple as arthritis sets in,” making changes like levers instead of doorknobs a good idea.

Interior designer and certified aging in place specialist Helaine Tregenza counsels clients to think ahead. “We think we’re not aging and then all of a sudden something as simple as arthritis sets in,” making changes like levers instead of doorknobs a good idea.

All it takes is a trip on a rug or a misstep on a dark stairway to turn a life of independence upside down. It happens far too often, especially for older adults. About 30 percent of Californians age 65 and older have experienced a fall according to the U.S. Centers for Disease Control. Besides the pain and the threat of losing independence to a permanent disability, the economic cost is high. The CDC estimates it costs over $50 billion annually nationwide for nonfatal falls and more than $750 million on fatal falls. In California, the CDC estimates the cost of falls to be over $4.3 billion annually.

Since around 90 percent of people in the U.S. surveyed say they want to grow old in their homes, according to the AARP, but only 1 percent of the 100 million homes in the U.S. were actually built with older and disabled adults in mind, the nonprofit and lobbying group has spent the last couple of decades advocating for what’s known as aging in place, making adjustments to one’s home. They may be as small as securing a rug or using a higher wattage lightbulb all the way up to renovation projects to accommodate wheelchairs and walkers.

She’s one of a growing number of professionals who are getting certified in aging in place. The need is there: The population of those age 65 and over – 77 million – is expected to eclipse those age 18 or older for the first time ever in the year 2034, according to the U.S. Census Bureau.

Tregenza’s interest in becoming a certified specialist grew out of learning about the concept of universal design, a foundation of aging in place. Universal design aims to create environments that most people can use regardless of ability. “A good example is a touchless faucet, or going back further, changing door knobs, from one you have to turn to a lever,” Tregenza says. “We probably see a lot of it in commercial spaces that now we take for granted. Aging in place takes it a step further.

“As I age, I notice that there are things that I will, or would, or have changed in my own home, to make things either easier or safer,” she says. “It could be little things like lighting, or getting rid of tripping hazards or widening doorways.”

“What can we do to make this home user-friendly?”

Sometimes changes are immediately needed after a medical emergency, but some people who have no issues now are looking ahead to the future. While redoing a bathroom, Tregenza may suggest to a client who has no physical limitations they add a zero-transition shower, create a wider doorway for walkers or wheelchairs or incorporate grab bars, for example. “It’s problem solving. That’s how I look at interior design as a whole,” she says. “What can we do to make this home user-friendly?”

For those who fear such changes will give their bathrooms the look of a hospital, Tregenza says that’s not the case. “Materials have come a long way and there are a lot of things that you can do,” she says. “They can look really gorgeous.”

The fixtures industry has caught up and is offering stylish choices of grab bars, for example. “Now there are really nice-looking grab bars available in all finishes and sizes,” says Carlos Gopar, manager of Del Rey Fine Plumbing & Hardware in Seaside.

Not everyone likes to believe they are getting old, or if dementia is in play they don’t realize they need to make improvements. Tregenza sometimes becomes an objective third-party expert for adult children helping resistant parents. She can diplomatically point out that making changes could keep them from having to go into a care facility.

It’s not just the emotions of leaving one’s home that’s involved. The cost of entering a retirement home or assisted living facility can be far greater than making adaptations in a home.

“Once the changes start to get made or you explain the changes you are going to make, I can tell you people are always happy at the outcome,” Tregenza says.

Linda Martin-Hellyer uses photography to remember her late husband -- and heal her grief.

Lynn’s Arcade had barely opened when Covid struck; they’re roaring back to life.