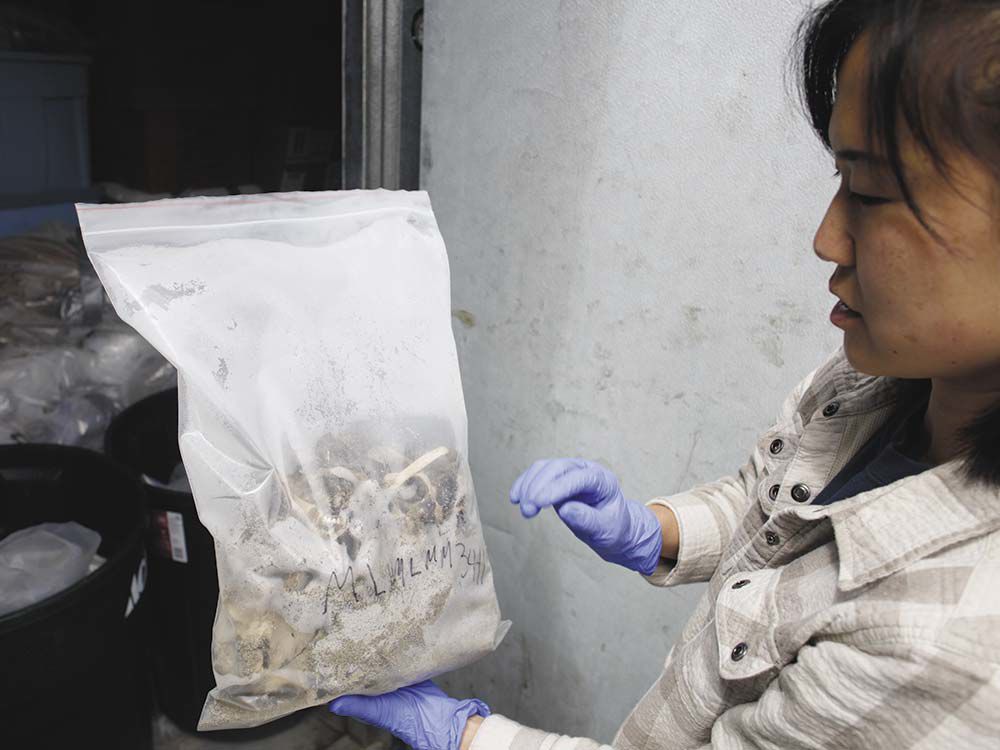 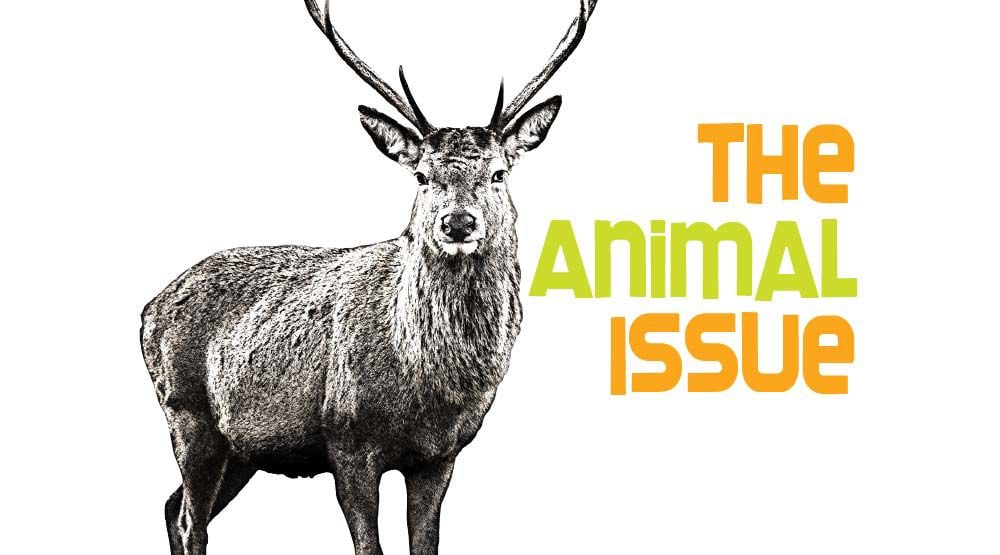 Driving a Toyota pickup at dusk on July 8, Sharon Hsu zooms past sand dunes and artichoke fields before pulling into the driveway of the Moss Landing Marine Laboratories. She’s a graduate student and stranding network volunteer, responding to marine mammals that are stranded – meaning injured and in need of intervention to survive, or dead—and Hsu’s role sometimes takes her diving into power plant dumpsters.

Today, Hsu has collected a skinny yearling male sea lion discovered under the Monterey Bay Aquarium. The body is fresh enough to freeze for a necropsy, an animal autopsy.

After parking, she looks at the small animal – its size emphasized by the otherwise empty truck bed – and takes a heavy breath. She opens the gray trash bag holding the body, and the damage is immediately clear: The animal was too thin for his age and suffered a laceration from a black bungee cord tied and stapled closed around the neck.

When dead marine life show up on the beach, it’s someone’s job to report to the sight and investigate the animal. That job in Monterey County falls to the stranding network, operated by graduate students at MLML. (The Marine Mammal Center responds to live strandings, while MLML handles dead animals.)

Lauren Cooley, also a grad student and data manager for the standing network, collects her clipboard to record data on the young sea lion. They record the sea lion’s length, identify the sex and photograph the animal and the laceration, which cut deep through his skin. “When there is an obvious human interaction, like an entanglement [from a bungee cord], definitely there’s a lot of emotion involved,” Hsu says. “It’s really sad and it honestly makes me angry because – I don’t know – I guess it’s like people are not being responsible with the things they are putting out in the ocean.”

But this is not a time for grieving – they record the immediately available data, then Cooley and Hsu package the sea lion into a thick, clear plastic bag with an identification number, then take it to a walk-in freezer. The freezer is already crowded with other animal bodies; they repeatedly try to close the door, fighting the overflow.

In 2018, there were a total of 121 dead strandings in Monterey County, 116 pinnipeds (seals and sea lions) and five cetaceans (gray whales and dolphins) processed in Moss Landing. As of July of this year, there have already been 121 total strandings, 75 of which are California sea lions – about a 350-percent increase from this time last year. Cooley says it became clear this summer that the numbers were unprecedented, but she probably knew as early as January that the strandings were unusually high.

Not all stranded animals die from human interaction. Many factors contribute, including domoic acid, a neurotoxin produced by certain types of algae. “It’s a neurological impairment for the animals,” Cooley says. “Often times they will be seizing [from domoic acid poisoning], and if you’re seizing underwater, you drown.”

Another possibility is a food shortage; many of the sea lions recovered this year are skinny for their age.

There’s also the human factor. Some dead mammals are mutilated or have been shot, according to Shawn Hannah, another MLML graduate student and the coordinator for the stranding network. In 1972, the Marine Mammal Protection Act was one of many legislative actions to protect wildlife within United States waters. However, unless there is proof, it’s nearly impossible to track down suspects for intentional killings.

Included in the body count is a critically endangered species, the Guadalupe fur seal. Their die-off has been formally declared as an unusual mortality event by the National Oceanic and Atmospheric Administration. The team at MLML has found 12 so far this year, as opposed to three or four per year in the past. When an unusual mortality event is declared, a national stranding network kicks into gear, with local groups like Moss Landing sharing their data.

In some cases, animals must be left where they are found. There are times where they cannot bring in the animal from an obscure location or the body has already decomposed too much to be collected for a necropsy. Other times the animal is too large, like whales, to store at all.

“It’s not about cleaning up the beach,” Hsu said. “It is to get long-term data on what’s stranding, why it’s stranding and if we can figure that out.”

This story has been updated to reflect the following correction. Lauren Cooley's surname is Cooley, not Colley, as originally reported.