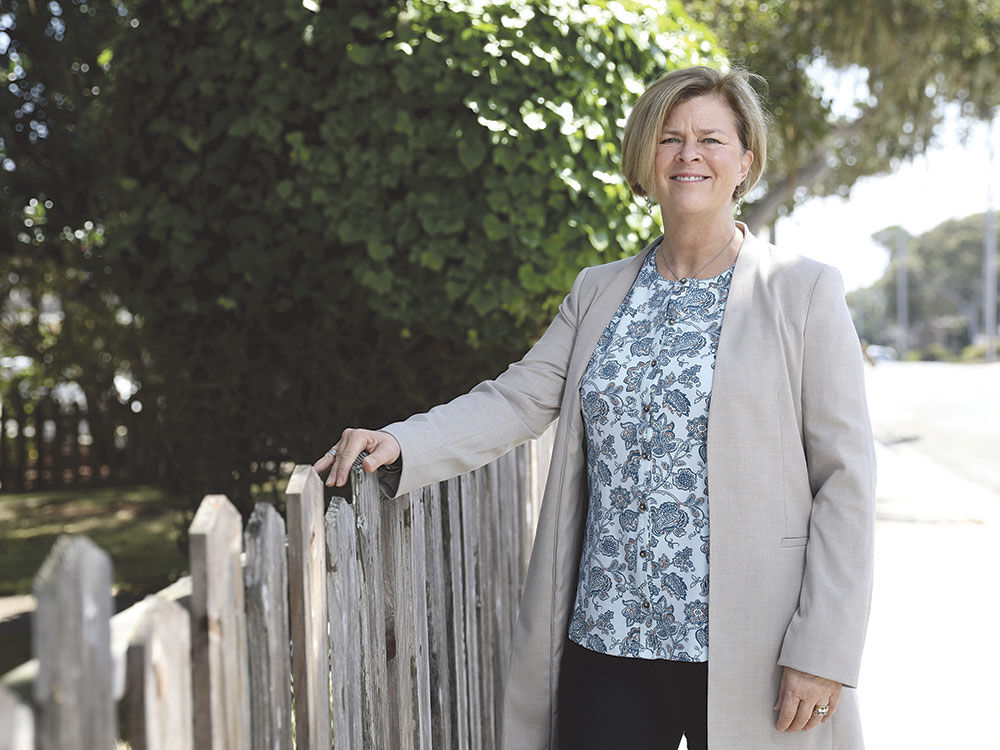 Susie Brusa has a long list of leadership roles besides her job as district director for Congressional District 20, including serving on the boards of the Arts Council for Monterey County and Community Alliance for Safety and Peace.

Susie Brusa has a long list of leadership roles besides her job as district director for Congressional District 20, including serving on the boards of the Arts Council for Monterey County and Community Alliance for Safety and Peace.

When people think about Susie Brusa, they might first think about leadership – she was CEO of nonprofit Rancho Cielo for 12 years, and in her new role she helps constituents in the 20th Congressional District as Rep. Jimmy Panetta’s district director – but her path to leadership roles came about unexpectedly.

During high school she was a “band geek” and in college she was a principal flutist and played in Claremont College’s orchestra. Her college thesis was titled “Shakespeare’s use of a song.” At the time, Brusa was mostly impressed with 17th-century writers.

When she was 22, this Southern Californian had her life figured out: After finishing her English degree she would be pursuing a PhD in English literature, but the 1984 Olympics got in the way. She became part of the Los Angeles Olympic Organizing Committee. Her friends then motivated her to apply for a job there, “so I did and it changed the whole course of my life,” she says. “I had no idea that I liked working in business or that I liked supervising people.”

Instead of going to grad school she started her career in business at Pacific Bell and worked her way up to becoming a vice president of sales, running a statewide organization. Later on, she started a consulting firm, then left when she became Rancho Cielo’s CEO. “I really wanted to run something that would make a difference,” she says.

Brusa plays the flute once again, now at the Episcopal Church at Corral de Tierra.

Weekly: You mentioned Rancho Cielo was your baby. How did you feel when you had to hand it over?

Brusa: I’m so proud. I didn’t feel like I was leaving unfinished business. There is still a lot to do, don’t get me wrong, but I was so proud of what has been accomplished and how strong it is that I didn’t feel at all worried.

You worked for 12 years at Rancho Cielo, which offers education and career training to young people who are not succeeding in a conventional academic setting. What are the most common misperceptions about under-served youth?

That these kids have all made bad choices. What people really don’t understand is the depth of character that some of these youth have to exhibit every single day, just to get to school, that some of the barriers they have are significant, and they’re not of their own making. I don’t say that because I want people to feel sorry for them. That’s not what they want, either. They just want a chance. They want a hand up, not a hand out.

You saw hundreds of students study and graduate from different programs at Rancho Cielo. Is there a success story you can share with us?

There are so many! One that’s on my mind right now, because he just called recently, is a young man named Anthony who graduated from the culinary academy. He got a job at the local In-N-Out to help pay his bills. He’s now managing an In-N-Out by the San Jose airport. That’s just one, but there are dozens of stories like that.

Which was one of your favorite dishes at Rancho Cielo?

They make shrimp and grits. That’s delicious. But you know, the menu is seasonal. So I might say something that then someone wants to order and it won’t be on the menu! The salads are good too.

Who is your biggest influence?

I think my husband, because he is just a truly kind person. My parents; my mom was a very kind and gracious person and my father was a judge. I remember him telling me once that he felt so lucky, because not very many people got to go to work every day and do what they really thought was right, and that was a big influence on me too.

If you could go back in time, what would you say to your younger self?

I would tell her to be nicer in her 20s. When I started my career I was just really a hard driver and about achievement and getting the job done.

What advice would you give to young people, especially to those who feel hopeless?

There’s nothing wrong with you. You have something to contribute. And if you don’t know what that is right now, that’s normal. At 22, I thought I knew exactly what I wanted to do and then I completely didn’t want it. I completely changed because of my experience at the Olympics. Young people get so down on themselves and the fact is that it’s just age-appropriate not to know.

From the kitchen to the ICU, a DACA recipient worked her way to becoming a respiratory therapist.

A life coach talks about her journey as an entrepreneur, and the benefits of talking it out.

A competitive spirit and persistence pays off for Seaside Fire Chief Mary Gutierrez.

Cars inspired a local photographer, who has spent decades zooming in on details of Car Week.